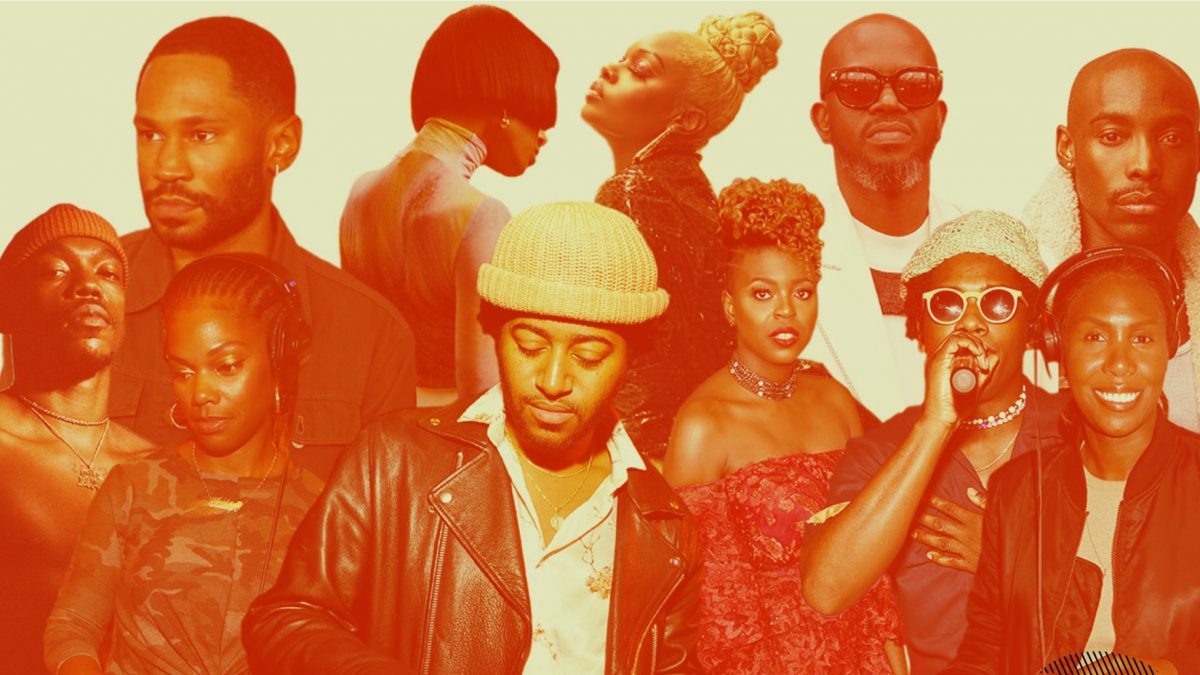 Like the myriad of musical genres inspired by Black people throughout history—jazz, R&B, country, and more—house music was born out of a predominantly Black and queer nightlife scene, with the godfather of house, Frankie Knuckles, pioneering the distinctive sound in 1970s Chicago.

House music is now making a solid comeback to the forefront of Black music in 2022, with megastars like Beyonce and Drake releasing house music-inspired tracks. “Break My Soul” featuring Big Freedia seems already inescapable while scrolling our social media feeds. Just days before it was released, Drake surprised fans with “Honestly, Nevermind,” who listened to his house-influenced production in awe.

The reclaiming of the genre is here by famous Black artists. But Black artists and DJs never really stopped influencing house music, with plenty of DJs, singers, and producers contributing to the scene today, including Kaytranada, Austin Millz, Muzi, and more!

For your pleasure, The Shade Room has compiled a list of Black House Music artists who deserve their flowers for keeping what Black artists started alive. Here’s our list of house music artists today you should get into, pronto:

You may have already seen Austin Millz on social media platforms like Instagram and TikTok, as the genre-blending artist mashes up viral mixes of hip hop, R&B, and dance music. Hailing from Harlem, no song or melody is off the table for one of his dance-inspired mash-ups, including his recent mix of the “Reading Rainbow” theme song.

“Growing up in Harlem, I’ve grown up surrounded by the legacy of dance music which spread to our city from Chicago. House music is black music, and we have such a long way to go with the true roots of house music being better represented on electronic festival lineups and bigger stages. The time is now. I really hope that my music can help younger artists and inspire people to reach for their goals and show that if you look like me, you can make house, or whatever genre you want to make”

Austin’s latest mash-up is an official remix for the Queen lamb herself, Mariah Carey. Check out the Austin Millz mix of “Always Be My Baby” HERE.

Muziwakhe Mazibuko, better known as Muzi, a.k.a. Zulu Skywalker, is a famous South African DJ, singer, songwriter, and record producer. His breakout moment came when his second album, Afrovision, earned him worldwide acclaim. Muzi is considered a leader in a new generation of post-apartheid South African millennials who influence music, fashion, and culture.

Canadian-born New York City singer-songwriter SeeMeNot is a rising talent to watch. Her 2020 debut mixtape, ‘Long Overdue: The Sound of a Revolution,’ is dedicated to the Black Lives Matter movement. The revolutionary house music has been self-released on her Brainstream Music imprint.

Channel Tres of Compton, California, is a producer, DJ, musician, and artist whose style and aesthetic make him one of the most buzz-worthy names in music. His music blends smooth house tunes with laidback raps and breezy West Coast whistle synths.

His latest album is called “Refresh” and is available everywhere.

Kah-Lo is a Nigerian singer-songwriter best known for her song ‘Fasta’ and her work on ‘Rinse and Repeat’ with British DJ, Riton in 2016. The track was subsequently nominated for Best Dance Recording at the 59th Grammy Awards.

Kah Lo’s latest release, “Drag Me Out,” is available everywhere music is streamed.

Who hasn’t heard of Kaytranada? The Haitian-Canadian record producer and DJ rose to prominence since beginning his career under the alias Kaytradamus in 2010. Offering up hip-hop-infused house mixes, Kaytranada has produced for a range of famous artists, including Teedra Moses, Chance the Rapper, Robert Glasper, Lauren Faith, Mick Jenkins, H.E.R., Snopp Dogg, Freddie Gibbs, and Alicia Keys. His latest collaborative project is with IDK, titled “Simple.”

Detroit native Ash Lauryn migrated to Atlanta in 2007, where she joined the Deep South DJ collective. Ash balances the old-school house head foundation and a digital age suaveness, blending her skills as a DJ, writer, curator, and radio host to champion black dance music. You can catch Ash on tour this summer, everywhere from NYC to Ibiza.

Electronic-soul house music artist-producer-DJ Brandon Lucas is making a name for himself on the house music scene with his smooth crooning over dance floor tunes. Like his early fall 2020 single release “Got That Hope,” which features Dr. Cornel West. His music also showcases lyrics with themes around Black experiences.

South African artist and DJ Nkosinathi Innocent Maphumulo, aka Black Coffee, gradually built his legacy over two decades to become the most prominent African DJ. On the day of Nelson Mandela’s release from prison, Black Coffee lost the use of his left arm when he was one of the dozens of people run down by a taxi driver in a politically motivated attack.

But that didn’t stop him from pushing boundaries with his talent. In 2010, Black Coffee attained the Guinness World Record for the longest-ever DJ set when he played for 60 hours nonstop. His international success was also stamped when he won Breakthrough DJ of the Year at the 2015 DJ Awards in Ibiza and Best African Act at the 2016 BET Awards.

He snagged Grammy in 2022 for Best electro music/dance album with “Subconscious.”

Washington, D.C. native Lolita Leopard aka The Leopard Lady, is a stand-out singer-performer on the house music scene. Lolita also co-wrote and co-produced all the music for Season 3 winners, the “House of Juicy Couture” on the HBO series “Legendary,” winning the televised competition as a member of The House of Juicy Couture. Currently in L.A., tearing up the dance music scene, Lolita is determined to keep her name in house music conversations with her live performances.

Lolita’s latest single releases are “Crossover”, and “My Name” with Marco Faraone on all streaming platforms.

Honey Dijon is a popular DJ-producer-music from Chicago, making waves with her house music mixes. Honey has also collaborated with the likes of Louis Vuitton and Dior for several years, providing soundtracks for their runway presentations.

She has been a vocal advocate for trans rights and awareness, speaking from her experience as a black trans woman DJ in dance music.