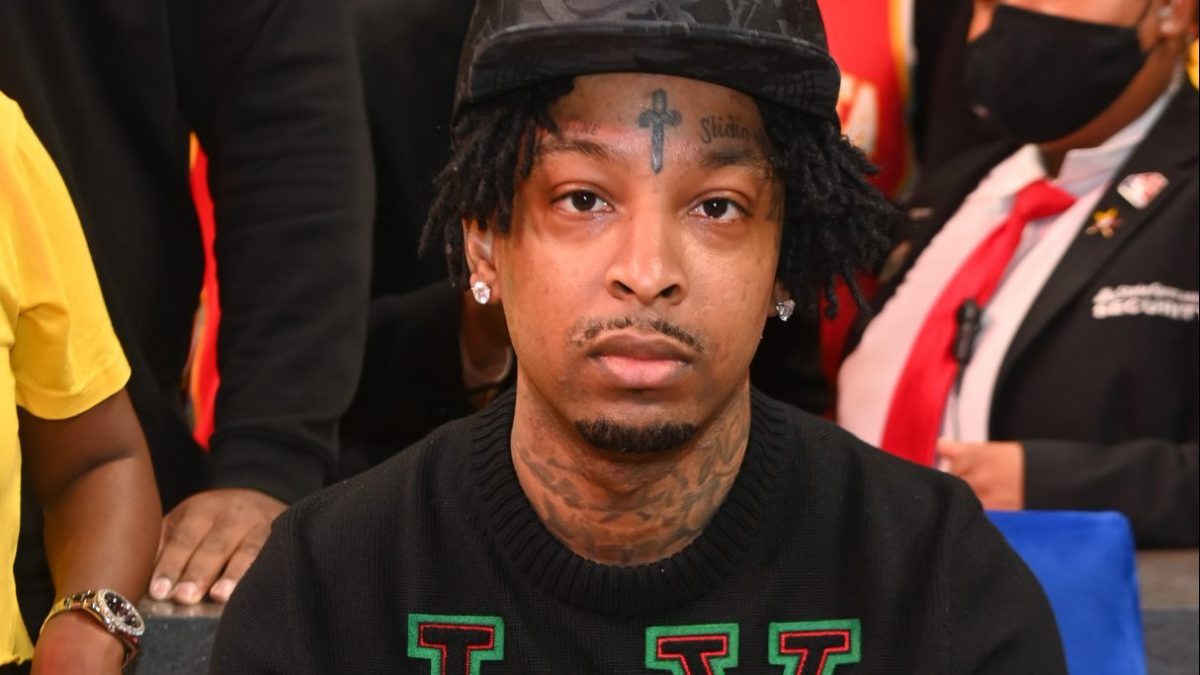 On Monday, 21 Savage tweeted that his city needs to do better as he encouraged people to put the guns down. However, some folks started to bring up some of his lyrics and called him a hypocrite. Nonetheless, he made it clear that his music is for entertainment while addressing those who tried to speak down on his message about ending the gun violence in Atlanta.

A fan then responded to his tweet, with his lyrics from “Jimmy Crooks,” which is Drake’s latest single where he is featured. At the start of his verse, he raps, “Spin the block twice like it ain’t nowhere to park.”

21 responded to the fan and said, “A Song Is For Entertainment It’s Not An Instruction Manual On How To Live Life In Real Life I Give Away A lot Of Money And Spread Financial Literacy To My Community Stop Trying To Make Me 1 Dimensional.”

21 Savage later took to his Instagram live to further speak about the situation, and explain how hurt he is seeing all of the deaths that are taking place in Atlanta due to gun violence.

He said, “When I say something about how I really feel about Atlanta, about where I’m from, it’s like a lot of gun violence, a lot of shootings going on and I ain’t never seen nothing like this, like my whole life being in Atlanta, I never seen it at this point where it’s at right now. Babies getting killed, that sh*t just sad, that sh*t makes me depressed.”

21 then addressed those who criticized his message and said, “I ain’t never promoted violence, I just rap about what I’ve been through, what I’ve heard about, what I saw. That ain’t me promoting violence.”

As he continued to explain that he says a lot of catchy things in his music, he also explained that if he were to rap about other topics such as Jesus Christ or turkey drives, then his music wouldn’t be as popular. He shared there are so many positive things he does for his community without publicizing it for attention because he doesn’t do his good deeds for recognition, but because he wants to.

Check out his message below:

Colin Kaepernick And Nessa Welcome Their First Child Together!

Tessa Thompson Stepped On Necks With Her Red Carpet Looks At The Venice Film Festival!