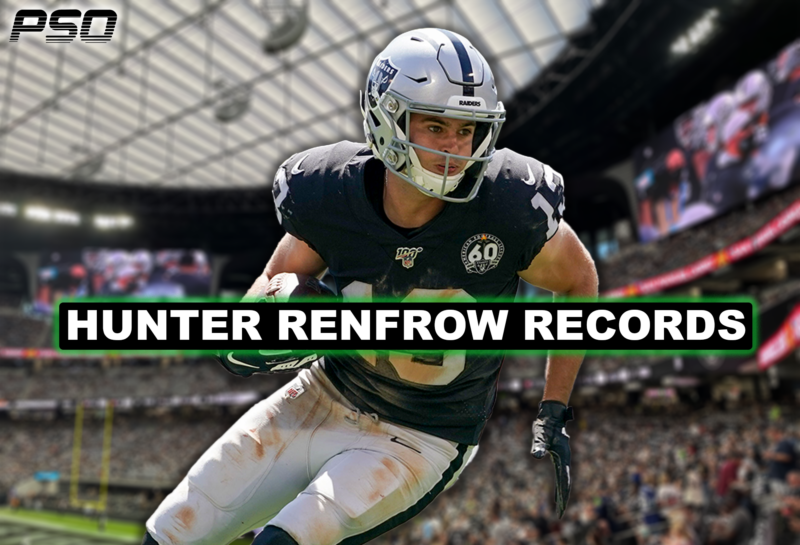 Taken late in the 5th round at No.149 of the 2019 NFL Draft by the then Oakland Raiders, the 5’10” wide receiver began his career with relatively low expectations. Hunter Renfrow would mainly contribute off the bench during his first two seasons, only starting in four games in 2019 and six in 2020. However, the Las Vegas Raiders noticed his quality production despite limited playing time. In his third season, Renfrow was given more responsibility and rewarded the organization with a breakout season that culminated in his first Pro Bowl appearance.

The South Carolina native stayed close to home, attending Clemson University where he built an exceptional college resume. During Renfrow’s four years at the college football juggernaut of that time, he won two National Championships, one in 2016 with superstar QB Deshaun Watson and the other in 2018 with freshman phenom Trevor Lawrence. Renfrow’s college career is often remembered by his game-winning touchdown catch against Alabama in the 2018 National Championship that put him in the global spotlight.

Renfrow solidified himself as one of the NFL’s top slot receivers in 2021, despite a tumultuous year for the Raiders organization where they saw Head Coach Jon Gruden step-down after some questionable emails were leaked and fellow WR Henry Ruggs was released after being responsible for a fatal car crash. The former National Champion finished 2021 top-10 in the NFL for receptions and broke the 1,000 receiving yard mark for the first time in his career, leaving the Raiders with the easy choice of extending him with a $32 million dollar contract.

Here are some of the greatest records to know about Hunter Renfrow: