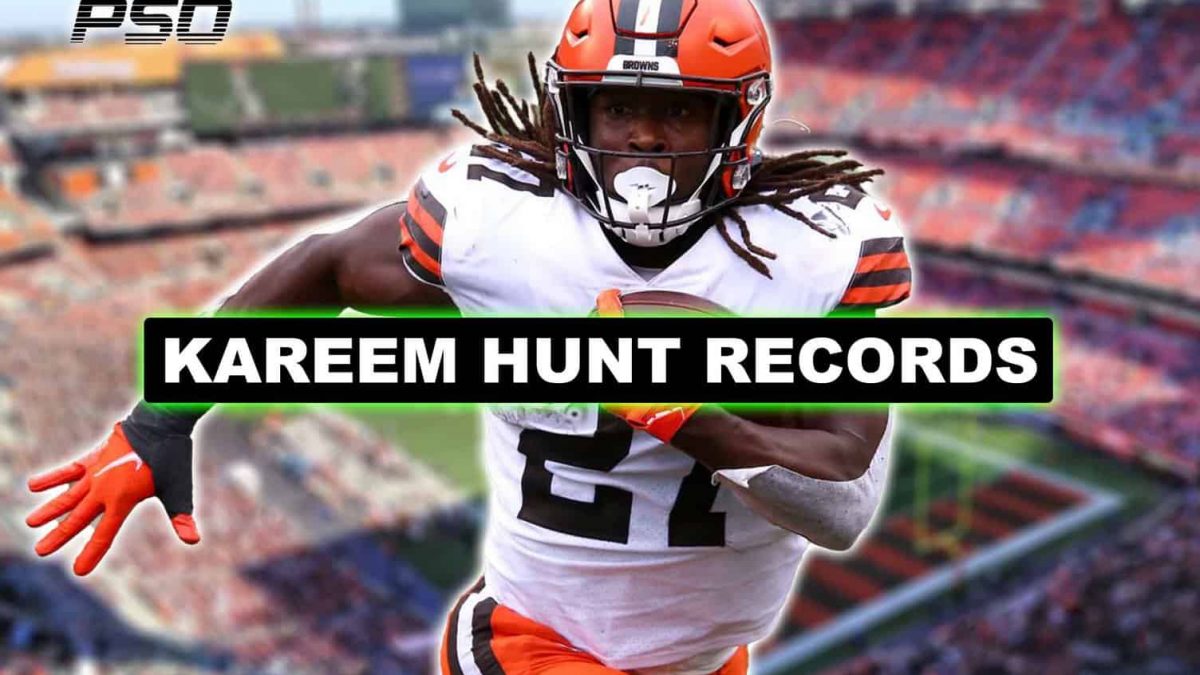 3 Records That Show How Great RB Kareem Hunt is

Growing up in Willoughby, Ohio, Kareem Hunt was no stranger to the Midwest, which made for an easy transition to playing at Toledo University. The 5’11”, 215-pound Running Back exploded onto the college scene with his insane dual-threat skillset, notching three 1,000-yard seasons against MAC competition. Although he posted extremely prolific numbers at Toledo, a lack of competition left scouts questioning whether Hunt could be an NFL star. This led him to slide to the third round, where he was taken 86th overall by Kansas City.

Kareem exploded onto the scene in his very first NFL game, overcoming an early fumble (after not losing a single fumble in College) to go for 246 scrimmage yards and 4 TDs against defending champion New England. The Toledo product kept it going throughout 2017, utilizing his strong, explosive running style combined with a Le’Veon Bell-esque receiving ability to put up 1,782 total yards and 11 TDs, earning a Pro Bowl selection and ROY consideration. Hunt continued to succeed until a domestic violence scandal caused KC to cut him in his second season.

The Ohio native was picked up by Cleveland, where he would form a lethal two-headed monster out of the backfield alongside stud RB Nick Chubb. After contributing a solid half-season in 2019, Hunt returned to his dominant self during 2020 working with Chubb to pick apart opposing defenses as one of the best RB pairings ever. Kareem’s combination of physical downhill running, electric speed, shifty cutting, and Wide Receiver-like catching ability has allowed him to be one of the most productive backs in the NFL.

Here are some of the greatest records to know about Kareem Hunt: