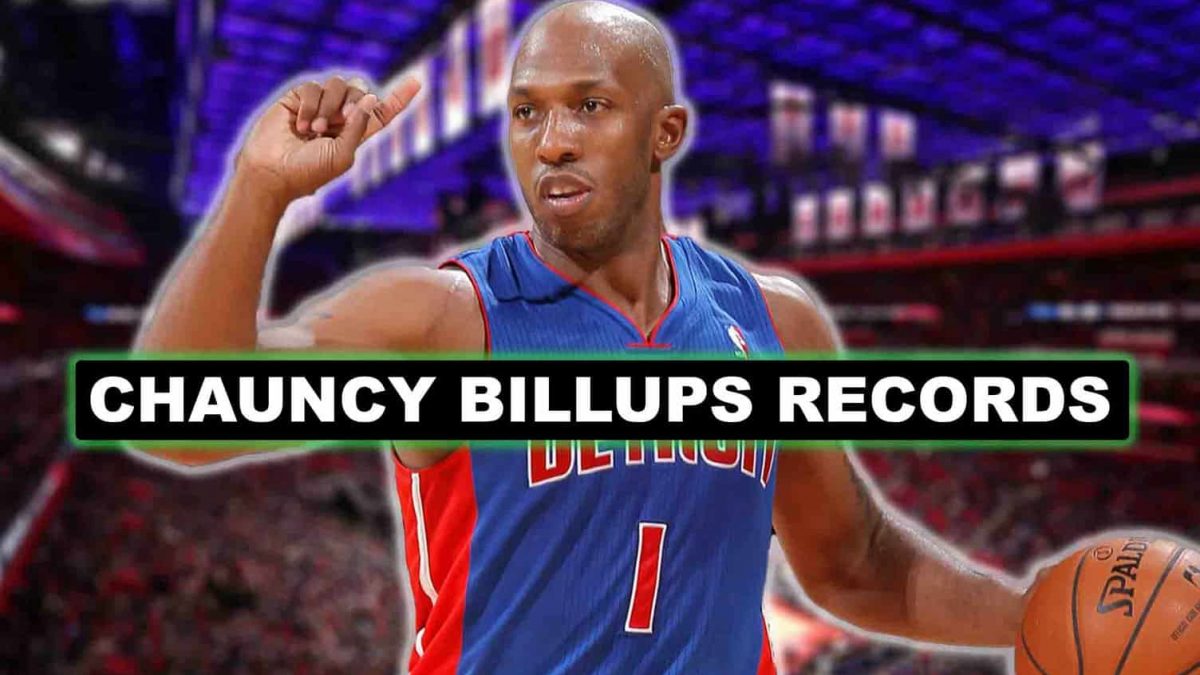 Chauncey Billups was drafted third overall in the 1997 NBA Draft by the Boston Celtics. Despite high expectations coming out of college, things did not go according to plan, as the Celtics traded Billups to the Toronto Raptors in 1998 just 51 games into his rookie season. After being traded again by Toronto to Denver and then to the Minnesota Timberwolves in 2002, Billups recorded a breakout season and signed a five-year, $35 million contract as a free agent to be the floor general of his longer-lasting home, the Detroit Pistons.

The Colorado native originally chose to stay close to home and play college ball at the University of Colorado Boulder. Billups, nicknamed “Mr. Big Shot” later in his NBA career, had his fair share of options, as he was selected to the 1995 McDonald’s All-American Team. After one outstanding season with the Buffs, Billups declared for the 1997 NBA draft, where only two prospects were selected before him, Tim Duncan and Keith Van Horn.

Although it took a few seasons for “Smooth” to find his rhythm, he never looked back once he did. Billups became a 5x NBA All-Star and helped the Pistons bring a Championship to the Motor City in 2004. The 6’3 Point Guard earned the Finals MVP award due to his clutch ability, leadership, and demeanor amidst a productive series. He spent the latter part of his career in Denver, where he continued to impress. The former top-3 pick could go down as one of the best Pistons ever with plenty of records to cement his legendary status.

Here are some of the greatest records to know about Chauncey Billups: