Home > Sports > 4 Records to Show How Great Steven Jackson Was 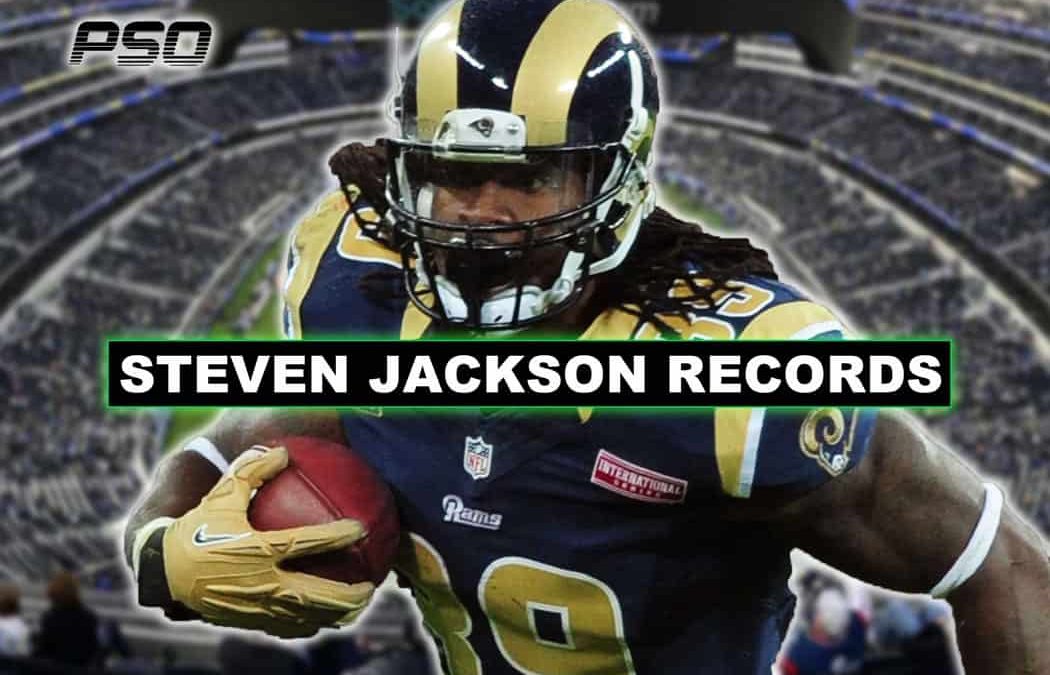 4 Records to Show How Great Steven Jackson Was

Steven Jackson was selected in the first round (24th overall) of the 2004 NFL Draft by the St. Louis Rams. Jackson had extremely high expectations, as he was the first Running Back off the board, and the front office did a lot of maneuvering to get him. The Pac-10 RB signed a five-year, $18.73 million rookie contract and was expected to be the successor for the NFL legend, Marshall Faulk. In 2005, Jackson took over the backfield and recorded his first 1,000-yard rushing season, which was a sign of things to come.

The Las Vegas native chose to attend Oregon State University, where he recorded career totals of 3,625 rushing yards and 39 rushing touchdowns in just three seasons. Concerns about a knee injury became evident before the Draft, but the opportunity was too appealing for the Rams to pass on the 6’2 power back, who had elite quickness, size, and reliable hands to be a complete three-down weapon.

In 2006, #39 built off his first 1,000-yard season and became a force to be reckoned with, earning his first Pro Bowl selection. Jackson recorded eight consecutive 1,000+-yard rushing seasons as a Ram and earned two more Pro Bowl nominations. In 2013, Jackson signed a three-year contract with the Atlanta Falcons, where his age negatively impacted his performance. Despite struggles towards the latter part of his career, Jackson was an NFL great with many records that cement his legendary status as one of the best Rams rushers ever.

Here are some of the greatest records to know about Steven Jackson:

Woman Killed By Ex-Husband After Talking About Divorce On TikTok