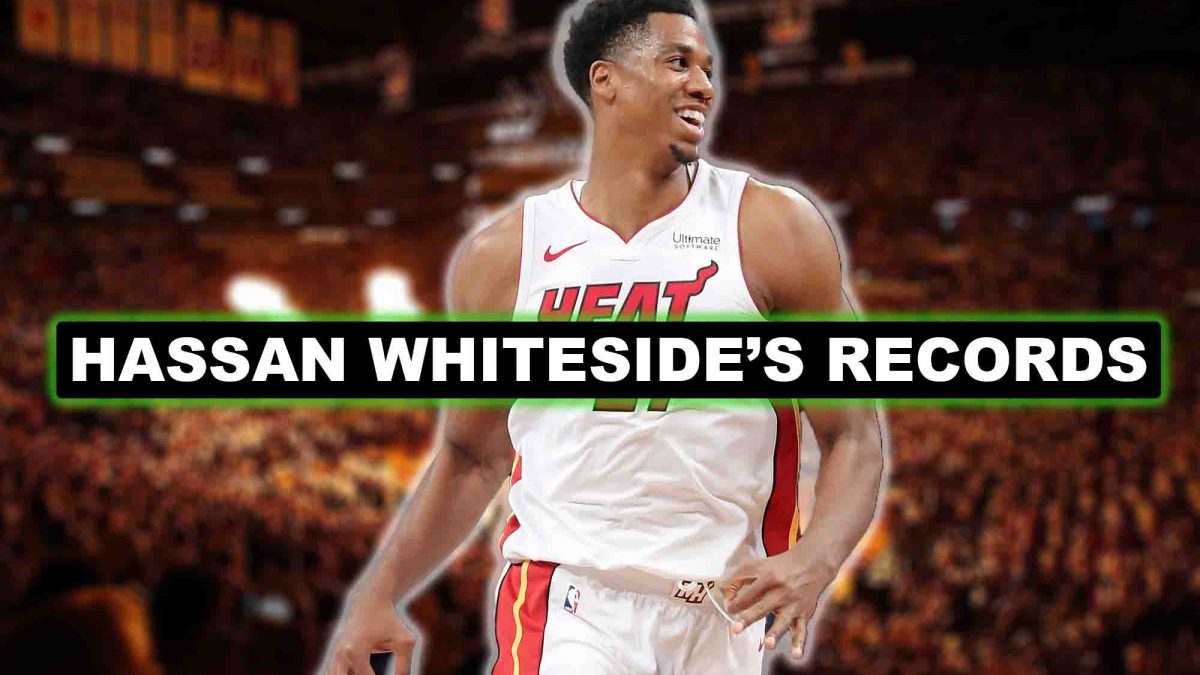 Hassan Whiteside was selected 33rd overall in the second round of the 2010 NBA draft by the Sacramento Kings, after playing one year of college ball at Marshall University. Whiteside struggled to see the floor much during his rookie season, only playing in one game, and after completing his sophomore season without much improvement, he decided to move overseas to play in Lebanon. After a short two-year stint playing professionally overseas, the Miami Heat took a chance on the gifted center in 2014, and he quickly impressed.

In his second year with the Heat, Whiteside proved why he belonged in the NBA as he led the league in total blocks and blocks per game during the 2015-2016 season. Whiteside’s 7-foot frame and 7’7″ wingspan were constantly on display, as he solidified himself as one of the most fearsome shot blockers in the Association. Following his breakout season, the Heat signed Whiteside to 4-year, $98 million dollar contract, ensuring the big man would stick around for a few more years

The rim protector continued his impressive run, leading the league in rebounds per game in 2017, following the signing of his massive deal. Whiteside would go on to average a double-double with 10+ points and rebounds per game during his entire time with the Miami Heat until his contract expired in 2019.

The famous shot blocker then signed with the Portland Trailblazers the next season, where he would once again lead the league in blocks and blocks per game. After just one year with the Trailblazers, Whiteside returned to the Kings but saw a drop in production. In 2021, he signed with the Utah Jazz for the veteran’s minimum, backing up 3x DPOY Rudy Gobert to form one of the best rim protecting Center combos ever.

Here are some of the greatest records to know about Hassan Whiteside: