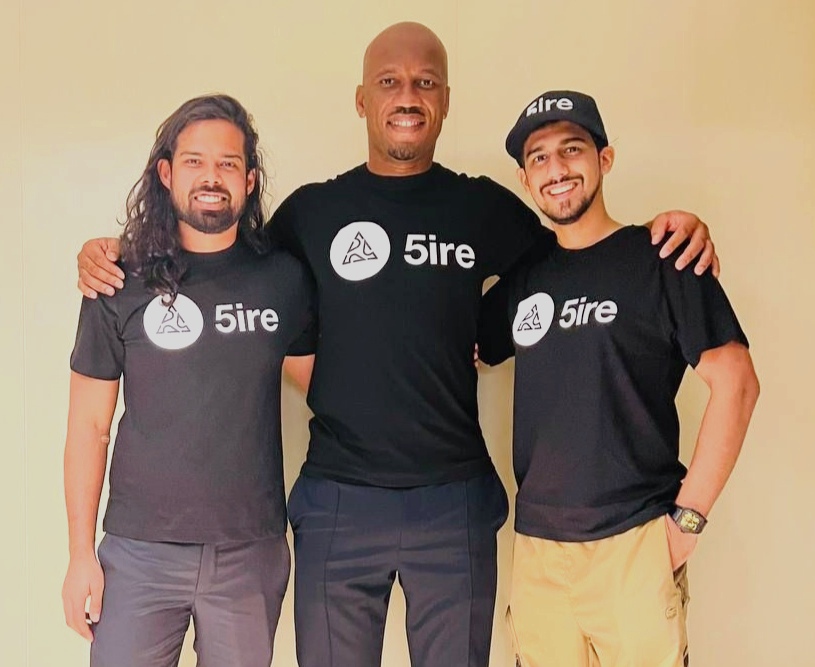 Didier Drogba, Chelsea Legend, and one of the greatest footballers turned social and environmental activists, has joined hands with 5ire, the 5th-generation blockchain network. Founded by visionary entrepreneurs from India, Pratik Gauri, and Prateek Dwivedi, 5ire signs up Drogba as their Business Advisor to work towards a shared vision of pushing the boundaries of sustainability and making this planet a better place.

As an advisor for 5ire, Drogba will leverage his network and the Didier Drogba Foundation to have more corporates and institutions on 5ireChain, the world’s first and only sustainable blockchain.

Former captain of the Ivory Coast national football team and its all-time leading scorer in professional football, Didier Yves Drogba Tébily, is one of the greatest footballers to have graced the sport. He is best known for his time spent playing for Chelsea, where he was chosen by the club’s supporters as the best player to ever represent the team. He has scored more goals for Chelsea than any other foreign player and is presently the fourth-highest goal scorer in club history.

Never one to shy away from social issues, Drogba is credited to have famously stalled a civil war in his country, on the day he led the Ivory Coast team to their first-ever berth in the Football World Cup finals. Since then, he has been known to have been actively involved in social causes, receiving an honorary degree in recognition of his contributions. His role in the peace process also earned him a place in the fabled Time magazine list of the top 100 most influential persons in the world in 2010. Having launched the Didier Drogba Foundation , which works towards helping provide better options for improving the lives and future of children, he has been working tirelessly with the vision of creating a better world for future generations.

On this occasion, 5ire’s CEO and Founder Pratik Gauri said, “Didier is a footballing legend and a superstar in the truest sense of the term. He is also an incredibly empathetic human being and an agent of change, who cares for this planet and its future. The work he has done over the past decade in bettering the lives of children has been phenomenal. He shares our vision of sustainability and making this planet fit for future generations. We are delighted to have him on board as 5ire’s business advisor and look forward to working with him towards a common goal.”

Speaking on this occasion, Didier Drogba said, “I have been working on social issues for more than a decade, and I have realised how societal and environmental factors are intricately intertwined. This is where I have felt that technology can play a part, to pave the path towards sustainability. My association with 5ire is a natural culmination of my experiences and beliefs and I am thrilled to partner with this cutting-edge brand, helmed by young tech visionaries like Pratik, and Prateek, who are working towards not only revolutionising the way the world does business, but to ultimately make the planet a better place to live in.”

Prateek Dwivedi, Co-Founder, 5ire , added, “Didier is an inspirational leader. Not only is he a legend of the world’s greatest sport, but he also happens to be deeply involved in the betterment of the world around him. His exploits in social and environmental activities, and his constant endeavor to make the world a better place for children and future generations, make him a natural fit for the 5ire ecosystem. We are delighted to have him on board and look forward to changing the world with him.”

The world’s first ever layer 1 sustainable 5th generation blockchain ecosystem, 5ire aims at serving humanity by changing the way the world does business: from a for-profit model to a for-benefit model. With twelve patents pending along with multiple proof-of-benefit consensus that it has built, this July, less than a year since its inception, 5ire became India’s 105th unicorn.

5ire is a blockchain ecosystem that focuses on the widespread adoption of blockchain technology by integrating sustainability, technology, and innovation to build the 5th industrial revolution (5IR). It was founded by blockchain proponents Pratik Gauri and Prateek Dwivedi in August 2021. The mission of 5ire is to increase the adoption of blockchain for worldwide benefit by embedding a for-benefit paradigm at the heart of the blockchain, highly incentivizing practices that align with the United Nations Sustainable Development Goals (SDGs), facilitating the transition from 4IR to 5IR, and accelerating the implementation of the UN 2030 Agenda for Sustainable Development. The company’s primary offering is 5ireChain, a first-layer, sustainability-driven 5th-generation blockchain that ensures adherence to the philosophy of 5IR, creating a net positive impact on the planet and serving humanity.

St. Louis Pastor Confronts Progressive Culture: ‘You’re Either Going to Conform or You’re Going to Stand Out and Be Controversial’

Methyl Methacrylate Market Size is expected to be worth USD 11,114 Million by 2030 at a CAGR of 4.8%, Owing to Rising Demand from the Automotive, Electronics, Construction, and Marine Industries

Growing at CAGR of 10.5% from 2022 to 2030, the Global Energy Harvesting System Market is Expected to Reach Market Size of USD 1,183 Million by 2030 Exclusive Report By Acumen Research and Consulting

In An Industry’s First, ICICI Lombard Risk Management Gets Patent for An IoT System