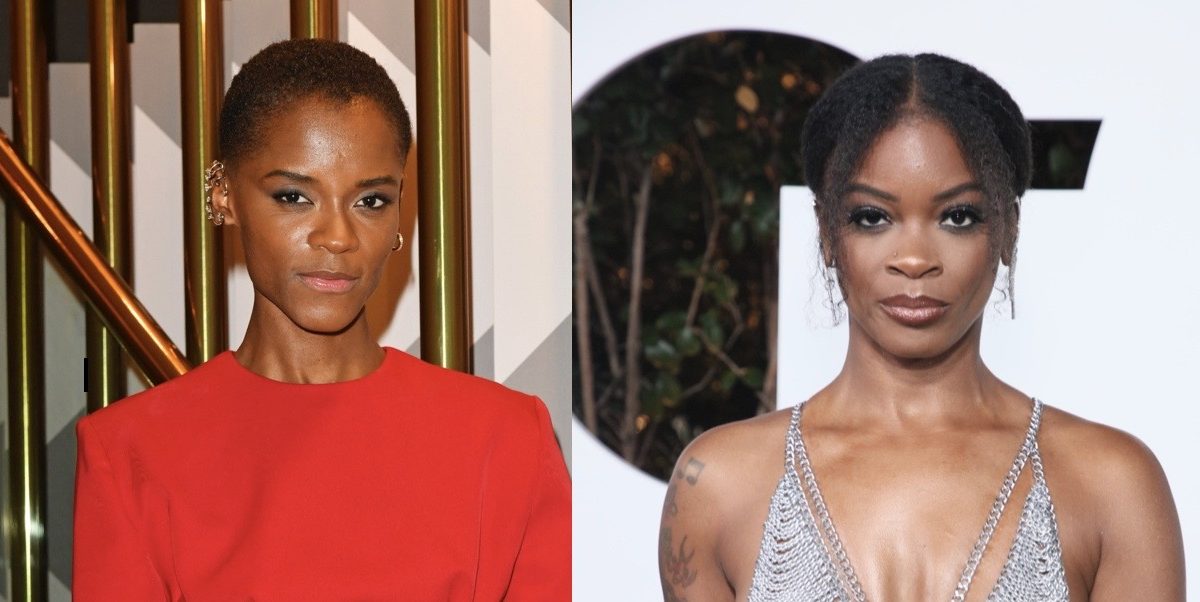 It’s safe to say that many people have heard “I saw someone who looked just like you” at one point or another. However, when it comes to celebs, being mistaken for someone else can be an all-too-common phenomenon.

Here are X Black celebrities who are believed to look alike.

First up, we have R&B singer Mario and comedian Chris Rock, who many “older white people” think bear a striking resemblance to each other.

think on this…. you ever seen chris rock & mario in the same room? pic.twitter.com/DHjH1azQFB

In fact, during a sit-down with VladTV, Mario dished on how often people mistake him for Chris.

“When I travel, at least two people [make the mistake]. Especially if they’re the older–it’s the older white people, like, always.”

Mario humorously went on to share that, upon actually meeting Chris, he jokingly asked the comedian if he could have possibly been his biological father.

Letitia Wright for The Guardian pic.twitter.com/QODQVRhtTt

In fact, people went as far as to unofficially dub Letitia the “evil Ari” on Twitter.

This had a lasting impact on Marvel fans.

Recently, a Twitter user uploaded a photo of Don Cheadle to wish Freddie Gibbs a happy birthday. Freddie took it in good spirits, though.

A reporter also jokingly confused the two earlier this year.

Thanks to a set of viral posts, similarities between Lil Mama and GloRilla—as well as Bow Wow and Wendy Raquel Robinson—were put on blast.

While the recent posts draw comparisons between four different celebrities, the GloRilla and Lil Mama similarities seem to have stuck the most.

Every time I see Glorilla I think it’s Lil Mama 😭

Musicians CeeLo Green and E-40 are two others who have been confused for each other.

A Twitter user recently ran into CeeLo Green, though she wound up tagging E-40 in the post.

Once she realized her mistake, she jokingly corrected herself by referring to CeeLo as “Charles Barkley.”

“Okay f**k y’all, you’re dumb as f**k if you guys thought I didn’t know this was Charles Barkley.”

Okay fuck y’all, you’re all dumb as fuck if you guys thought I didn’t know this was Charles Barkley

Finally, we have Regina Hall and Regina King.

On top of sharing a given name, these celebs have to share the experience of commonly being misidentified.

Guys. It’s beyond time for y’all to learn the difference between Regina King and Regina Hall. Like, come on. (Cuz y’all know the differences between all the Chrises!)

The amount of times I’ve had to correct people about Regina Hall and Regina King in these last few months alone tells me that people have not appropriately been appreciating them for the decades they’ve been slaying in Hollywood. Do better.

However, Regina Hall hilariously shared that there are some “perks” to the mix ups during a past speech at the New York Film Critics Circle Awards, People reports.

What other Black celebrity lookalikes come to mind?

In Victory for Religious Freedom, Student Will Be Allowed to Wear ‘Jesus Loves Me’ Mask at School