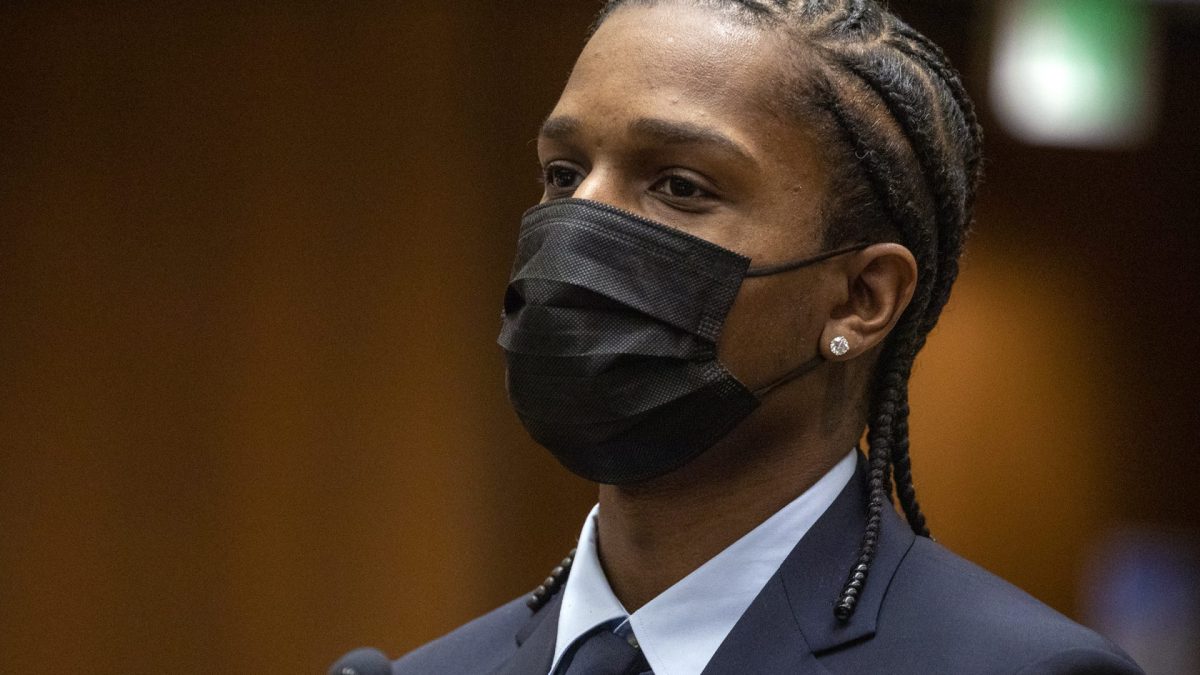 Earlier this week, A$AP Rocky was charged for allegedly shooting fellow A$AP Mob member A$AP Relli, and he has now made an appearance  in court for the incident.

According to Rolling Stone, on Wednesday, Rocky, whose real name is Rakim Mayers, appeared in court to enter a not guilty plea in the incident after he was accused of shooting A$AP Relli back in November 2021. He arrived with his lawyer, Sara L. Caplan, who entered the plea on his behalf, and his next court date has been scheduled for November 2, 2022.

Judge Victoria Wilson set in motion the protective order requested by prosecutors, which prevents Rocky from “possessing any firearms or ammunition and prohibits him from contacting or coming within 100 yards,” from Relli, whose real name is Terell Ephron.

In return, Caplan said to Judge Wilson, “We request that the protective order be mutual, your honor, because my client does not pose a danger.”

Judge Wilson responded, “As the case now stands, there is a case against Mr. Mayers. If one is subsequently filed against Mr. Ephron, we could deal with that then.”

The judge also ruled that Rocky should “clear dates” with the court first, when asked about his ability to travel for work.

Rolling Stone notes that Relli’s lawyer Jamal Tooson, was also present and approached Rocky and his team to serve him with a civil lawsuit. In the lawsuit it states,

“During this altercation and while in close physical proximity to the plaintiff, the defendant pulled out a handgun and purposefully pointed it in the direction of the plaintiff and fired multiple shots.”

The lawsuit continued to claim that Relli “was struck by bullet projectile/fragments,” which led to him receiving medical attention.

As previously reported, back in April A$AP Rocky was arrested at LAX after arriving from Barbados. He was later released after posting a $550,000 bond.

A$AP Rocky has been charged with two counts of using a semiautomatic firearm to assault Relli.

CCP-Linked TikTok To Crack Down On Election ‘Misinformation’, Partners With US Gov

How Black Entertainers Made The 2023 Golden Globes Trend

Diddy Spotted Out With New Woman Amid Photos With Shawntya

Math Teacher Receives A $30,000 Gift From His Students