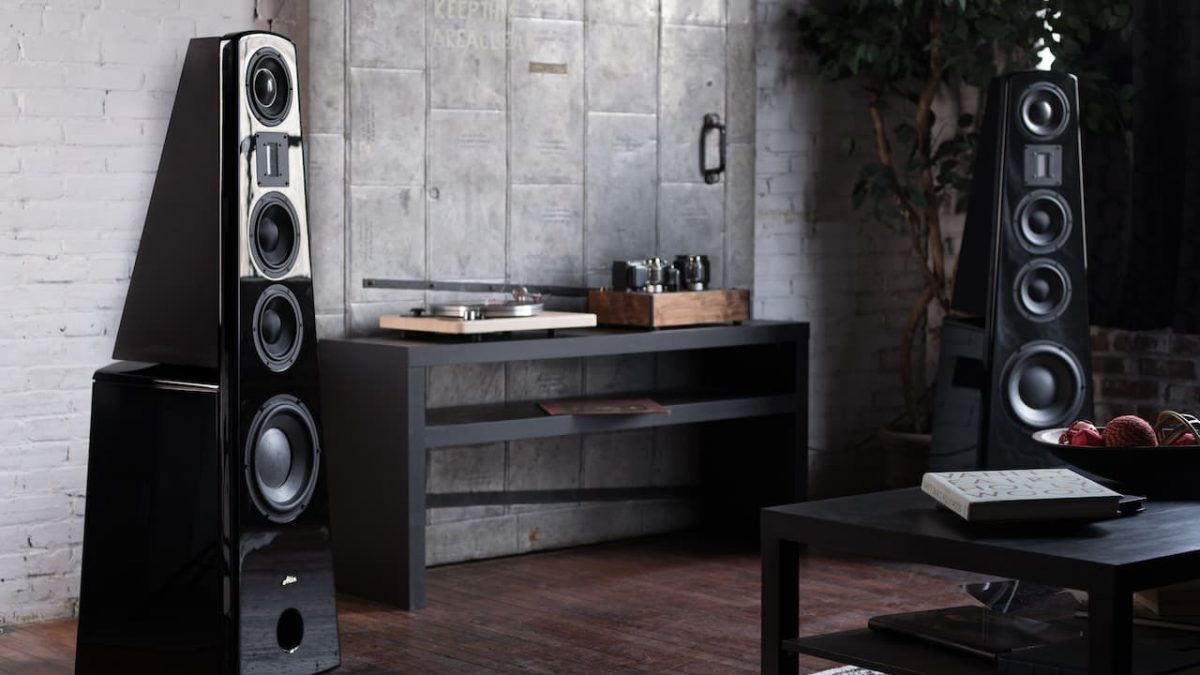 Our focus remains on components that most people can actually afford, and we rarely cover new products in the stratosphere unless we know from previous experience with the brand that their products are really, really good. Alta Audio makes some rather good loudspeakers; none that we can actually afford but I’ve listened to their products rather extensively and they didn’t leave me with the impression that the engineering wasn’t solid.

The new Alta Audio Hestia II Titanium Loudspeakers are making their debut today in New Jersey at the VPI House and we suspect the event will be standing room only.

The market for $37,000 loudspeakers isn’t huge — but that doesn’t stop manufacturers from focusing on it because there are audiophiles and other consumers interested in spending $100,000+ on a hi-fi system.

All the power to the people who can afford to do so. I would rather spend $37,000 on a new Ford Mustang but that’s just me.

The Hestia II Titanium (MSRP: $37,500 in piano black; additional finishes available), is, like its namesake, a three-way tower speaker with drivers arranged in an open-back D’Appolito configuration, in which midrange drivers are placed above and below the tweeter—creating a unified wideband pulse response that most closely mimics the original sound pulse, i.e., as close a replica to the original performance as humanly possible.

Alta Audio’s Founder, CEO, and Product Designer, Michael Levy, improves upon the original Hestia by updating the crossover with a design like that of the Adam floorstanding speaker, which was introduced earlier this year.

“The original Hestia Titanium is continually cited as a favorite by reviewers, dealers, and most important, music lovers in the market for an endgame speaker,” says Mr. Levy. “The updated version improves upon the original while maintaining the musicality that makes the Hestia more of an instrument than just another tower speaker. It’s the ultimate expression of our capabilities as a designer of advanced-technology speakers for the most demanding listeners on the planet.”

By adding these new elements in a newly retuned crossover based on the concepts incorporated in the company’s recently introduced Adam speakers, Mr. Levy smoothed out the impedance, making the speaker less sensitive to amplifiers while increasing the phase linearity of the design. In addition, the bass response has better control, and is deeper and more dynamic than the original Hestia Titanium as with updated tuning thanks to the latest version of Alta Audio’s lossless XTL transmission line technology.

Rounding out the driver complement is a 10” woofer whose tuning parameters are coupled to the unique cabinet design for its infrasonic (floor-moving) bass and for refined cohesion between the Adam’s XTL (Extended Line Transmission) and its pure aluminum ribbon tweeter. (Extended Transmission Line is Alta Audio’s proprietary technology that applies sonic geometry to tune speaker cabinets as if they are musical instruments, delivering an accurate, fast, and powerful low frequency response.)