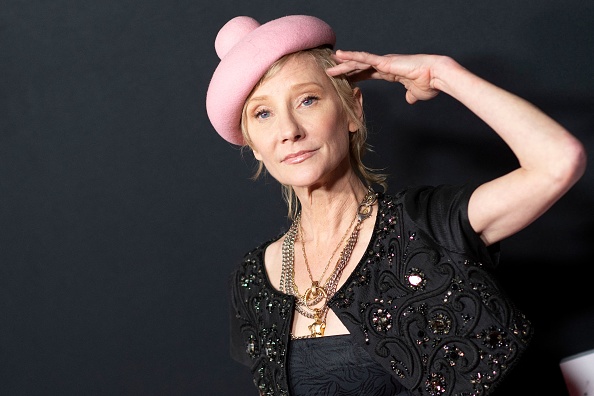 Actress Anne Heche has reportedly died, one week after a fiery car crash in California that authorities say was caused by a combination of cocaine and fentanyl.

The 53-year-old was taken off of life support after having been in a coma since the accident last Friday, with the Daily Mail reporting that her heart will be preserved for organ donation.

She suffered serious injuries that left her brain dead, according to the outlet.

LAPD had been investigating possible DUI charges prior to the news of her death, after she plowed her car into the home of Lynne Mishele, leaving the woman with unspecified but serious injuries.

Saddened to hear what Anne Heche did yesterday. Very devastating for the owner & tenants of the house she destroyed & for herself, with serious injuries & burns. She’s likely to face a major DUI charge & a lot more. Anne wrecked her whole world yesterday, driving drunk. 🥲 pic.twitter.com/PJhK0QjGyj

Heche had been transported to the Grossman Burn Center at West Hills hospital north of Los Angeles, where she remained until her death on Friday.

“Today we lost a bright light, a kind and most joyful soul, a loving mother, and a loyal friend.

Anne will be deeply missed but she lives on through her beautiful sons, her iconic body of work, and her passionate advocacy,” her family said in a statement. ”

Her bravery for always standing in her truth, spreading her message of love and acceptance, will continue to have a lasting impact.”

Actress Leaves Behind Two Sons After Death From Fiery Crash

She leaves behind two sons, Homer Laffoon, 20, who she had with ex-husband Coleman “Coley” Laffoon, and 13-year-old Atlas, who was born during a relationship with James Tupper.

In a 2017 interview with Access Hollywood at the premiere of her movie “The Last Word,” Heche said that in the event of her death, she would have hoped to leave a positive impact on her sons.

“Oh…Oh lord oh lord…,” Heche said as she made a praying gesture. “Hopefully that I made my children happy … gave them a life that they love.”

Ellen DeGeneres, who dated Heche from 1997 until 2000, told the Daily Mail prior to news of her death that “we are not in touch with each other, so I would not know.”

However, she added “I don’t want anyone to be hurt.”

“This is a sad day. I’m sending Anne’s children, family and friends all of my love,” DeGeneres later tweeted.

Heche’s representative had previously told the press that she was in “extreme critical condition” and had suffered “significant pmulmanor injury requiring mechanical ventilation and burns that require surgical intervention,” referring to the life support machine Heche had been on.

Horrifying video shows the actress as she sped in her Mini Cooper right into a busy road just moments before the crash.

Photos of the fiery aftermath have since circulation online.