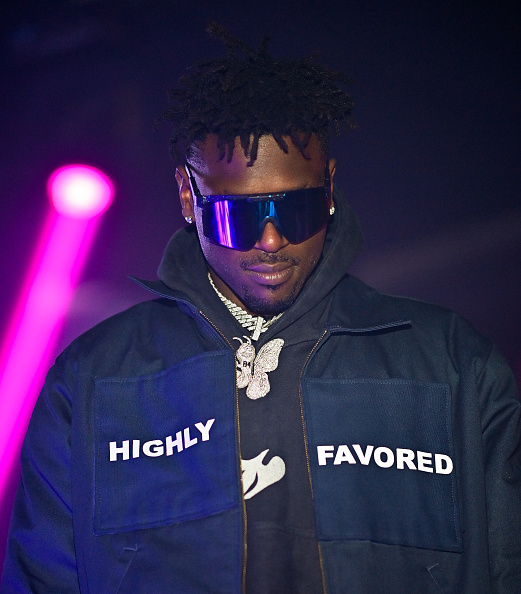 Antonio Brown Reveals The Biggest Regret Of His Football Career

Since his departure from the NFL, Antonio Brown has been making moves in other fields to get to the bag! AB has dropped new music, signed to Kanye West’s Donda Sports and has even explored the world of modeling.

My biggest regret in my career doesn’t involve calling my GM a “cracker,” or showing up to Raiders camp late in a hot air balloon with frozen feet, or throwing rocks at that UPS driver, and it definitely doesn’t involve taking my shirt off and doing a victory lap around the Jets’ stadium mid game while throwing up the deuces.”

Instead, Brown stated that he regrets not being able to watch himself from the eyes of the fans, as opposed to seeing himself through television screens and post-game film.

My biggest regret is that I’ll never get to see me, Antonio Brown, play a game live. Sure, I can watch the game afterwards, but I can’t imagine what that was like for you all to see something like that. Like watching the Beatles or Jesus perform at Red Rocks.”

As we previously reported, Antonio Brown was engulfed in a scandal with the Tampa Bay Buccaneers, his team at the time, after he stormed off the field during a game. Brown later revealed that he was suffering from an ankle injury, which was not taken into consideration by his coach. Brown also alleged that the Buccs offered him $200,000 to receive mental health treatment after the incident.