Home > Entertainment > Are Reginae Carter & Ar’mon Warren A Couple? Here’s Everything We Know…. 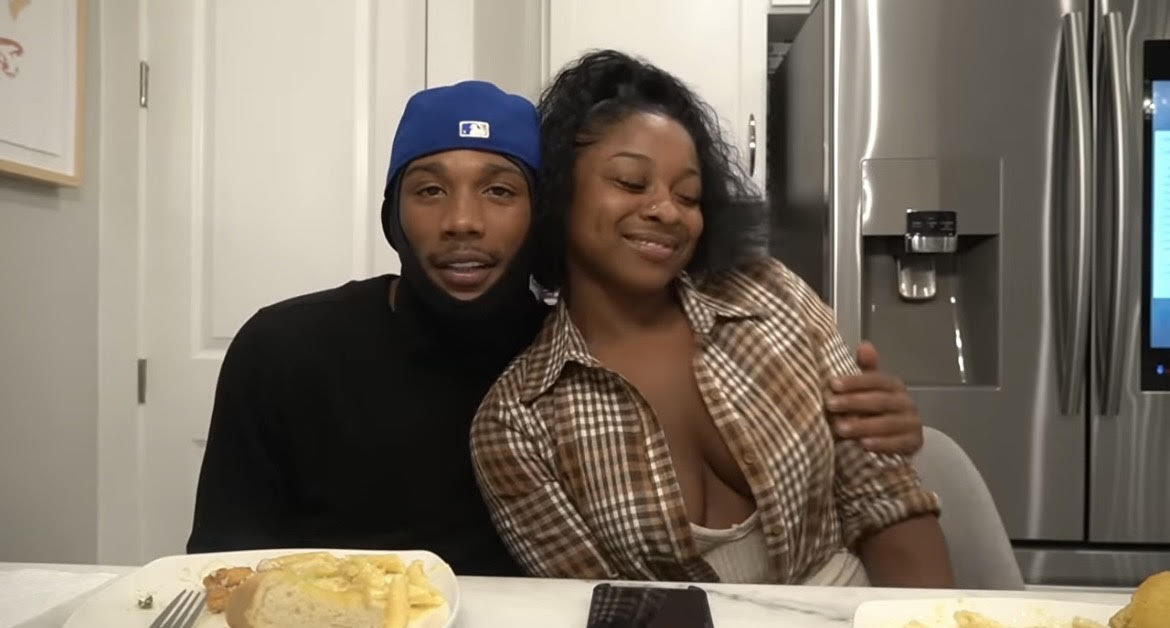 Cuffing season is approaching, and we’re rooting for everyone in love, including the daughter of rapper Lil Wayne, Reginae Carter. She has been very cozy with a certain R&B and YouTube sensation.

Since Jazz set Ar’mon Warren & Reginae Carter on their YouTube blind date, folks are ready for them to make the vibes official. Supporters are constantly flooding their video comments with saying, “God, it’s me… again”, “I love their vibe”, “Whew the chemistry,” and we definitely have to agree!

I LOVE IT. they both cute asf the energy is everything!!!

Yass! It’s The Chemistry For Us, Too.

While they sat side by side, even the blindfolds couldn’t stop the chemistry from pushing through, chile!  Quickly they got to touching around, and just by feeling Ar’mon’s ring bling Reginae knew that he was a man who matched her fly.

Jazz got straight to the questions & things got steamy quick. They both talked about their single life and the last time they spoke to their exes.

Ar’mon shared that even though he’s “big single”, he speaks to his ex, Essy, daily because of their daughter Legacy. While Reginae has also been single for a year, revealing that she recently checked up on her incarcerated ex, YFN Lucci.

Which wasn’t a huge surprise after Ar’mon had an interview with his brother and The Shade Room Teens earlier this year and was pretty coy about his current relationship status.

Nonetheless, since the couple had been spotted together, supporters have been obsessed with how they interact with each other. A few even peeped Ar’mon licking his lips while giving Nae the eye. The energy they bring together keeps viewers hype behind their screen.

Sis, Is That Your Man Or Nah?!

The alleged couple sat down for an exclusive Q&A recently on their separate YouTube channels. Both were all smiles while talking about how much they are feeling each other. A blind man could see that these two are loving the vibes.

The content definitely doesn’t stop when these two link up. Fans have been looking forward to their collab content, and since the two had to cool their YouTube timelines down, they brought the heat with a few steamy TikToks, including cheffing up some meals, going penthouse shopping, having a date to the zoo, and even joining the “spicy touch on my body” challenge.

Interesting enough Ar’mon’s Brother, Trey Traylor, had a few words to share about how Ar’mon feels about his newly found love.

Clearly, Reginae couldn’t get her alleged boo out of her mind during her recent Canada trip, so she took a quick trip to the Gucci store to cop him a gift. The hat she purchased currently retails for $460, so you know Ar’mon was super thankful when he received his surprise.

But Nae isn’t the only one being a big spender. Following her trip to Cabo with her mom, Toya Johnson, Ar’mon wanted to do something special for his new boo. Once her fight landed, he surprised her at the crib with a teddy bear, flowers, and their favorite M&M candy.

Even though they haven’t confirmed the dating rumors, supporters are living for the cute dates, kisses on the neck, and  when Ar’mon calls her “his baby girl”.

If they were to get together what would their couple’s name be —- Y’all feeling Armonae or Naemon?!