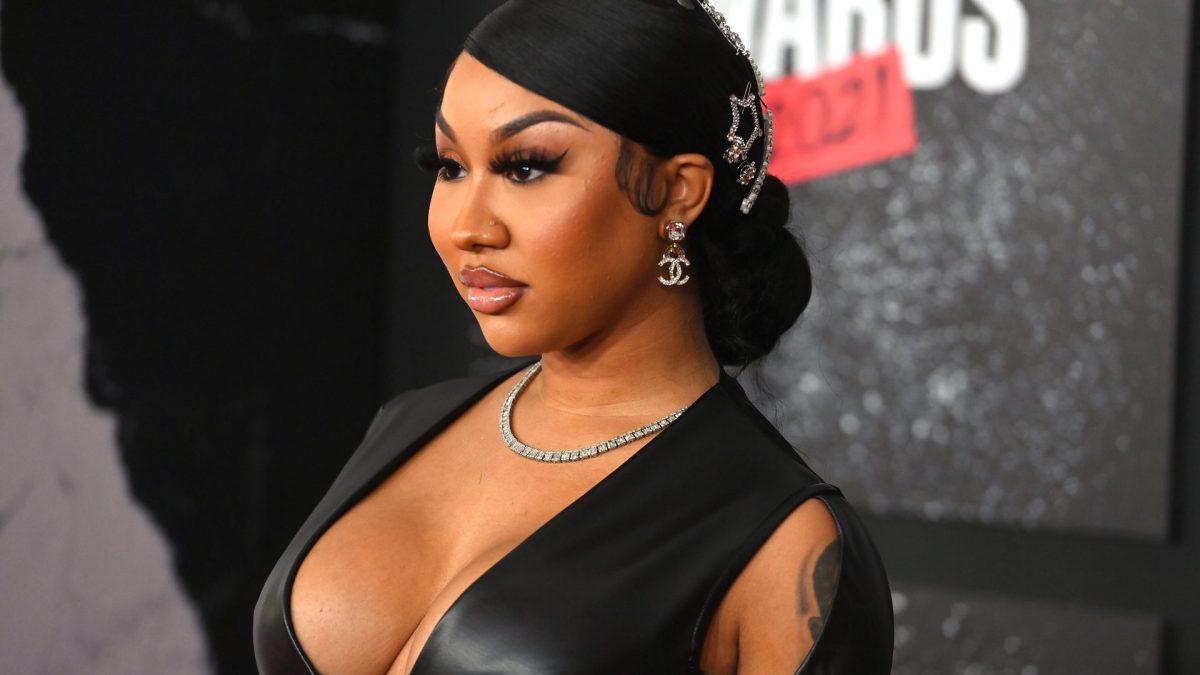 One thing about Ari Fletcher, the entrepreneur does things her way. This includes speaking on rumors involving her name. Last week, she addressed why she’s selective when she speaks.

“I learned that you don’t have to address everything, and even when you do feel like you want to address it, address it on a platform to where you’re in control, and also you can talk about stuff when you are ready,” Ariana said during a live stream.

Her words above came after her followers continued to womb watch her during the Instagram Live video. Two weeks ago, Moneybagg Yo posted a photo of a woman holding a baby bump. He added no caption or explanation. However, people online quickly identified the ring on the headless woman’s finger. It appeared to be the same 22-carat diamond ring Moneybagg gifted Ari in February. While social media went nuts with questions, given that Ari declared she’s single on August 26, Ari remained quiet on the topic.

Ariana finally addressed the viral image on Monday’s (September 26) episode of her cooking show Dinner with the Don. She confirmed that she’s the woman in Moneybagg’s image, but revealed that they’ve suffered a miscarriage.

“Yes that was me in the picture pregnant, holding my stomach like this,” Ari said. “That was me. And unfortunately, I had a miscarriage, and God just you know…but yes I did, I was pregnant and I did have a miscarriage.”

Ari’s friend and segment guest Tuson chimed in, “I think God just said not right now.” The influencer seemed to agree with Tuson and repeated his words while adding, “probably in the future,” after Tuson suggested it.

Despite the loss, it appears Ari and Moneybagg remain single. During the episode, Tuson asked Ari if she’s single and she responded, “you know I’m in between jobs.” She also revealed her tweet about being single wasn’t cap saying, “I did break up with that motherf****r” because he had her “f****d up.”

“Baby, it don’t matter. [Moneybagg Yo] came to my house baby and he kidnapped himself for some days. He said I ain’t leaving this b***t, she got me f****d up,” Ari said. “But I do want to let y’all know that whole lil’ thing wasn’t about no cheating or didn’t have anything to do with anybody else. It was solely between me and him.”

On September 12, Meek shut down any links to Ari via Hollywood Unlocked’s comment section on Instagram. HU post a side-by-side comparison of similar hotel rooms posted by the rapper and the influencer. And Meek wanted no parts of internet assumptions.

On Monday’s episode, Ari also shut down any talks about being in the same room as Meek.

“No babe, we were at the same hotel. Even when they posted that, I was gone out of the hotel. And I was at the hotel with somebody,” Ari said but didn’t reveal who.

Fans and blogs like Lipstick Alley also attempted to draw connections between Portuguese soccer player Renato and Ari when she visited Paris in early September. While there, Ari attended a game featuring Renato and the rumors flew. But, per Ari, she doesn’t even know him.

“No, I do not know that man y’all,” Ari said. “Seriously, we just went to a soccer game ’cause it was just something we’ve never done before. I’ve never been to a soccer game. It was super fun.”

Ari’s dating life isn’t the only topic driving online rumors. Fans have also noticed some distance between the influencer and Dreamdoll. Talks of an ended friendship continued after Taina Williams, girlfriend of Ari’s ex-boyfriend G-Herbo, posted a video featuring a friendly moment with Dream. After the video got traction online, Dreamdoll tweeted, “peace is my priority ion have beef with nobody.”

Peace is my priority ion have beef with nobody 🤞🏼 Forever Solid

Ariana echoed Dream’s tweet while addressing the friendship in the episode. She clarified that there’s no beef, but that she’s “straight on her.”

How To Improve Your Website’s Crawl Budget

Ashanti Shares If Her & Nelly May Rekindle Romance