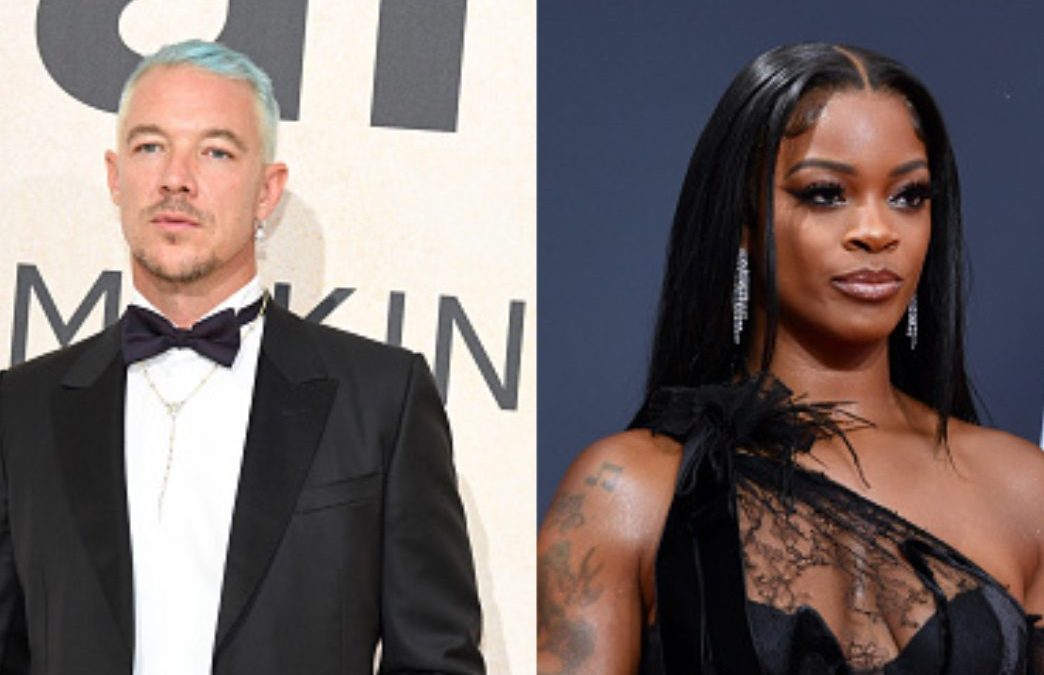 Several celebrities donated to Gena Tew’s GoFundMe after news broke of the Instagram model’s near-death experience, having contracted HIV, leading to her AIDS diagnosis sometime within the last eight to ten years.

R&B singer Ari Lennox and Diplo each donated $1,000 under their real names Courtney Salter and Wesley Pentz to the model, whose story was covered by The Shade Room earlier this week.

Tew appears to have a personal relationship with Diplo, sharing video proof of a past outing with the popular DJ along with model Tyson Beckford in a TikTok video.

As of Thursday, the fundraiser has earned $7,079 out of a $75,000 goal. The money is for both medical and moving expenses, as Tew revealed she recently lost her only sister to a rare lung disease last month.

Tew wrote that she is attempting to move closer to where her late sister’s three small children live, and the funds would help her materialize that goal.

“As you all know, my name is Gena Tew, and I’m fighting AIDS and just lost my only sister to a rare lung disease, Fibrosing Mediastinitis, on June the 8th; she left behind a husband & 3 small children. She was only 29 years old…we are now trying to raise money to move to where they are to be there for them. Any help would be appreciated. Thank you,” the GoFundMe description reads.

Its been a great few days. I love you all 💕 #staysafe #fyp #genatew #support

Tew spoke on the response she received following the news of her illness going viral, and thanked everyone for their support. She even addressed some of the feedback she’s received, saying she “understands a lot of you, but it’s okay.”

“I just want to thank everyone for all the messages and emails and prayers and support I’ve been getting in the past couple of days,” Tew said in a new TikTok video on Thursday. “Even the negativity, I understand a lot of you, but it’s okay. Please see the light in this somehow. I hope other people can be as open and honest about this as I am…. Just know that God’s got me, and if God’s got me, he’s got you.”

The 27-year-old singer and Instagram model had revealed her battle with AIDS in a now-viral TikTok video last month, telling her 432,000 followers that she got down to 65 pounds after learning she had contracted HIV around eight to ten years ago.

Eventually, the virus became AIDS, and she’s suffered numerous health issues ever since.

Blinded In One Eye, Lost Ability To Walk While Dropping Down To 65 Pounds

Tew was blinded in one eye and had to relearn how to walk after losing the ability to do so. Videos on her social media pages show her difficult path to better health, with clips of physical therapy and hospital stays garnering millions of views.

Speaking about her experiences in a video posted on Monday, she told her followers that she doesn’t know when or how she contracted HIV which led to her condition.

The heavily-inked model noted it could have been from a dirty tattoo needle, and also added she had been raped while homeless on the streets of New York.

IG Model Had Been Linked In The Past With The Likes Of Nick Cannon, Chief Keef

In a video shared to TikTok, Gena also exhibited photos from an October 2015 outing with Nick Cannon captured by paparazzi.

She previously modeled for Breezy owned clothing brand Black Pyramid, with Chris Brown sharing her photo on his Instagram page.

In December 2015, the model shared she had been hanging out in LA and NYC around Nick and Chief Keef.

“Out in LA chilling with the chief keef. Then heading back to nyc for my bday to chill with nick cannon. Life”

Tew modeled for The Cover magazine back in 2015, and is also a singer by trade. She’s covered such songs as Adele’s “Hello” and released a rendition of Alina Baraz’s “Electric Song” in early 2018.

The Brooklyn based model, who’s known for her distinctive throat tattoo, had previously booked big gigs with retailer Dolls Kill, according to a 2018 profile by Inked Magazine.

Those interested in donating to Tew’s GoFundMe can do so here.

‘Enough Is Enough’: Palestine Accused Of ‘Systematic Torture’ Before The International Criminal Court

Shenseea Says Being A Libra Means She Will Cheat Back, Talks Drake