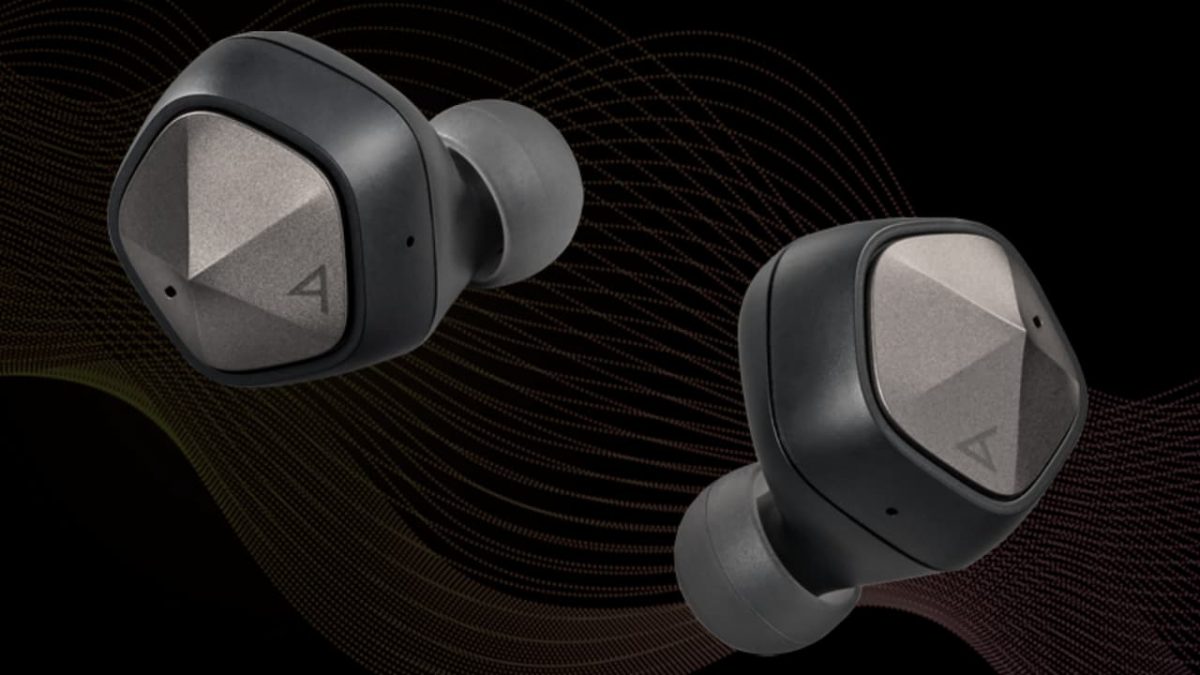 If you are new to the high-end personal audio category, Astell&Kern might not be a brand name that you are familiar with. The Korean manufacturer was launched in 2013 and over the past 9 years has become the top manufacturer of high performance DAPs in the world. The Astell&Kern UW100 Wireless Earbuds are their first fully wireless earphones and they certainly look the part.

Their first series of products were both critically successful but also quite polarizing. Not everyone loved the AK100 Media Player but it set the brand on its way and it is hard to argue that they don’t make the best sounding DAPs currently available or that they don’t take chances with the industrial design of their products.

Astell&Kern have worked hard to put some distance between themselves and the competition from both a sonic perspective, but also on the design front. If you look at the designs from Sony, FiiO, and Questyle — there are specific design cues that have been borrowed from Astell&Kern; A&K were most certainly first when it comes to bevelled glass, angled enclosures, and recessed controls.

If you have the money to spend, Astell&Kern has become the Mercedes S-Class of DAPs; both a combination of engineering excellence and performance.

Astell&Kern have also introduced a number of headphones and earphones along the way including collaborations with Beyerdynamic, Jerry Harvey, and Campfire Audio.

The AK UW100 is very different; the company can no longer continue to just stamp their name on high-end headphones manufactured by someone else — it actually has to develop and manufacture its own.

The company has offered IEMs from other brands that were retuned to best match their DAP’s, but the AK UW100 was designed in-house to be paired with smartphones; there is both an Android, and iOS app already available.

Under the fancy hood, Astell&Kern have integrated a lot of technology including the QCC5141 Bluetooth module from Qualcomm, which offers aptX Adaptive codec support.

The DAC used is an AK4432 which is a true 32-bit design that offers similar performance to the AK9018 Series that is more commonly found in desktop DACs designed for home and pro audio purposes.

The 4432 has the distinct advantage of requiring less power to run than the AK 90xx Series and is thus a better choice for wireless IEMs.

The drivers are Knowles full range balanced armatures designed specifically for this design.

What is perhaps most interesting here is the use of both the QCC5141 and an external DAC because the 5141 chip is capable of providing that function on its own and many IEMs use the 5141 as an all-in-one solution.

A&K instead adds the AK4432 which offers a higher bit rate (32-bit vs 16-bit) and 128 times oversampling. The addition of these two properties allows the UW100 to take full advantage of aptX Adaptive’s 24-bit capabilities.

The outer shell is pentagon shaped with a black outer ring and a silver gray face; the face is divided into five facets with an off-center peak and the stylized logo on the largest facet which gives them a truly unique appearance.

The lid on the case has a similar design again immediately identifying the UW100 and again distinguishing it from the sea of small black flip top charging cases.

There are no sharp corners anywhere on the earpieces and the underside slopes from the faceplate for roughly 3mm before it flattens out with a fairly short nozzle; the earpieces sit as much on the ear versus inside of it. The earpieces are are on the larger side for TWS earphones so those with small ears may want to try these on before making a purchase.

A&K claims the highest passive noise cancellation available and with the nozzle sitting directly behind the bulk of the body, it is easy to see why that might be the case.

Some may wonder why Astell&Kern made the decision to go with passive isolation versus ANC; the company included an “ambient” mode on the UW100s but made the decision to forgo ANC in the design because they felt based on their research and development that the impact on sound quality was too detrimental.

One full charge delivered 6 hours of playing for the earpieces; I conducted the test multiple time with the “ambient” feature engaged and turned off. The charging case is capable of delivering 2 additional charges and part of a 3rd before it needs to be plugged in using the USB Type-C port for rapid charging; you can also place the case on a wireless charging pad if you’re willing to be patient.

The Astell&Kern UW100 does not deliver a lot of low end impact; the bass response is quick, taut, and defined but will not make bass heads happy. The mid bass is far more present in the mix; bass guitar and bass drum have more impact here and I was impressed with the detail level and texture.

The midrange is excellent on the UW100; I was immediately impressed with the overall level of resolution and clarity across the entire range. Male voices have real weight behind them without becoming too chesty and the degree of detail and texture made vocalists stand out in the mix. Guitar notes had both growl and just enough energy to not overpower the rest of the music.

Cello, bass, and the violin has very realistic timbre and weight behind them; strings never came across as thin or bright sounding. Piano notes were surprisingly thinner sounding than I would have expected and were slightly bright sounding to my ears.

Female vocals are definitely pushed forward in the mix and there is enough upper midrange emphasis to make some recordings sound somewhat fatiguing in this area.

The lower treble drops back from the upper midrange push and levels out around 6 kHz before rolling off quite quickly at 9 kHz; this keeps the treble from being fatiguing but also limits top end extension.

Snares have sufficient rattle, but cymbals lack the energy required to sound truly realistic. The decision to roll off the UW100 at 9 kHz can make the earphones sound slightly closed-in at the top end of the range.

The soundstage has good width to it, but the depth and height are only average which can make an orchestra sound slightly flat compared to the real thing. The instrument separation and imaging are excellent which compensates somewhat for the lack of soundstage depth.

I did use the A&K app to try the various equalizer settings and there is a distinct difference to each of the options presented but none did exactly what I had wished for; a custom EQ option is badly needed on the app.

It is my understanding that a custom EQ setting may be in the works for a forthcoming software update in the future.

When you put the Astell&Kern logo on a component and ask a hefty asking price, the product needs to live up to the billing. There were a lot of expectations for the Astell&Kern UW100 and I think they succeeded for the most part.

The design is excellent and the build quality is what one has come to expect from the brand; the passive isolation works very well and I found that the controls were properly placed and easy to use.

The app allows you to control the “ambient” feature and provides 5 EQ options for those who want to play around with the tonal balance and presentation; I still think a custom EQ feature is a must for a pair of wireless earphones that are $300 USD.

The tonal balance and decision to make these rather polite sounding are a mixed bag for me. If you are focused on the upper bass, midrange, and lower treble — these are probably for you.

The lack of top end extension and a very strong bottom end will turn off listeners who want a bass heavy pair of wireless earbuds that also deliver a very open and somewhat bright sounding treble.

Astell&Kern did a rather good job on the UW100 but are they category leaders?

I think that depends on how you listen.