Home > Entertainment > B. Simone Says DaniLeigh “Is Not That Mature” (Video) 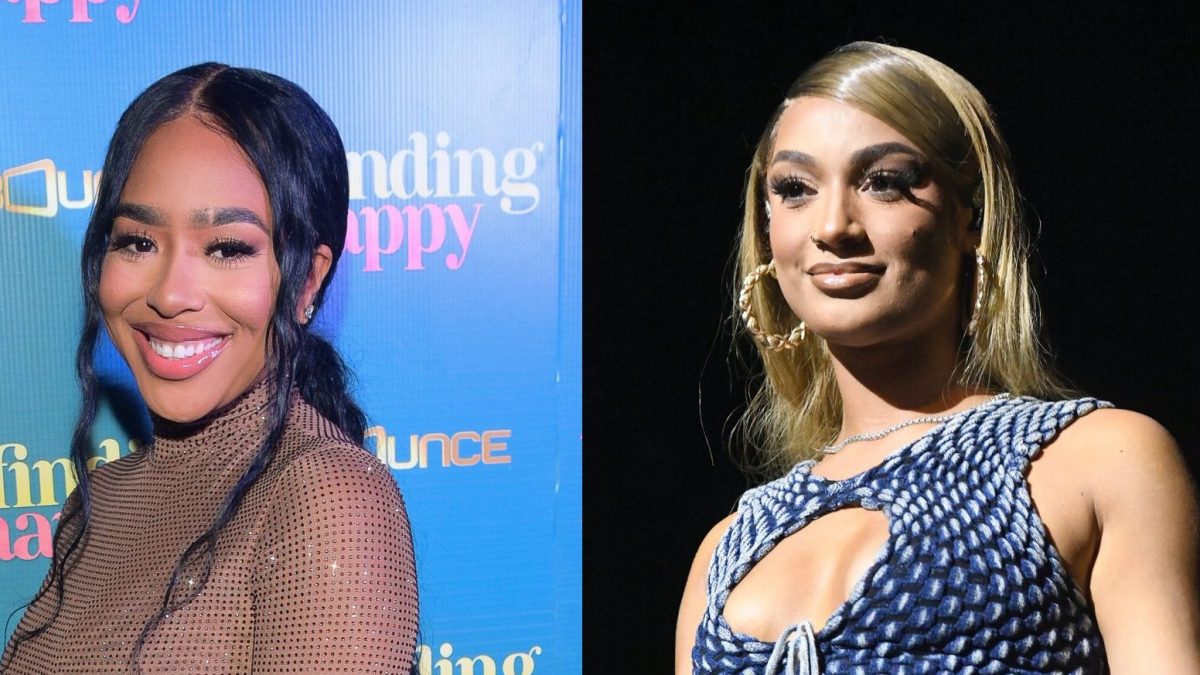 Are you mature? B. Simone has broken her silence regarding DaniLeigh demanding ‘Wild N’ Out’ producers to pull her off a recent episode Dani appeared on. During an appearance on the ‘Tamron Hall Show,’ B. sat next to Kim Coles to promote their new television show, ‘Finding Happy,’ and spilled some tea. The comedian and actress did confirm that Hollywood Unlocked’s report from Tuesday was correct.

The comedian calmly explained to Tamron that she had grace for the situation.

“I don’t agree with it, but I understand it. Especially, you know she’s not that mature,” she explained. “We’re just going to have grace for her moving forward,” B. said, speaking about Dani.

As we reported yesterday, users on social media had a field day reacting to the news that Dani had stopped B’s bag.

Although B. kept it cute on television, not everyone agreed that she was innocent in the situation. Last night she supported DaBaby, calling him the “GOAT” and reposting his latest music video ‘Boogeyman.’ In the video, one of the models looks very similar to Megan Thee Stallion. There is no secret that the former collaborators are no longer friends and the beef just took it up a notch after he made new allegations about Meg.

The Charlotte native raps in the song,

“The day before she said that Tory Lanez shot her. I was f***in’ on Megan Thee Stallion. Waited to say that s**t on my next album. Hit it the day before too.”

In addition to supporting DaBaby, some Roommates felt Dani was in the right to request B. not be on set to protect her peace. One wrote,

“I don’t think it is immature. I think she is protecting her peace. She has a child, had a very public toxic situation….and may not want to relive it. I don’t think it’s smart to say someone isn’t mature because they don’t want to be triggered. It’s actually very mature.”

Roommates, what are your thoughts on B. Simone’s comments about DaniLeigh?

Surprise!! Michael Rainey Jr. Pops Out With A New Girlfriend On His Birthday