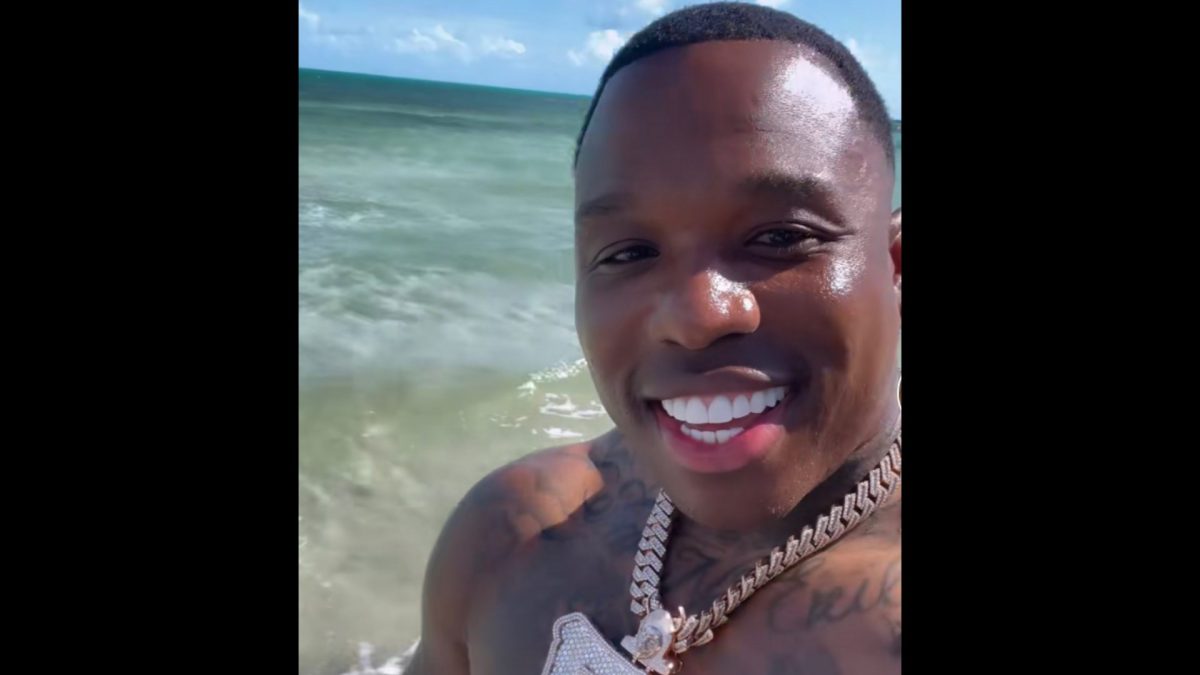 It looks like Bandman Kevo is all healed after undergoing cosmetic surgery for custom abs months ago. On Monday, the Chicago rapper shared pictures to his social media accounts, and his tight, cut-and-sucked tummy area was fully displayed!

Watch what u say bout me Out of anger. Once it hit my ears You gotta stand on dat!#turksandcaicos #island #caribbean #jetski #bandmankevo #igers #igdaily #igtravel pic.twitter.com/j3JKPZIWpz

With his tweet, Kevo included flicks of him stuntin’ on a floating jet ski. The pecs were poking, and the abs looked lined and defined! Elsewhere, he showed his abs off on-and-off horseback.

In June, Kevo released images of his pre-surgery correction lines and a video explainer of the procedure. The rapper admitted he chose surgery after struggling to lose fat in his stomach area with workouts. Additionally, he learned that other celebrities also chose the knife on the hush.

“What’s so crazy is, at first I wasn’t even with no lipo shit. I’m like, ‘man I ain’t doing that shit,” Kevo said. “Then, all my rich homies, they like, ‘man everybody do that shit, they just be low-key with it.”

He added that he was “tired of going to the gym a million times” and his stomach remaining “big as hell.” So, he underwent the touch-up and lost over 60 pounds, from 284 to 220.

All the images Kevo has shared appear to be from a Turks and Caicos vacation. He began sharing footage from the trip last week–showing off his vacation spot and his trip buddy, an OnlyFans model named Barbie Bonita.

And it looks like the abs healed just in time for Kevo to undergo a different cosmetic procedure. On Tuesday (Nov. 8), he was trending on social media after revealing he got tatted for over 24 hours. His new inkwork includes Kanye and his MAGA hat, Mark Zuckerberg, and the racist phrase ‘White Lives Matter.’

And the why behind the tattoos is the part we’re still trying to figure out!