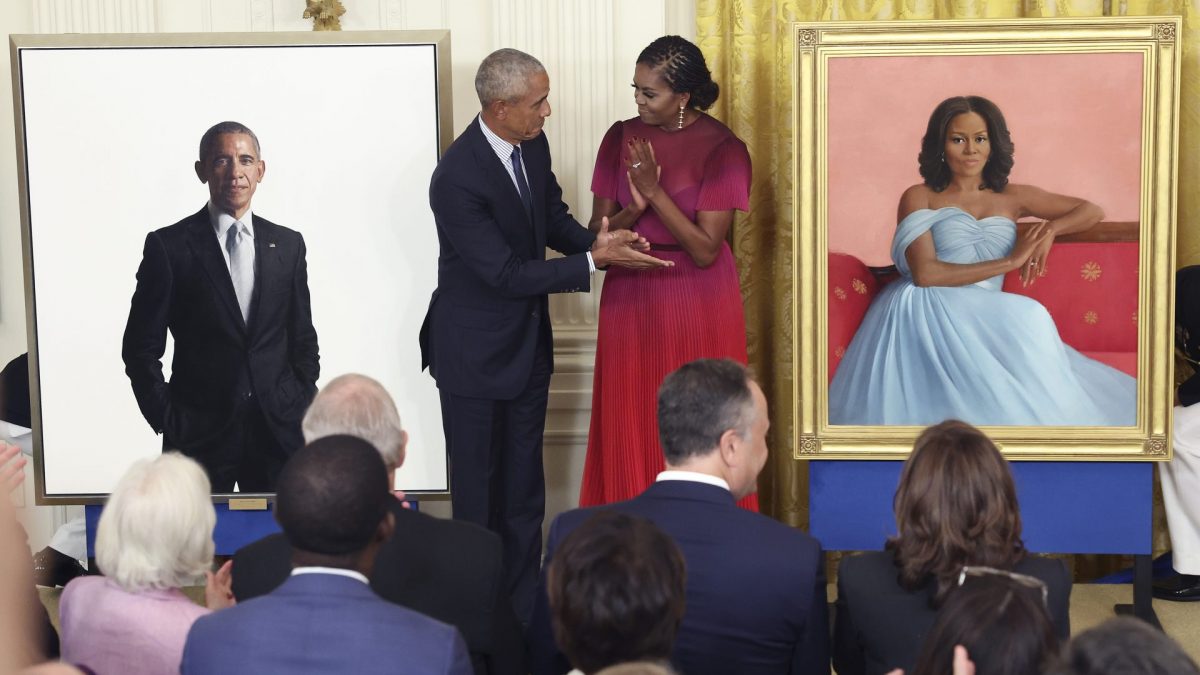 On Wednesday former President Barack Obama and former First Lady Michelle Obama returned to the White House for the unveiling of their official portraits.

In what makes their first joint return to the White House since their 2017 departure, Barack and Michelle were welcomed back with open arms as everyone got the chance to see their official photos, which will hang in the White House for years to come.

Barack and Michelle, welcome back. pic.twitter.com/wcdBvfMcGg

According to CNN, the Obamas photos are the first photos to be added to the White House’s collection since the bipartisan unveiling ceremony hosted by Obama in 2012 for former President George W. Bush and former First Lady Laura Bush.

During the unveiling ceremony, President Biden spoke about the Obamas’ impact and said,

“You both generated hope for millions of people who were left behind for so long – and it matters. You both did it with such grace and such class. You dreamed big and secured lasting wins for the American people, helping lift their burden with a blessing of hope. It’s so underestimated … just having hope. This is the gift of the Obama presidency to the country and to history.”

Tune in as the First Lady and I host former President Obama and former First Lady Obama for the unveiling of their official White House portraits. https://t.co/PbuJ3k5f3b

CNN reports that Robert McCurdy shared that it took him at least a year to complete the portrait of Barack Obama, as he focused on working off of a photograph of the former president. Sharon Sprung’s image of the former FLOTUS shows her sitting on a red couch in the Red Room of the White House while wearing a blue dress. She shared that the portrait was composed of photographs taken in different locations on the White House’s State Floor.

Roommates, what are your thoughts on the Obamas’ official portraits?