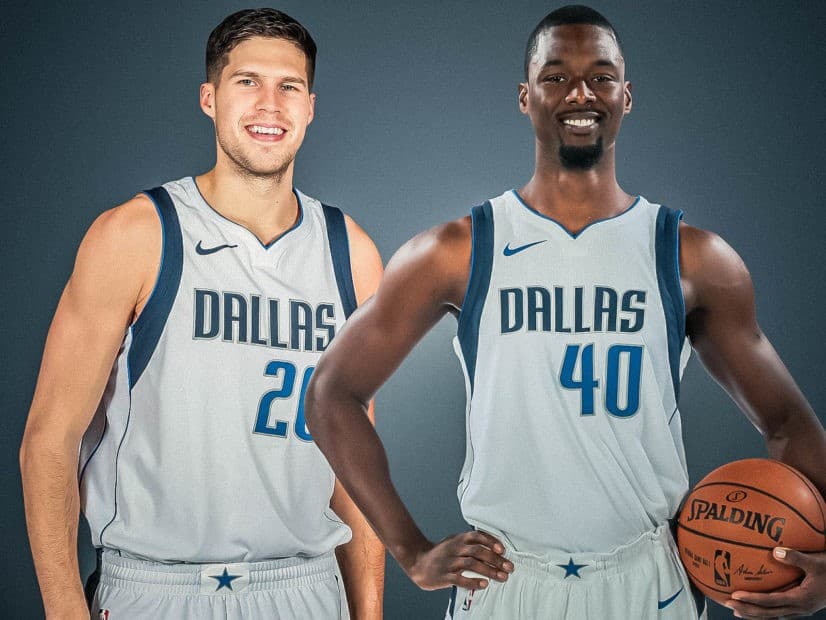 Iowa has produced some solid NBA players over the years, including NBA champion Matt Bullard, two-time All-American Raef Lafrentz, and ABA superstar Bob Netolicky. But what about the current crop of pro-ball Iowans?

Here is the cream of the crop and whom to root for if the Hawkeye State runs in your blood.

Barnes was born in Ames, Iowa, in 1992. His mother had him out of wedlock and remembered the struggle in a community where she carried a stigma. Shirley Barnes explained, “Growing up in the church, part of my thought process was I would never be a mom that was having children out of wedlock. So here I am now, 26 years old, and have 40 weeks to prepare for a beautiful young life to come into this world.” Penniless, she was forced into homelessness, and baby Harrison spent time in a local shelter.

He overcame his difficult upbringing to star at Ames High School. Then, in his junior year, he led the unbeaten school to an Iowa 4A state title with  24 points and 8 rebounds in the final. Barnes was so good that scout.com named him the no. 1 prospect in 2010.

After an accomplished stretch for the North Carolina Tarheels, the forward was picked 7th overall in the 2012 NBA draft by the Warriors. He was part of the 2015 championship and 2016 team that broke the NBA win record. After that fantastic year, Harrison signed for the Dallas Mavericks and had his best years with the team, including a 19-point average campaign in 2016-17. Now at age 30, he is an integral part of a Sacramento Kings team hoping to come back from a rough stretch.

Doug was born in Grand Forks, North Dakota. However, he played high-school ball at Ames High School alongside Harrison Barnes. The small forward played under his father, Greg, for the Creighton Bluejays. He made a significant impact as a freshman, averaging 14.9 points and 7.2 rebounds per game. In 2014, he enjoyed an insanely productive sophomore year. Doug led the NCAA in points with a 22.9 average and a stunning 48.6% from beyond the arc.

His sensational form made the Bluejay the consensus pick for  U.S. men’s college basketball national player of the year. McDermott was picked 11th in the 2014 NBA Draft by the Nuggets but was soon traded to the Bulls. Since leaving Iowa, he has become one of the better NBA players off the bench. He has become a reliable scorer and starter in the last three years. Last season, he started 51 games for the Spurs and averaged 11.3 points.

Joe is a natural athlete and starred for Muscatine High School in all the major sports. But it was soon apparent that his basketball skills outshone the rest. As a junior, the shooting guard averaged 30.6 points and over 10 rebounds a game to take the MAC Player of the Year award. So he stayed local and played college ball for the Hawkeyes, one of the best Iowa sports teams by ClutchBet.com.

He had a three-year tenure there and developed a strong shooting game. Joe says, “Obviously, I see myself as a really good shooter, so I’m going to continue to shoot no matter how many I miss.” Joe entered the 2021 draft while keeping his college eligibility open. But he needn’t have worried. The Spurs picked him in the 2nd round, 41st overall. Unfortunately, he did not set the NBA alight in his rookie season and was cut on October 17, 2022. But I am sure another team will give the natural scorer a shot.