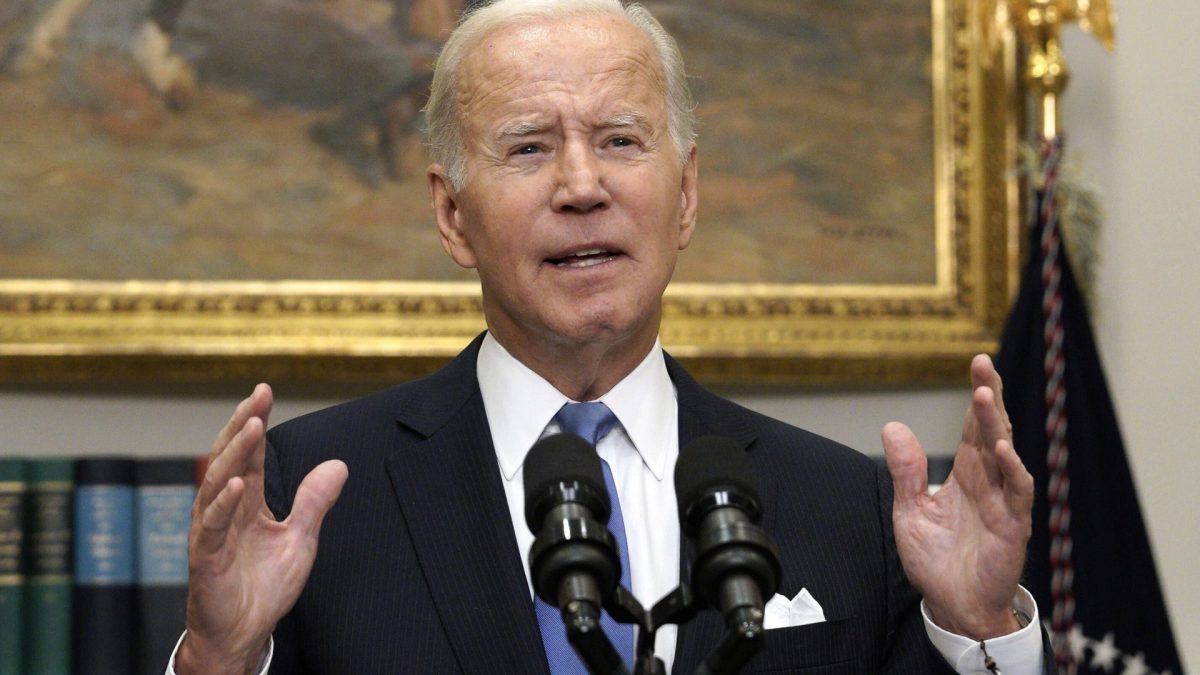 President Joe Biden announced he will be pardoning all federal offenses of simple marijuana possession on Thursday, in what amounts to be the first major step towards nationwide decriminalization.

The move fulfills a campaign pledge Biden made to erase any prior federal possession convictions, and will affect thousands of Americans charged with the crime, according to senior administration officials.

President Biden Notes How The Law Unfairly Impacts Black People, Despite Similar Use Rates Among Whites

In a speech announcing the executive action, Biden noted that marijuana is already legal in many states, and noted “criminal records for marijuana possession have led to needless barriers to employment, housing, and educational opportunities.”

“No one should be in jail just for using or possessing marijuana,” Biden said. “It’s legal in many states, and criminal records for marijuana possession have led to needless barriers to employment, housing, and educational opportunities.

The president also spoke of the racial disparity when it comes to marijuana possession charges, added that “Black and brown people are arrested… and convicted at disproportionate rates.”

In April, the House has officially passed the MORE act, which would legalize marijuana nationwide, The Shade Room previously reported.

The bill eliminates criminal penalties for anyone who manufactures, distributes, or possesses the substance. According to CNN, the bill was sponsored by Democratic Rep. Jerry Nadler of New York. In addition to decriminalizing, it will prevent federal agencies from denying federal workers security clearances for cannabis use.

Biden went on to encourage governors to follow the lead and similarly pardon state simple marijuana possession charges, which would increase the amount of Americans affected by such crimes.

The Department of Health and Human Services and Attorney General Merrick Garland will be tasked with “expeditiously” reviewing how the drug is scheduled under federal law in a larger effort towards easing federal classification standards.

Marijuana is currently in the same category of much harder drugs like heroin and LSD.

Biden’s announcement comes just a month before pivotal November midterm elections, which will determine who will control Congress.

Several candidates running for a US Senate seat – namely Pennsylvania Democratic Lt. Gov. John Fetterman – have focused large parts of their campaigns to the issue of marijuana legalization.

Fetterman and Biden actually met together last month, with the candidate saying beforehand he was going to raise the issue with the President.

Meanwhile, Democrats are looking to balance out their progressive values and rebuff allegations that they are soft on crime, which remains a major issue that in certain swing districts.