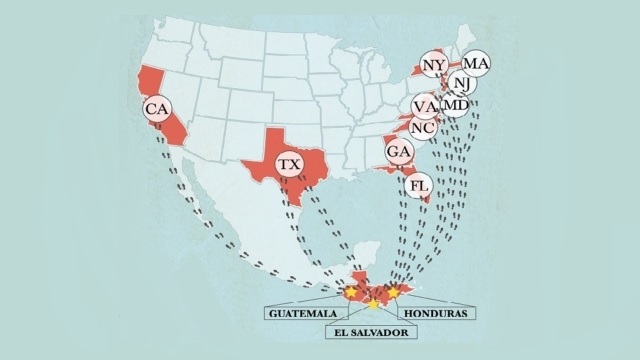 I love this headline from the New York Times: “G.O.P. Governors Cause Havoc by Busing Migrants to East Coast”.  The New York Times – best known for covering up the Holocaust and the Soviet-engineered famine that killed 7 to 10 million people in Ukraine – is wrong.  The fault here lies with the Biden administration.  Joe Biden caused this havoc with his open borders policies.  But for Joe Biden’s open borders policies, southwestern Governors would not be having to give liberal sanctuaries on the East Coast a taste of their own medicine.

I’ve documented in previous commentaries countless policy changes the Biden administration has made to open the borders to a flood of illegal aliens.  Here are some more ways the administration is deliberately popping the rivets of the nation’s immigration laws:  The U.S. Marshals Service is declaring itself a sanctuary for illegal aliens, meaning it will no longer hold detainees for ICE for deportation.  The Marshals Service is a bureau within the Justice Department, putting it under the control of Biden administration political appointees including Democrat partisan Attorney General Merrick Garland.

The administration is establishing a boat-and-bus route from Colombia to Panama to bring illegal aliens to the United States quicker.  The administration terminated the ICE union to silence criticism and make it easier to fire whistleblowers who are now without union protection.  For all its recent talk of building the wall again, the administration halted construction of the wall near San Diego.

As a result of the administration’s open borders policy changes, border encounters in July were more than triple the Trump administration average, and that doesn’t even count the got-aways.  The number of arrests at the southern border is closing in on 2 million for the fiscal year.

There are real consequences in inviting millions of people to invade our country.  Border agents arrested ten more terrorism suspects at the border in July.  A Defense Department whistleblower revealed the administration has released 324 unvetted Afghan evacuees on a terror watch list into the U.S.  Another 9/11, anyone?

There are other consequences, as well.  Border crossers are dropping like flies, but the administration doesn’t care.  An FBI-led operation rescued 84 victims of child sex trafficking and found 37 more missing children in the last 2 weeks.  Increased child exploitation has been linked to Joe Biden’s open borders policies.   The amount of fentanyl seized at the border in July was triple the amount seized in June, shattering all previous records and providing enough to kill every single American.

You only have to look to Sweden to see the future of all this.  They let their country be invaded by hordes of migrants bringing an alien culture with them.  Then there was a wave of bombings in major cities.  That was followed by the establishment of Muslim no-go zones, which were once vociferously denied but are now admitted.  Things have deteriorated to the point, now, where the ruling party is reversing itself and proposing to break up Muslim majority areas so a parallel society does not get established in the country, a proposal also made in Denmark which let itself be overrun.

So, when the New York Times and other lapdogs for the Biden administration accuse southwestern Governors of causing chaos by busing illegal aliens to the East Coast, just remember it is the open borders crowd that is bringing us chaos to the point where parallel societies on U.S. soil are now a real possibility.  If you don’t believe me, all you have to do is walk in downtown Minneapolis where the Islamic call to prayer is blasted from two dozen mosques and heard on every street corner every day.  So, take a walk there, while you still can.

This R. Kelly Sound Is Trending On TikTok Despite Trial & Sex Abuse Allegations

What’s Your Emergency? Covid or the Recession?

Is National Conservatism the Future of the Movement?