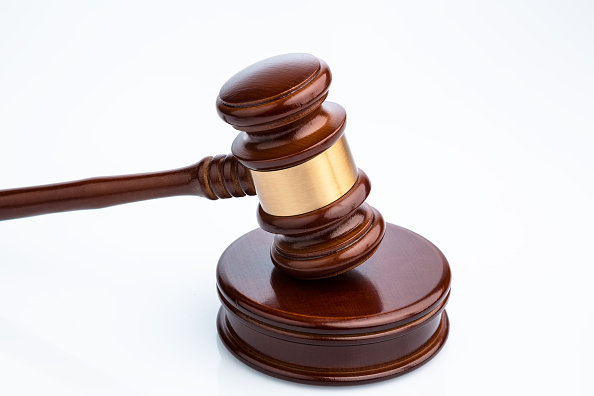 A Black-owned law firm based out of California has been named the best law firm by the American Institute of Trial Lawyers, one of the most prestigious awards within the field of law, according to Black News.

Led by attorneys Zulu Ali and his daughter, Whitney Ali, the Law Offices of Zulu Ali & Associates, which is the largest Black-owned law firm in Inland Empire, was awarded the prestigious designation last week, the outlet reports.

The American Institute of Trial Lawyers is a professional organization made up of premier law firms and trial lawyers from across the country, represented by each state.

The invitation-only association is comprised of some of the best attorneys nationwide, with each law firm having to meet strict standards, and admission is based on a stringent process. Selections for the award include peer nominations as well as research from third-parties, according to the outlet.

Membership of the group is only offered to a few law firms in each state.

Ali’s firm, which was founded in 2007, was created by the inspiration of such civil rights attorneys as Thurgood Marshall, Charles Hamilton Houston and Avon Williams, Jr.

The firm primarily focuses on criminal law, immigration and civil rights cases on both the state and federal level.

He also has received a masters in Administration of Justice and business from the University of Phoenix, a degree on African studies from Regents College, and is a doctoral scholar at California Southern University with a focus on pan-African business and trade.

His daughter and firm partner Whitney has earned a Bachelor of Arts in Political Science from University of California, Riverside, as well as her Juris Doctorate from John F. Kennedy University College of Law, per the firm’s website.

She entered the field of law under the mentorship of her father in 2015, before being named a partner in 2021.

Both Father And Daughter Are Distinguished, Award Winning Lawyers

The law firm has received numerous accolades over the years, having been named one of the top ten firms by Attorney and Practice Magazine. Zulu Ali himself was named a top 100 attorney by the National Black Lawyers and National Trial Lawyers organizations, a top ten lawyer by the American Academy of Trial Attorneys, Litigator of the Year by American Institute of Trial Lawyers, and Rue Ratings Best Lawyer in America, according to the firm’s website.

Meanwhile, her father is the Director of the Stop and Frisk Youth Leadership Academy, an organization that mentors at-risk kids and their interactions with police officers. He’s also a board member of the Islamic Development Center of Moreno Valley Shurah Board, a member of the Iota Phi Theta Fraternity, and the Director of the Southern California Veterans Legal Clinic, which offers legal services at little-to-no cost to military veterans.

He’s also a recipient of this year’s Marquis Who’s Who Humanitarian Award.

In 2017, he was recognized as one of the most influential Black leaders in Los Angeles by Reverend Al Sharpton’s National Action Network.

For more stories on Black excellence, check out this Shade Room article about a 13-year-old Black girl who has already been accepted to an Alabama medical school as she wraps up her work on two undergraduate degrees for biological sciences, making her the youngest Black student to ever be accepted to a medical school.