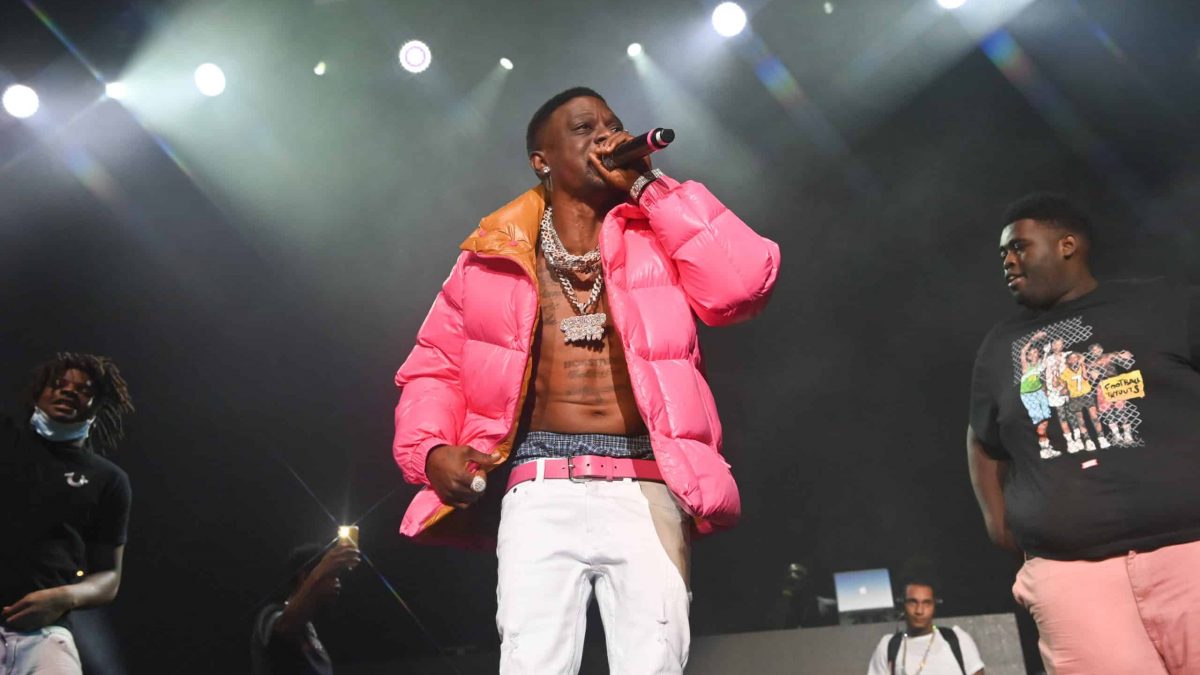 After Kanye West had the innanet in shambles for wearing a “White Lives Matter” shirt during his YZY SZN 9 show at Paris Fashion Week, people said a few things, including celebs.

The controversial shirt had the Pope’s face on the front, and he wore the identical bedazzled flip-flops he sported last week to complete the look. Ye made a bold statement before the show started.

According to Page Six, he said:

I am Ye, and everyone here knows that I am the leader,” he said at one point, referencing his new legal name. You can’t manage me.

In true Boosie fashion, the rapper took to Twitter and gave his two cents about the phrase.

@kanyewest AFTER ALL WE BEEN THROUGH AS A RACES YOU PUT THIS DISRESPECTFUL S**T ON!! U GIVES NO F**K ABOUT HOW BLACKS HAVE DIED N SUFFERED TO THE HANDS OF THE WHITE MAN N U SAY BUSH DONT LIKE BLACK PEOPLE.. REALLY “N***A

If you recall, Kanye stated President Bush was not here for Black people in 2005.

“George Bush doesn’t care about Black people,” during a fundraiser for the city of New Orleans after Hurricane Katrina hammered the city.

At Kanye’s show, he can be seen sitting on the floor with a shirt with the phrase on the back.

The father of four was also seen in a photo with Republican commentator Candace Owens wearing the same shirt.

Chloe Bailey Slows It Down & Keeps It Sexy In New Video ‘Surprise!’