Home > News > Both sides raising the stakes in election process 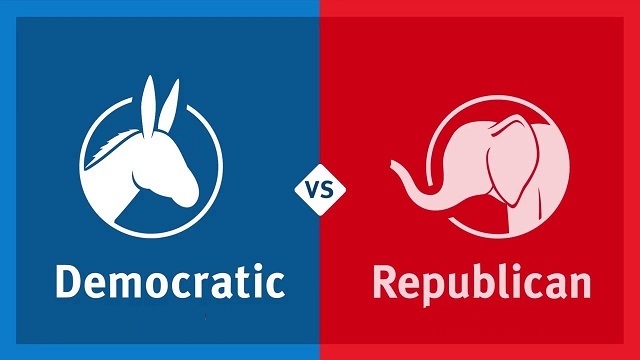 Both sides raising the stakes in election process Georgia prosecutors are investigating all 16 Trump alternate electors in the 2020 election for alleged subversion of the Electoral College.  Critics say the alternate electors were following the established constitutional process for challenging disputed elections.

Meanwhile, the Democrats are ramping up an effort to commandeer the election machinery by getting Democrats voted in as elections officials all across the country. This is a new $80 million effort and it’s patterned after George Soros’ multi-million effort to get left-wing Secretaries of State and out-of-control progressive prosecutors who won’t prosecute into office.  The new effort is called ‘Clerk Work’ and it’s being spearheaded by the Run for Something PAC headed by a former Hillary Clinton campaign staffer.  The $80 million is coming from a Hillary Clinton-affiliated (c)(4), Chan Zuckerberg, LinkedIn, ActBlue, and others.  This follows another recently announced $80 million Democrat effort – the Alliance for Election Excellence – to schmooze local elections officials and give them ‘advice’.   One of the participants – the Zuckerberg-funded Center for Tech and Civic Life – teaches elections officials how to conspire with each other and the media.  Which could explain the recent spate of stories about how elections officials feel, oh so threatened by those mean Republicans.

But Team Red is also raising the stakes in the election process.  It was just announced a Constitutional Sheriffs association is teaming up with True the Vote to investigate election fraud claims in the 2020 presidential election and future elections.  Obama’s IRS couldn’t kill True the Vote and the organization is fresh off a stunning success with its ‘2000 Mules’ documentary showing extensive ballot trafficking occurring at COVID-era drop boxes.  Democrats LOVE those drop boxes and are trying to make them permanent, and now we know why.

The sheriffs’ initiative is raising money so law enforcement will have the resources to conduct surveillance of drop boxes, use artificial intelligence to analyze drop box video, and set up hotlines to report suspicious activity at drop boxes and polling places.  The Democrats are freaking out at the prospect elections just might become more secure.  You should read the hysterical Reuters article on the sheriff’s initiative.  If you didn’t know any better, you would come away believing the sky is falling.  Reuters is a hopelessly left-wing arm of the Democrat Party posing as honest brokers of the news.  They are anything but.

Team Red is continuing to enjoy success in getting common-sense election reforms adopted at the state level.  Missouri’s Governor recently signed a bill banning drop boxes and requiring voter ID which has been widely upheld in the courts.  Even Stacey Abrams will tell you voter ID laws are not racist.  The Democrats have lost the voter ID argument.  It’s all over but the shouting and, boy, do they continue to shout.  Missouri’s new law also stops indiscriminate mail-in voting and gets rid of electronic voting machines in 2024, requiring them to be ‘air-gapped’ from the Internet in the meantime.  This is a great victory for election integrity.

In case you’re one of the few Americans remaining who still believe the 2020 elections were the ‘most secure’ ever, have I got news for you.  The Wisconsin Supreme Court ruled the use of drop boxes in the 2020 election was illegal and candidates are calling for the state’s 2020 election results to be decertified as a result.  In Arizona, newly released video shows ballot mules forging signatures on ballot envelopes.  Federal authorities have confirmed two Iranian nationals hacked into a state computer election system in the 2020 election.  There was illegal ballot harvesting in Arizona, Georgia, and Wisconsin, not to mention dirty voter rolls, nursing home fraud, and over a dozen more documented problems with the 2020 election.  None of this can seriously be disputed.

No wonder people are up in arms and demanding election integrity.  Citizen efforts to clean up the voter rolls are underway in Michigan, Maryland, and elsewhere.  Recent articles from Democrat-controlled media are howling about election integrity efforts from professional paid groups on the Right, but they miss the mark.  It’s the grassroots efforts that will eventually return us to free and fair elections.  Smear us all you want, but we know we’re right, and we’re not going away.  So, get over it.  Your days of cheating are coming to an end.

The post Both Sides Raising the Stakes in Election Process appeared first on Dr. Rich Swier.

Chris Wright
Chris Wright is a guest author for NRN. He’s an independent liberty activist in the leadership of Potomac Tea Party, a national Tea Party based in Northern Virginia. His primary areas of focus are defending the Constitution and fighting socialism.