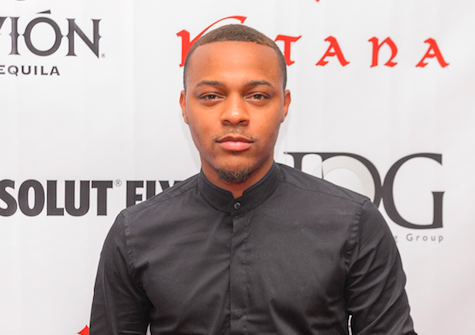 Bow Wow is defending himself after being dragged on Twitter for hosting $1,000 meet-and-greets with fans, offering the expensive package for his upcoming Millennium Tour: Turned Up! alongside Mario, Keri Hilson and others.

The 35-year-old rapper and actor was charging the hefty amount for a “Diamond VIP Package,” which offers fans a  30-45 mounted personal meet-and-greet with Bow Wow, as well as a tour of his bus and backstage lounge, according to his website.

Those who pay for the Diamond Package also get a handful of various freebies.

However, the cost of the experience quickly spread online, with one viral video showing a fan going in on Bow Wow over the price of the meet-and-greet, comparing his price tag to that of Chris Brown, who similarly charged “a rack for a meet-and-greet.”

“So Deaconess Bowlorain Wowardon decided that she was gonna hop on Chris Brown’s bandwagon and charge a rack for a meet-and-greet,” the fan said. “Now while we know that meet-and-greets are not new … what [Brown] did was set the tone for what a backstage experience is supposed to be like, especially when you spending $1,000 to see your favorite artist.”

Why did she call Bow Wow that name?! 😭😭 pic.twitter.com/9Ant62sOiz

However, Bow Wow took to Twitter on Sunday and addressed the reactions to his VIP package, defending the price tag while emphasizing the “private” experience that it offers.

The rapper added that he does offer a much cheaper meet-and-greet Gold Package, which costs $150, but doesn’t allow for the personal and private experiences of the Diamond Package.

A lot of you guys are asking whats the difference between Ticketmaster Meet and greets. Then there my VIP meet n greets that released yesterday….. ill explain…

“A lot of you guys are asking whats the difference between Ticketmaster Meet and greets. Then there my VIP meet n greets that released yesterday….. ill explain,” he wrote. “Certain floor seat tickets come with the standard meet and greet where you will be able to still meet me take photos but you WILL NOT get the full experience as my VIP MEET AND GREET HOLDERS… this is your standard picture taking similar to what we usually do.”

He went on to say that those who pony up for the VIP experience “will gain more private time with me… and will gain access to my private club and everything you can name.”

“As for my special VIP meet and greet experience .. They will gain more access more private time with me also will gain access to my private club and everything you can name,” he added. “There are 3 different packages to choose from. It’s all about how close do you want your experience to be.”

Bow Wow Turns Up Against Critics Online In Since-Deleted Tweet

Bow Wow was far less diplomatic the following day and went in on his critics in a now-deleted tweet on Monday.

“You see when im chilling minding my business staying off the net THEY STILL HAVE TO TALK ABOUT ME,” he wrote. “One week its ‘Bow Wow sells out o2 arena hes a goat’ to who wants to meet him for 1k? Ya baby momma n-gga thats who. Read before u post bout me. Stop playing with the dog.”

He carried the conversation on to his Instagram Stories, where he called out other artists for not doing more to take time out to spend with their fans, saying “unlike most of these lame a** artists that won’t make eye contact with the people who made it possible to even have a career… Ima go all out for my fans!”

Bow Wow said he “hasn’t done meet-and-greets in over seven years,” and added that he he “appreciates the f*** out of (his fans),” who he called “the coolest on the planet.”

“PSA!!! WHEN ARTIST (EVERYONE) DO CONCERTS, they all have something called a VIP PACKAGE,” he wrote. “I HAVENT DONE MEET AND GREETS IN OVER 7 YEARS… I HAVE THE COOLEST FANS ON THE PLANET .. I APPRECIATE THE FUCK OUTTA THEM. THESE ARE MEMORIES THAT WILL LAST WITH THEM FOREVER.”

The uproar over Bow Wow’s VIP prices come just weeks after his fellow “Shortie Like Mine” collaborator Chris Brown made waves after similarly charging fans $1,000 to take a picture with him during his ongoing tour with Lil Baby.

Bow Wow is currently preparing for the Millennium Tour: Turned Up! which kicks off October 7 and ends in Oakland on November 27.

America Is Literally Falling Apart. It’s Time for Those Who Care About Country to Step Up.