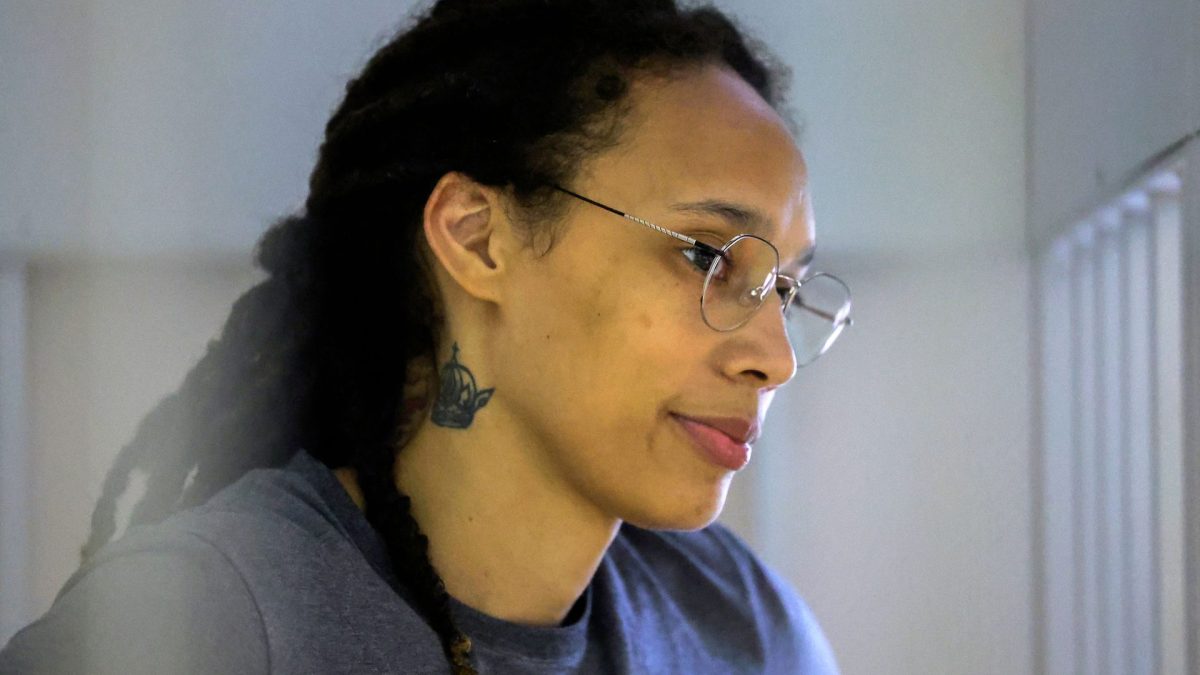 At this time, Brittney Griner‘s whereabouts in Russia are unknown. On Wednesday (November 9), her legal team revealed that officials started to transfer Griner from a detention center to a penal colony to serve her sentence.

According to the Associated Press, Brittney left the center outside Moscow on November 4. Officials won’t release her destination address until Griner arrives there. Per the outlet, penal colonies are common types of prisons in the country and resemble labor camps, where “detainees work for minimal pay.”

Russian officials will notify Griner’s legal team and the U.S. Embassy of her location through official mail, per the New York Times. However, it could be up to two weeks before the first notice lands.

AP also reports that “access to Griner may be difficult” once she arrives at the colony, given that most are located in remote parts of the country.

The move is unsurprising, mainly after Brittney lost a conviction appeal two weeks ago. In August, a Russian court found her guilty of attempted drug smuggling and possession. The court sentenced her to nine years in a penal colony plus a fine of $16,300 or one million rubles.

The ruling came after Russia detained Brittney for months after customs discovered two vape cartridges containing hashish oil in her luggage. Throughout the trial, Brittney maintained that she had no intentions of breaking Russia’s laws or endangering its population. Instead, she declared transporting the illegal substances was “an honest mistake.”

Following the conviction, Griner’s legal team quickly filed an appeal. However, a court shut it down in October. The judge only granted Brittney time served, meaning each of her pre-trial detention days will count as 1.5 days off her sentence. Ultimately, Brittney could spend about eight years in a penal colony unless the U.S. strikes a deal with Russia.

Here’s Where The White House Stands On Griner

Despite the apparent lack of action, the White House has backed Griner from the start. In May, U.S. officials declared that Russia was wrongfully detaining the American basketball star. After her conviction in August, he released a statement calling for the “immediate release” of Griner and another American prison named Paul Whelan.

By October, the White House tripled down on calls for Brittney’s release and accused Russia of running a “sham political proceeding.”

“We are aware of the news out of Russia that Brittney Griner will continue to be wrongfully detained under intolerable circumstances after having to undergo another sham judicial proceeding today. President Biden has been very clear that Brittney should be released immediately,” National Security Advisor Jake Sullivan said.”

In early October, Griner’s wife, Cherelle Griner, said that Brittney shared that she feels like her “life just doesn’t matter.”  And days before losing her appeal, Brittney’s lawyer Alexandr D. Boykov revealed that she was “afraid” of serving the entire sentence.

This story is developing.