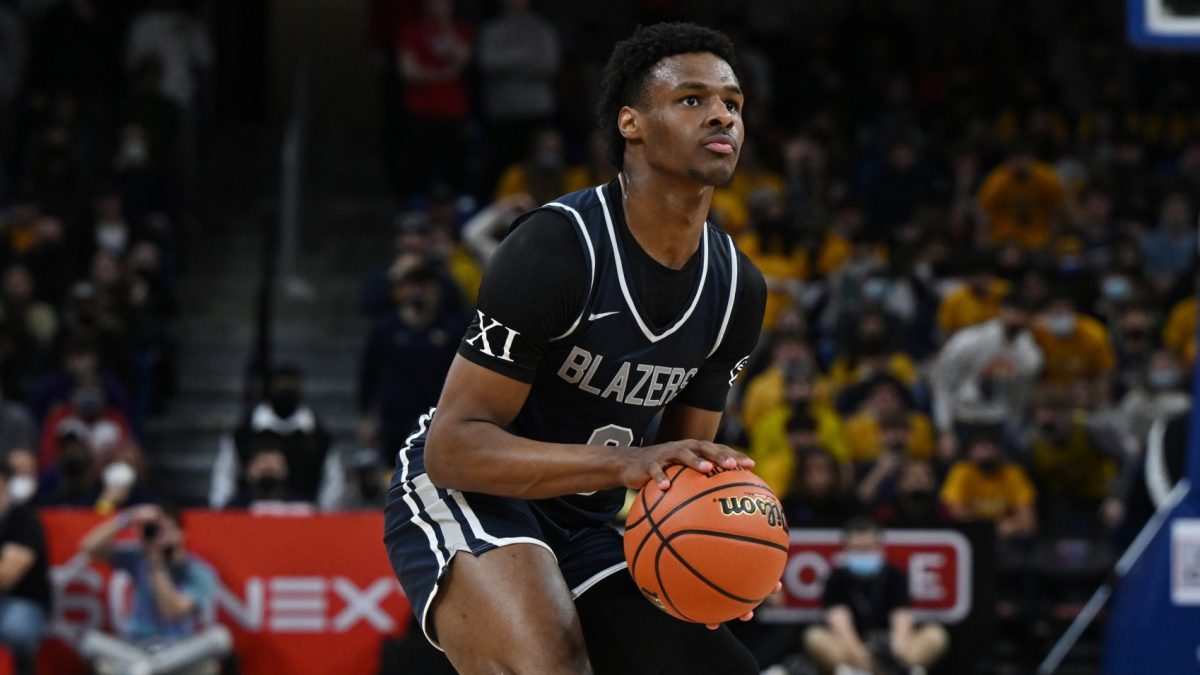 According to Complex, the eldest son of basketball champion Lebron James signed a NIL (name-image-likeness) deal.

“For as long as I can remember, Nike’s been a part of my family,” Bronny said. “Getting a chance to team up with them and continue my family’s legacy both on the court and in the community is wild—it really means a lot to me.”

Hit that ❤️ to show them some love and welcome them to the Nike Basketball fam. pic.twitter.com/xIPZN2raOS

Bronny Follows In His Father’s Footsteps

And Bronny is right. Nike has been in his family since 2003, when his father first signed a $90 million with them. Then, the four-time NBA champion inked a lifetime deal in 2015. The deal was rumored to be worth about $1 billion.

19 years later, LeBron has a lifetime deal worth over $1B pic.twitter.com/cld4bx4Nbg

LeBron’s business partner and close friend Maverick Carter fed those talks in 2016 during a GQ interview. At the time, Maverick motioned upwards when asked about the worth of LeBron’s lifetime deal. He was a key player in negotiating the contract.

“Yeah. It’s a fantastic deal. Nike feels great about the deal. That’s the most important thing. As great as I feel, as great as LeBron feels–Nike feels fantastic about it. It’s the largest deal in the history of the company,” Maverick said. Their hope is he makes even more. And our hope is that, too, obviously.”

Like his father, Bronny joined Nike before touching a contract or court for the NBA. He’s currently in his senior year at Sierra Canyon High School. Also, like daddy dearest, the amount of coins the star player will be cashing in is still on the hush.

LeBron hasn’t said much online about his son’s deal. But he did re-post a couple of posts covering the news to his Instagram Story. He also shared an ad-like Nike video to his profile featuring Bronny!

The news also comes days after the younging welcomed his 18th birthday on October 6. Over the weekend, he celebrated alongside his parents, friends, and entertainers like Travis Scott! Congrats Bronny!

Alaskan Senator Murkowski Is In Danger Of Losing Reelection