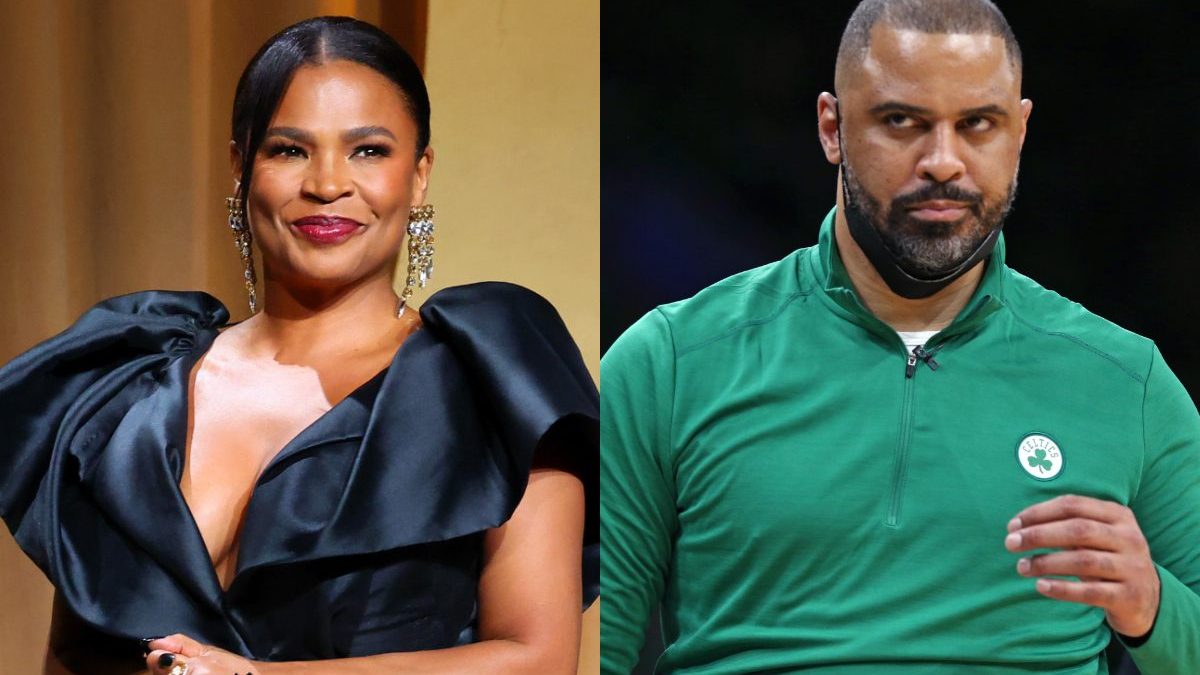 Nia Long’s unfaithful fiancee Ime Udoka has found a new job, according to ESPN sources. The Brooklyn Nets are finalizing a deal to hire the suspended Boston Celtics coach. Udoka previously worked for the Nets as an assistant coach for one year before starting his coaching gig with The Celtcis last summer.

According to the outlet, a formal agreement is expected to be reached as soon as Wednesday. Boston reportedly isn’t interfering with Brooklyn’s decision to hire Udoka, but there are discussions that are taking place before a deal can be finalized, sources said.

In September, The Celtics suspended Udoka for the 2022-23 season for his “improper relationship” with a subordinate before training camp. The woman was revealed to be 34-year-old Kathleen Nimmo Lynch, a married mother of three who serves as the Celtics’ team service manager.

Nia Long has been engaged to Ime Udoka, 45, since 2015 and they share one son, born in 2011. The actress also has an older son from a previous relationship. So far, 52-year-old Long has not commented on the state of her relationship with her future husband, but asked for privacy after Udoka’s suspension details and the affair were made public.

According to ESPN, an independent law firm probe into suspended Boston Celtics coach Ime Udoka found that he used “crude language” in his dialogue with a female subordinate prior to the start of an improper workplace relationship with the woman. The report says this element significantly factored into the severity of his one-year suspension.

The investigation found that Udoka’s verbiage was deemed “especially concerning” coming from a workplace superior.

The power dynamic associated with a superior’s improper relationship with a staff member was the primary finding and policy violation cited in the law firm’s report, which was commissioned by the Celtics and completed early last week, sources said.