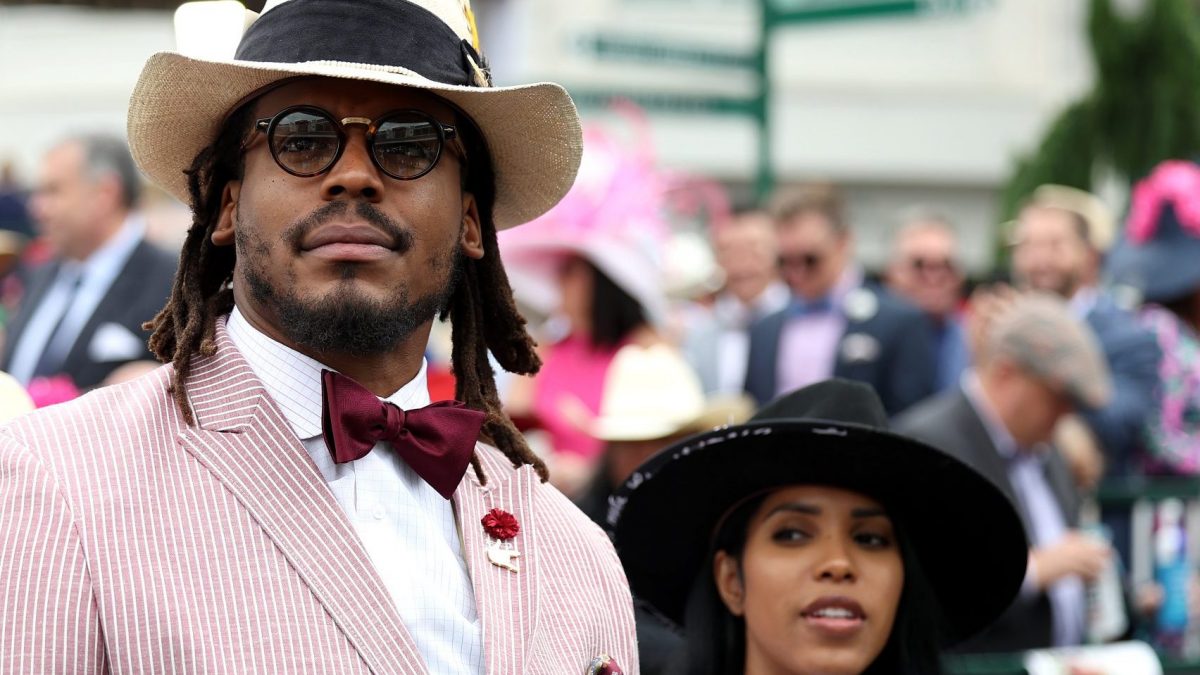 Comedian Jasmin Brown, better known as “Watch Jazzy” to Instagram followers, revealed she is happily submissive to her famous boyfriend Cam Newton, and now the internet is picking her apart.

Fans think the father of seven, who admitted to spoiling his last relationship by cheating, isn’t worth the effort.

Brown made the admission while appearing on Shan Boodram’s “Lovers & Friends” webcast. The topic of Brown’s biggest flex came up, where she revealed her biggest bragging point is how great she pampers her boyfriend, Cam Newton.

What does a submissive woman do for her alpha man in a romantic dynamic? @watchjazzy explains the Art of Being Submissive. Listen here https://t.co/8bWouwKzxi pic.twitter.com/X5p4BJUhSI

“Relationships and being submissive is like an 8-count,” the 33-year-old entertainer declared to sexologist Shan Boodram.

“If you have a long day and you are fighting the world, you will never come back and fight me.”

To some, her submissiveness to Cam Newton, whom she’s been dating publicly since last summer, can appear to be “enabling.”  But 33-year-old Cam doesn’t buy into the concern of his relationship naysayers. Brown alleged he says,  “of course, they are going to say that; they don’t have anyone doing it for them.”

Jasmin may be proud of how she loves Cam. However, fans have a lot to say about her admission. The clip of Jazzy describing how she enjoys spoiling the athlete with little to no expectations from him is stirring the pot online.

One Twitter user called Cam out for being a serial cheater, insinuating Jazzy was embarrassing herself:

Baby you date Cam Newton. A serial cheater with 15 kids and multiple BMs. Hearing her say this makes this video even more wild.

Baby you date Cam Newton. A serial cheater with 15 kids and multiple BM’s. Hearing her say this makes this video even more wild. https://t.co/3mQSbr9J5v

Even more comments poured in, picking a part her words. Scroll down to see them.

You’re rubbing cam newton’s back till he falls sleep every night meanwhile your asshole is tenderized. Where’s your back rub?

Jazzy is dumb like I said. You gotta be a little dumb to date Cam Newton https://t.co/vmnxB6NOAs

She is allegedly dating Cam Newton, who famously said this a few months ago. 🫥 Chile, if they like it and it works for them — Jah bless. pic.twitter.com/Z1pAYZiEhh https://t.co/GhGfIV4jwF

I always say stop listening to & taking advice from people who record videos in their cars. They always want prove themselves to be dumb

Roomies, what do YOU think about reaction to Watch Jazzy’s admission to submitting to her rumored boyfriend, Cam Newton?

Who’s The Baddest Of Them All? Twitter Clashes Over ‘Hottest Female Rappers’