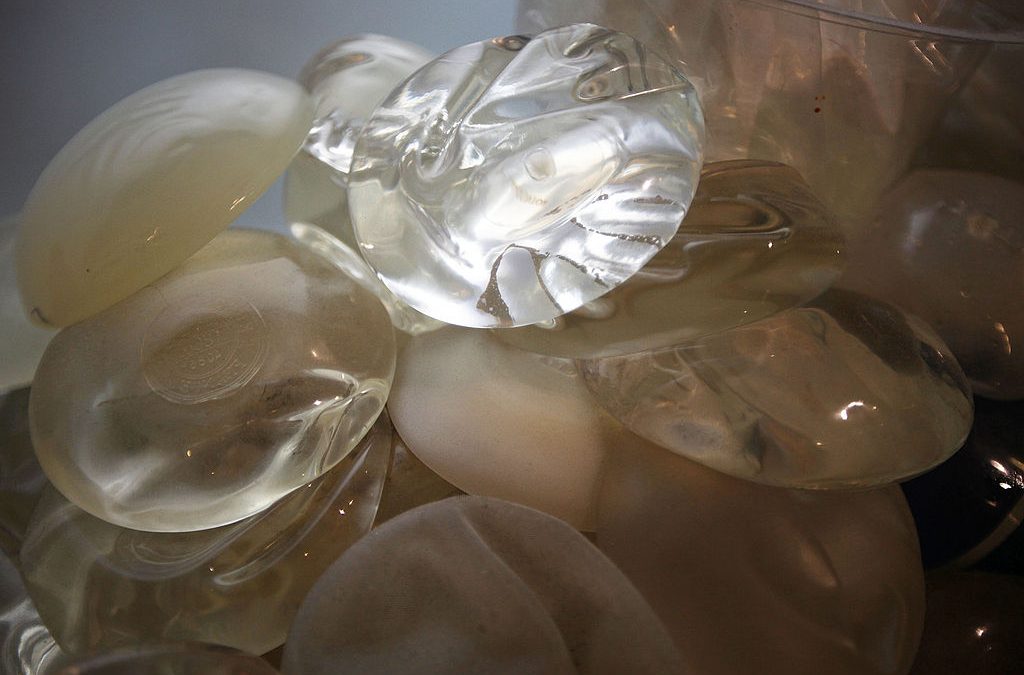 Parents and students alike are expressing concern after a Canadian high school said it would be illegal to prevent a trans teacher from wearing massive prosthetic breasts in the classroom.

Kayla Lemieux, a Manufacturing Technology teacher at the Oakville Trafalgar High School in Ontario, went viral after video and images of her teaching a shop class showed off the huge prosthetics, which jut out just below her naval and cover practically her entire torso and stomach.

The prosthetics in question also have very large and prominent nipples, the outlines of which were completely visible underneath the teacher’s clothing.

However, the Halton District School Board defended the buxom teacher despite backlash from parents and reports of some students skipping her class, according to the Toronto Sun.

School board officials said they would no longer speak on the issue due to it being a “personal matter.”

The district added that criticizing or interfering with Lemieux’s expression of her gender affirmation would violate the Ontario Human Rights Code.

Lemieux reportedly identified as a man as early as this year, with the school directory listing both names, Stephen Hanna and Kayla Lemieux as tech teachers.

Meanwhile, parents and students seemed split on the issue, with some supporting Lemieux and others expressing discomfort with the situation.

“I’m okay with it,’ Owen LaPlante, a 12th grader at the school, told the Sun. “I know some of my friends are a little uncomfortable with it, but I think she should be able to express herself however she wants to.”

Apparently in today’s woodworking (aka weirdwoking) class at Oakville Trafalgar High School in Canada, pupils will learn how to make chapel hat pegs, a speciality of their trans teacher, Kayla Lemieux…… pic.twitter.com/o9cFoMjnUK

Sophomore Yuxuan Xie told the outlet that he hasn’t “really heard anyone talking about it,” and added that “maybe we don’t care about that.”

“I don’t really hear anyone talking about it,” he said. “I think, maybe, we don’t care about that.”

Parents Say Prosthetics Go “A Little Too Far,” School Assigned Cops To Be Stationed Nearby Amidst Fears Of Protests

Parents were a bit more outspoken about the issue, with one mother of a senior at the school, identifying herself only as Lei, telling the Sun that she had no problem with Lemieux coming out as a trans woman, but said the breast prosthetics were “going a little too far.”

“I think he’s going a little too far,” Lei said. “I think identifying himself is ok, but I think that just wearing that in the classroom… I still have concerns over that.”

In anticipation of widespread protests, the school district had police officers stations outside of the school after the video of Lemieux in shop class went viral over the weekend.

However, only one protester, who claimed to be a former student, actually showed up while waving the Canadian flag.

The protester, who did not identify themselves, told the Sun that it was “fundamentally wrong” for Lemieux to work at the school “with huge breasts on,” calling it “gross.”

“I think it’s fundamentally wrong that this individual is able to work at an institution as such, with huge breasts on. It’s gross.”

The school board chairwoman Margo Shuttleworth said that staff are looking at “going through creating a safety plan” to make sure teacher’s are safe amidst concerns more protesters might turn up in the near future.

‘This teacher (who teaches shop) is an extremely effective teacher,’ said Shuttleworth. ‘All the kids really love being in the class.’

Meanwhile, the school district’s next board meeting, scheduled for this Friday, is likely to attract parents and other concerned citizens regarding Lemieux’s breast prosthetics.

South Beach’ To ‘Real Housewives Of Dubai’ Lesa Milan Steps In To Talk About Her Reality TV Transformation, Her Brand & More