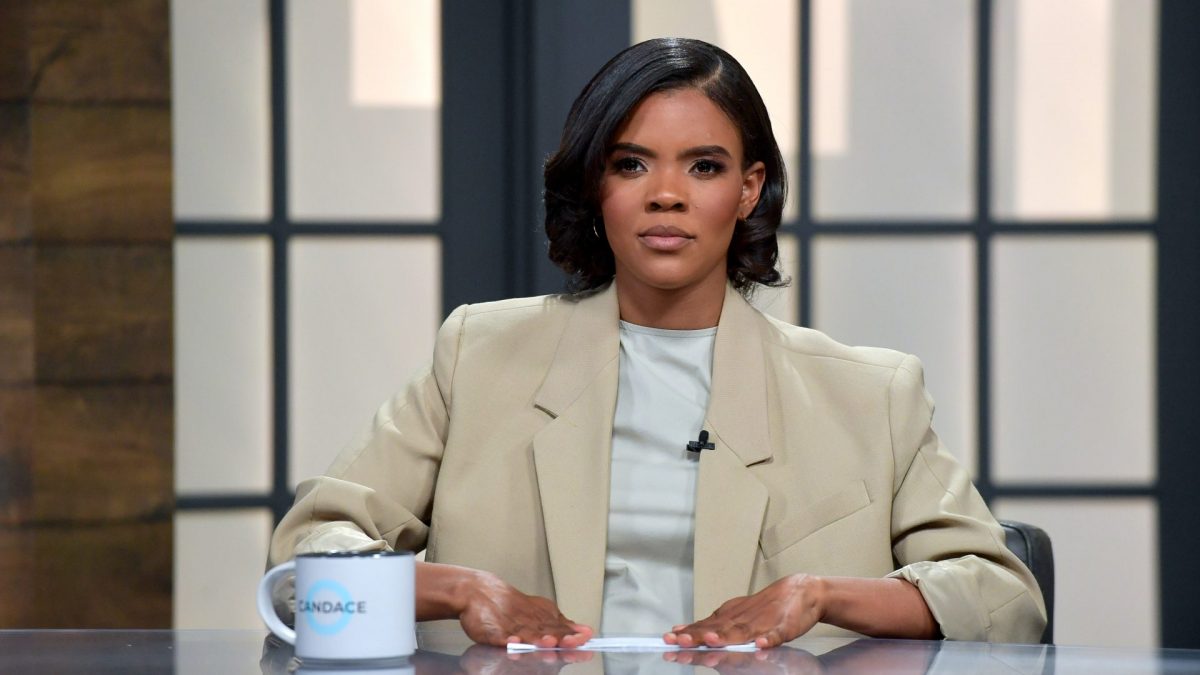 Candace Owens is exploring her legal options against George Floyd‘s family. The move serves as a response to their $250 million lawsuit against Ye for “harassment, defamation, and emotional distress.”

Last week, Roxie Washington, the mother of Floyd’s daughter, announced she is suing the artist on behalf of her child. The suit says that Ye’s disproven claims about George Floyd’s death are retraumatizing his daughter for personal gain.

“They hit [George] with the fentanyl,” Ye said on the podcast Drink Champs. “If you look, the guys’ knee wasn’t even on [Floyd’s] neck like that.”

Ye’s appearance on Drink Champs, littered with inaccurate and insensitive statements, caused such controversy that the show’s host N.O.R.E. went on an apology tour early last week for it. The rapper’s comments, particularly the anti-Semitic talks, also seemingly lit the match under several partnerships,  including Balenciaga.

Candace Claims She Has Grounds To Sue Floyd’s Family

Meanwhile, leading up to the lawsuit announcement, Owens clapped back at online users as they discussed Floyd’s family potentially suing her.

“I think you should consider how defamation law works in this country,” Candance responded to a Twitter critic. “Did you know that truth is an absolute defense against it? Did they pick up Floyd’s belongings? Did Floyd not say “I can’t breathe” before he was laid on the ground? ‘Sue her’ is not an argument.”

And the conservative commentator added to her attack on the family’s lawsuit claims on a podcast episode. She revealed plans to determine the legitimacy of suing the family.

“I’m also sick of frivolous lawsuits. You know, if this is actually considered credible, if you can sue somebody because you’re feeling ’emotionally distressed’ because of them going out and saying things, well then, I think that I have grounds to sue George Floyd’s estate,” Candace said on a podcast episode.

But Floyd’s family believes there was a financial intention behind Ye’s words. Their suit says the rapper “knowingly made blatantly false statements about George Floyd’s death to promote his brands and increase marketing value and revenue.”

Ye’s fentanyl claims contradict the 2021 murder conviction of Derek Chauvin. According to the trial’s evidence, Floyd died after Derek restricted his oxygen supply for nearly 10 minutes with a knee to the neck–an inhumane act witnessed by the world on video.

A jury found the former Minneapolis officer guilty of second-degree murder, third-degree murder, and second-degree manslaughter in 2021. By June, a judge sentenced Derek to 22.5 years for the conviction. This year the court gave Chauvin an additional 22 years to be served concurrently for violating Floyd’s civil rights.

Despite the trial outcome, the online backlash to the fentanyl claims, or Ye’s public silence on the suit, Candace pressed forward with her clapbacks. The show host pulled language from the lawsuit to express her disapproval of the family’s decision.

“I have grounds to sue George Floyd’s family for doing this little PR stunt. It’s causing me a ton of distress,” Candace said. “I feel angry and I feel upset with the fact that I am fighting for Black America to be freed from the lies, while these people are fighting to keep them in the dark.”

At this time, it’s unclear if Candace has already determined the legitimacy of a lawsuit against Floyd’s family. Ye continues to remain silent on social media regarding the matter and all other happenings around him.

Boy, 9, Only Survivor After Gunman Shoots Entire Family As They Camped

Doctors Are Warning Women To Take Advice From Licensed Professionals