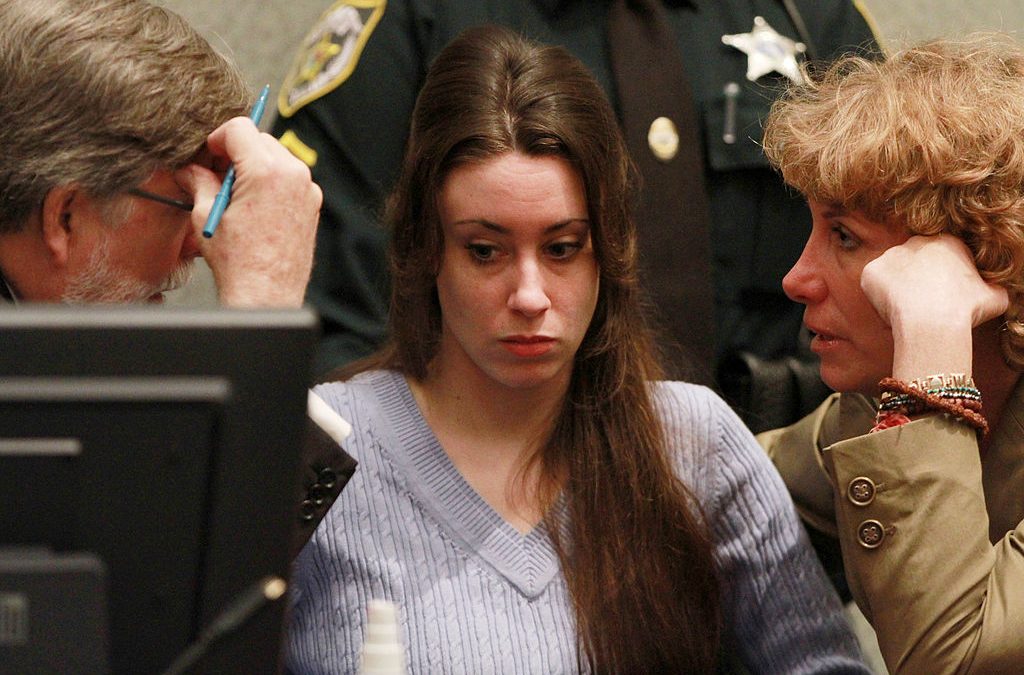 More than ten years after Casey Anthony was sentenced to jail time in connection to her daughter’s death, she’s speaking out about her recollection of the events leading up to the tragedy.

In her first on-camera interview, Anthony claims that she was in no way responsible for her daughter Caylee’s death. Instead, she names her father George as the alleged murderer, claiming he staged Caylee’s drowning to cover up the fact that he may have been sexually abusing her.

Newly-released details obtained by People have emerged regarding the upcoming docu-series centered on Anthony, the Florida woman acquitted in her two-year-old daughter’s mysterious, still unsolved murder, with Anthony accusing her father for being responsible for the child’s death.

Anthony says her father woke her up on that day, claiming that Caylee had found her way into the pool.

According to the report, Anthony said she and her daughter had been sleeping together in her bed on June 16, 2008, when the mother “wasn’t feeling that great.”

“I was awoken by [my father] shaking me and asking me where Caylee was,” she said, according to People. “That didn’t make sense. She would never even leave my room without telling me.”

A Timeline Of Events Following Caylee’s Death: “(My Dad) Took Her From Me, And Went Away”

Anthony went on to say “I immediately started looking around the house. I go outside, and I’m looking to see where she could be,” before noticing her father “standing there with her.”

“She was soaking wet,” Anthony said. “He handed her to me. Said it was my fault. That I caused it. But he didn’t rush to call 911, and he wasn’t trying to resuscitate her. I collapsed with her in my arms.”

She added that Caylee was “heavy” and “cold.”

George Anthony then “softened his tone” and took Caylee from his daughter, Casey said.

“He immediately softens his tone and says, ‘It’s going to be ok,’” she said, according to the report. “I wanted to believe him. He took her from me, and he went away.”

After 11 years, Casey Anthony breaks her silence for the first time on camera.

Casey Anthony: Where The Truth Lies, a 3-part limited series, premieres November 29 only on Peacock. pic.twitter.com/TMHXFQfiNA

Doubts Over Caylee’s Death Narrative, As Above-Ground Pool Had No Ladder And No Way For Her To “Shimmy Up”

She asserts her daughter had not drowned, noting the above-ground pool had “no ladder” and that there was “no way for her to shimmy up.”

“There’s no way to explain that, unless [George] put her in the pool to cover up what he did.”

For the next 31 days, Anthony spent time at her boyfriend’s home, but remained quiet about her daughter’s drowning.

She claimed she “genuinely believed that Caylee was still alive,” according to the report.

“My father kept telling me she was okay,” she said, according to the report. “He told me what to do. I tried to act as normal as I could.”

According to People, Anthony recalled how her father would “put a pillow over my face and smother me to knock me out,” when she was a child.

She added that she believes her father had done the same to Caylee.

“That’s what I think about,” she reportedly said. “I wish every day I had said something to someone about something. Maybe then things would be different.”

Caylee was eventually reported missing by her grandmother on July 15, 2008, several weeks after the girl was last seen on June 16.

Anthony reportedly claimed her daughter was with a babysitter when they disappeared.

While she was initially arrested for child neglect, she was later charged with more serious counts, including first-degree murder, after Caylee’s remains were found on December 11.

During her trial, jurors deliberated for 11 hours before finding her not guilty of first-degree murder, aggravated manslaughter and aggravated child abuse.

However, she was convicted of lying to law enforcement, the outlet reports.

Jose Baez, Anthony’s defense attorney, claimed Caylee died after accidentally drowning, with her death then being covered up after the fact.

George and Cindy Anthony did not immediately respond to requests for comment.

“Casey Anthony: Where The Truth Lies,” will be released later this month and features Anthony’s first on-camera interview since she was found not guilty of her daughter’s murder.

In the three-part docu-series, which will air on Peacock on November 29, the now-36-year-old provided new details and pinned the blame on her father, much like defense attorneys did during her 2011 trial, according to People.com.