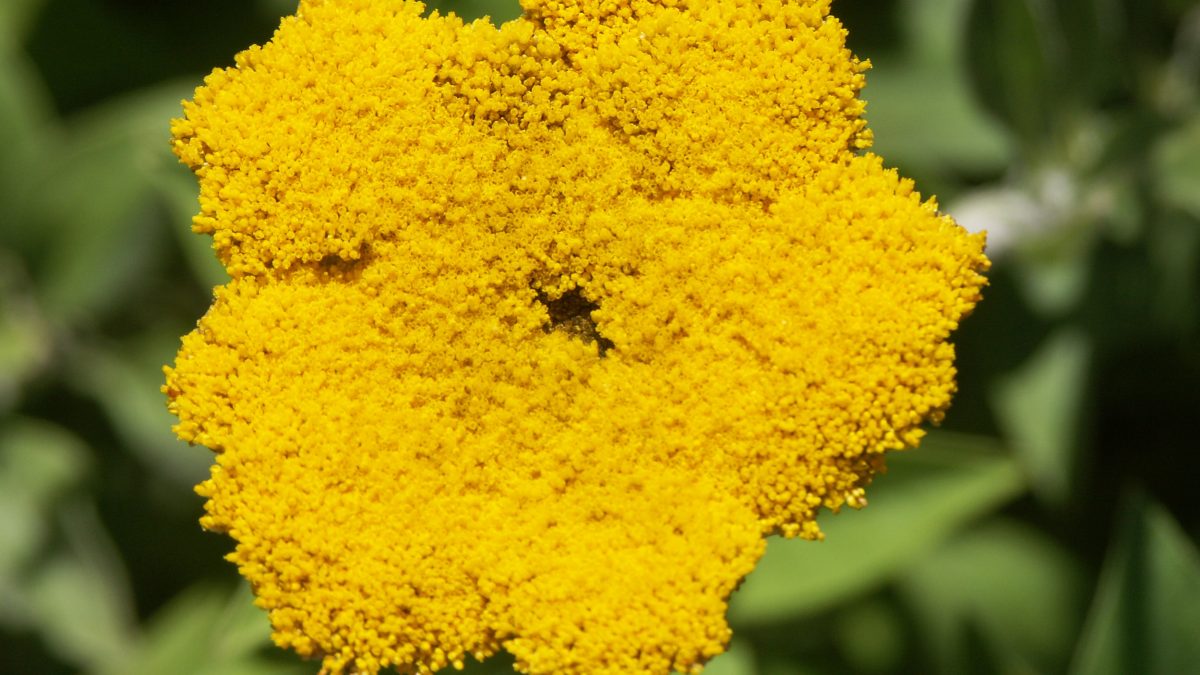 
Legal issues surrounding synthetic CBD and cannabis generally have led scientists to attempt the identification of an alternative botanical source of CBD. A new study published in May in Natural Product Communications discusses that possibility, critically analyzing the claims that this has been achieved.

Woolly umbrellas (Helichrysum umbraculigerum) is one of botanical species that drew attention in 1979 after it became the first non-cannabis plant found to contain even 17 phytocannabinoids. This South African plant has traditionally been used in rituals and as a medicinal herb. However, one of the latest research conducted on the Walter Sisulu National Botanical Garden samples in Johannesburg found that the plant contains only phytocannabinoids of the phenethyl type. In any case, woolly umbrellas is the first, and so far the only non-cannabis plant, where the isolation, and not simply the detection, of cannabis phytocannabinoids has been unambiguously reported.

In 2012, CBD was detected in flax (Linum usitatissimun), a plant whose historical use dates back to 9000–8000 BC, with the earliest records originating from Turkey, Iran, Jordan, and Syria. Today it is grown in many countries around the world, with fiber used for the production of linen and seed for the production of oil. While flaxseed turned out to be the largest source of CBD, the levels are still extremely low when compared to the cannabis plant. Also, since only trace amounts of CBD were detected, there is a possibility that a soil-mediated horizontal natural product transfer has occurred. Given the anti-bacterial and anti-inflammatory activity of cannabinoids, their presence in flax fiber bares relevance for its use in wound dressing. Still, additional scientific proof is needed.

CBD, THC, and CBN are reported to be found in the Indian charcoal tree (Trema orientalis), a plant native to Africa, Asia, and Australia. The plant is traditionally used in the treatment of diabetes, respiratory diseases, urination problems, and malaria. However, out of three samples collected from different spots in Thailand, not all of them contained CBD, and the content detected in those who did was very low.

In the proprietary literature, a patent claims the isolation of CBD from the floral leaves of stevia (Stevia rebaudiana Bertoni), an ancient shrub from South America, used mostly for sweetening, which suggests a need for additional studies.

A case of scientific fraud

The idea that CBD could be extracted from a plant that does not contain any traces of THC and, as such, would become some sort of non-stigmatized CBD was so appealing to some entrepreneurs that it led them to commit fraud.

In 2018, there was a claim that CBD occurred in high doses with no traces of THC in a hop hybrid called Humulus Kriya. The research was published in the first issue of an ad hoc created journal – the Journal of Medicinal Phyto Research. The plant was claimed to be the first legal non-narcotic source of phytocannabinoids. The development of Humulus Kriya was even protected by a patent.

“This is significant. Humulus will be known for more than beer. Cannabis no longer has a monopoly on CBD. Governments don’t need to suppress it. People can use it without fear. And we can openly study its medical benefits,” said Dr. Avi Cohen, an expert from the World Health Organization’s Traditional Complementary and Integrative Medicine Group.

Eventually, a careful analysis of the scientific work claiming Humulus Kriya contains high amounts of CBD showed that it had been fabricated by plagiarizing almost word-by-word published literature on CBD, and the researcher who claimed to have discovered Humulus Kriya turned out to be a convicted con artist well-known to the police.

The 15 Best National Parks in the World for Wildlife Watching

CBD Will Soon Be Available in Canadian Pharmacies and Vet Clinics