Home > Entertainment > Celebrities Were Ready To Slay And Drip On The MTV VMAs Red Carpet! 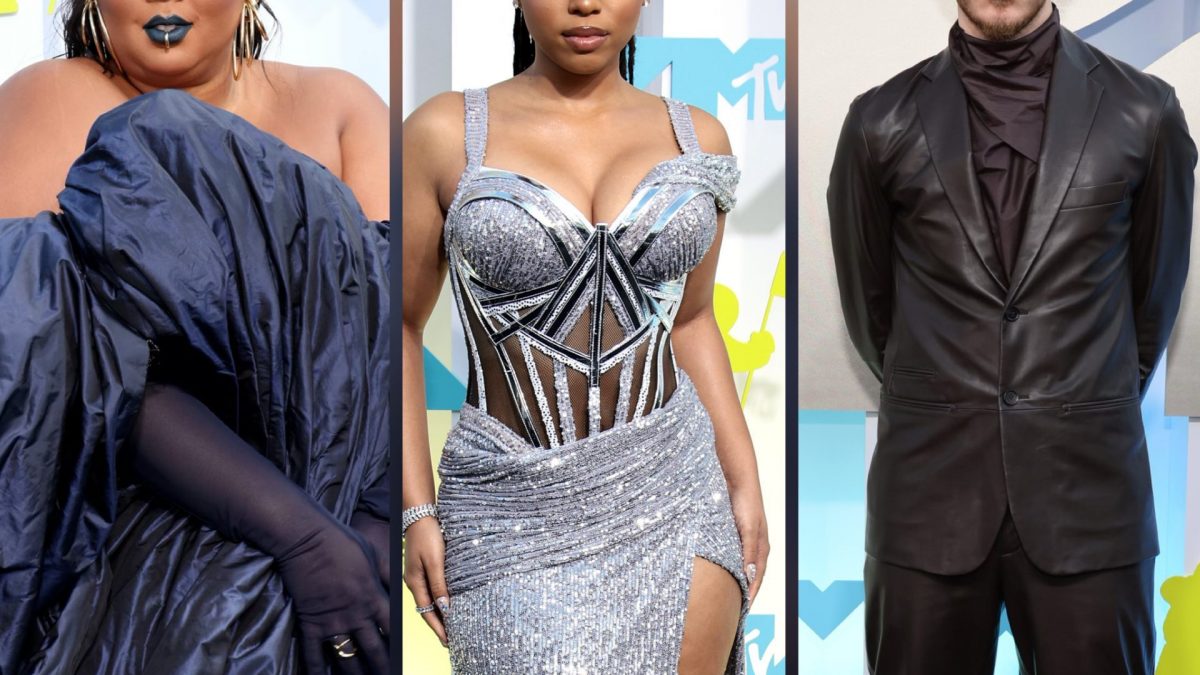 As the summer winds down, the 2022 MTV VMAs officially closed out the season with a bang…and your favorite celebrities were in attendance to collect trophies and shut down the red carpet! Music’s biggest stars didn’t disappoint at this year’s MTV VMAs, as they graced the red carpet with drip-ready ensembles that turned heads and quickly became viral moments.

Lizzo brought the drama to the red carpet at this year’s MTV VMAs, wearing a voluminous navy blue gown paired with slicked back hair and dramatic makeup, she was one of the first celebrities to make a fashion statement.

As one of the three hosts of the 2022 MTV VMAs, Jack Harlow kept his fashion pretty simple, opting for an all-black leather suit with matching sunglasses and loafers.

Chloe Bailey does what she does best…serve up an effortless slay on the red carpet and this year’s MTV VMAs was no exception. Draped in an all silver form-fitting gown, Chloe accentuated her hourglass figure with matching accessories.

Here Are The Night's Big Winners At The 2022 MTV VMAs!