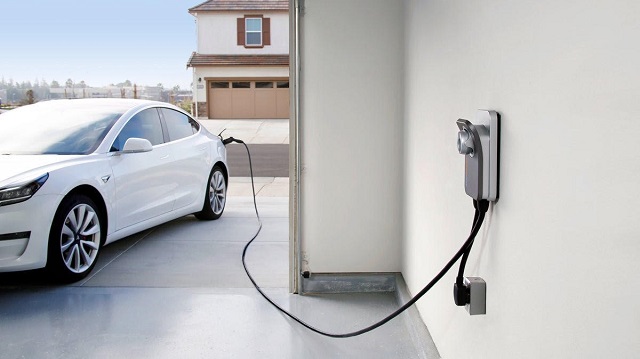 Watch as Congressman Thomas Massie (R-KY) puts Biden’s Secretary of Transportation Pete Buttigieg on the spot during a hearing on the cost to charge all electric vehicles on Tuesday, July 18th, 2022.

NOTE: Most air-conditioning units run on a cycle of 15 minutes twice per hour. The actual power consumption is at 7.7kWh.

Electric vehicle batteries need a multitude of resources to be manufactured. In the case of cobalt, the World Economic Forum has called out the extraction conditions in the Democratic Republic of the Congo, where more than half of the world’s cobalt comes from. Miners as young as seven years are suffering from chronic lung disease from exposure to cobalt dust. Not only does battery manufacturing account for 60 percent of the world’s cobalt use, but there are also no good solutions to replace it, which is something Elon Musk is struggling with.

This does not even address the extraction procedures, complications, ethical conditions, and emissions produced by the need for aluminum, manganese, nickel, graphite, and lithium carbonate.

The renowned German research institute IFO declared the eco-balance of diesel-powered vehicles to be superior to electric vehicles in a study released in April.

An electric vehicle requires six times the mineral inputs of a comparable internal combustion engine vehicle, according to the International Energy Agency.

At one time, “Saving the Environment” and “Fighting Climate Change” were synonymous. That is no longer true. The quest for Clean Energy through electric vehicles (EVs) epitomizes “the end justifies the means.”

According to the International Energy Agency (IEA), an electric vehicle requires six times the mineral inputs of a comparable internal combustion engine vehicle (ICE). EV batteries are very heavy and are made with some exotic, expensive, toxic, and flammable materials.

The primary metals in EV batteries include Nickel, Lithium, Cobalt, Copper and Rare Earth metals (Neodymium and Dysprosium). The mining of these materials, their use in manufacturing and their ultimate disposal all present significant environmental challenges. Ninety percent of the ICE lead-acid batteries are recycled while only five percent of the EV lithium-ion batteries are.

All electric vehicles (EVs) are costly to manufacture, use exotic, expensive, toxic, and flammable materials, harm the environment and harm those children working in the mines in the Democratic Republic of the Congo, where more than half of the world’s cobalt comes from.

Now we learn that Biden’s Secretary of Transportation Pete Buttigieg has not idea what it costs the ordinary American family to own, charge and maintain EVs. If you purchase a Tesla is will cost $45 for their outlet, and an estimated  installation cost of between $750-$1500.

You see it’s not about the environment, saving the planet from climate change or what is best for the American family.

It’s all about their green agenda and its ideology. The ends justifying their nefarious means!

The American consumer be damned.

The post Charging an All Electric Car Uses 4 Times the Electricity of a Home Air Conditioner appeared first on Dr. Rich Swier.

Judge Jeanine Torches Kamala Harris – ‘She Is Lazy And Uninterested’

Too Tired for Your Own Good