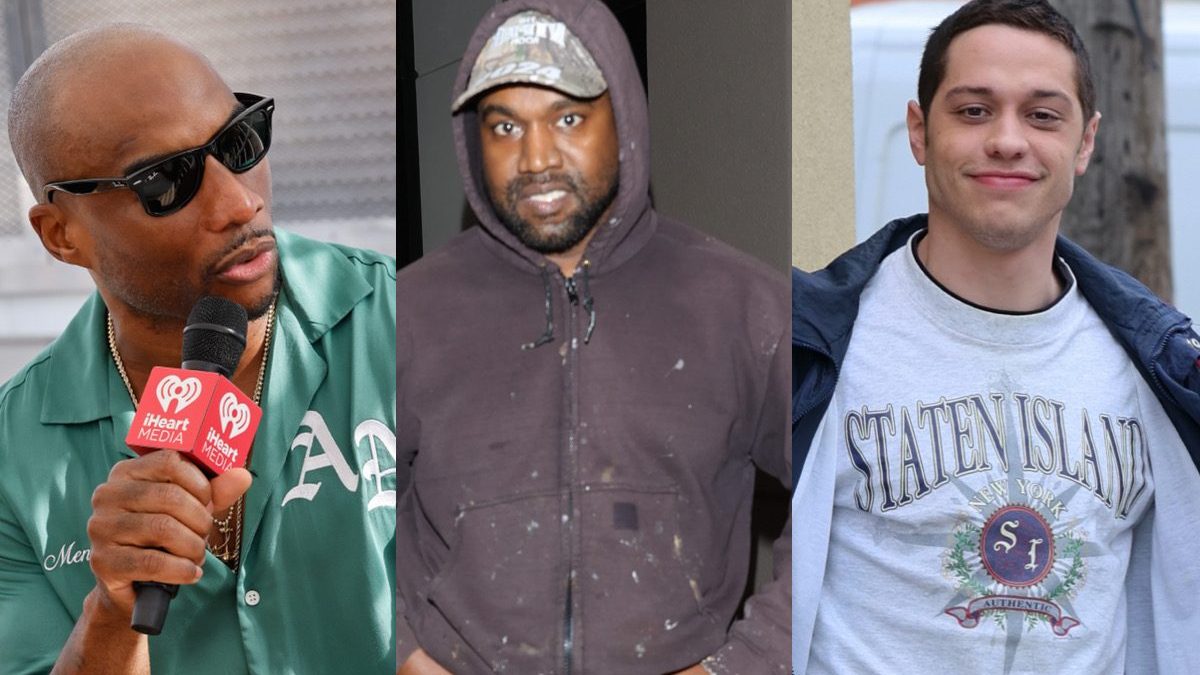 Charlamagne Tha God was telling it all on the ‘gram early Friday morning. The radio show host strapped on his petty boots and took to his personal account with a clarification aimed at Ye.

“I think in life you should always tell the whole story. There was some context missing from this story told on @drinkchamps so I decided to provide it,” Charlamagne wrote in his caption. “Sending healing energy to everyone who needs it this morning felt petty might delete later.”

He posted a snippet of his guest appearance on the podcast The Brilliant Idiots. In the video, he addressed a segment of Ye’s Drink Champs interview, where the rapper expressed confusion about Charlamagne’s previous comments about Pete Davidson‘s penis size.

“Charlamagne, he gon’ go on air and be like, imma paraphrase it, Kim is with Pete because he got a bigger d**k,” Kanye West said on Drink Champs. “Why you talking ’bout another man’s d**k on camera?”

According to Charlamagne’s story, he got into an argument with the rapper last November. Ye allegedly phoned Charlamagne to convince him to abandon loyalty to Pete Davidson, but the host wasn’t having it.

“He’s basically trying to get me onboard to sh*t on someone he knows is my friend Pete Davidson,” Charlamagne said.

The radio host said Ye wanted help saving “the new Marilyn Monroe”, meaning Kim. Given the time frame, it appears the argument went down after Kim and Pete shared their first kiss in front of a national audience on Saturday Night Live.

See what Charlamagne said below!

Hindustan Zinc Lighting the #PragatiKiRoshni for a Brighter Tomorrow