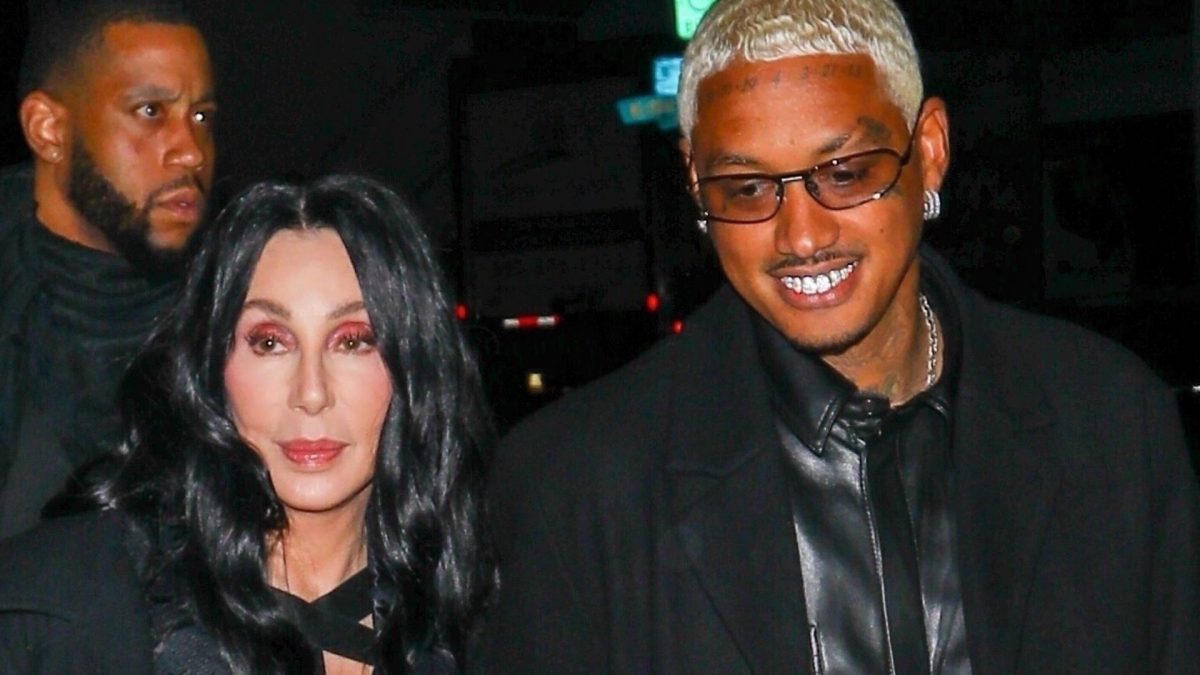 It looks like the father of Amber Rose’s children, ex-boyfriend A.E., has moved on…to an icon!

Alexander Edwards was seen holding hands with the “Goddess of Pop,” Cher, in Hollywood last night, sparking romance rumors between them. The photos of the pair are shocking fans on the internet because of their 40-year age gap. AE is 36 years old, and Cher celebrated her 76th birthday in May.

According to the paparazzi flicks,  AE and Cher were heading home after dinner at Craig’s in West Hollywood with Tyga, one of Ae’s closest buddies. The rumored couple matched in black layered clothing from head-to-toe, with AE sporting his signature platinum hair and Cher leaving her iconic, long black locks loose for the occasion,

After Craigs, Cher & Alexander shared a car in route to Mr. Nice Guy, a swanky Hollywood hangout, just a mile away, according to TMZ.

Inside the back seat together, AE seemed to gently kiss the top of Cher’s hand while looking her in the eye. Paparazzi caught the intimate moment in photos.

It’s been a year since Alexander and Amber Rose called it quits. In August 2021, Amber Rose publicly blasted AE for cheating on her with twelve women. Days later, the music executive admitted to cheating and called Amber his best friend.

This isn’t the first time Cher has been connected to AE’s circle. Back in September she posed with Tyga at the Rick Owens show during fashion week.