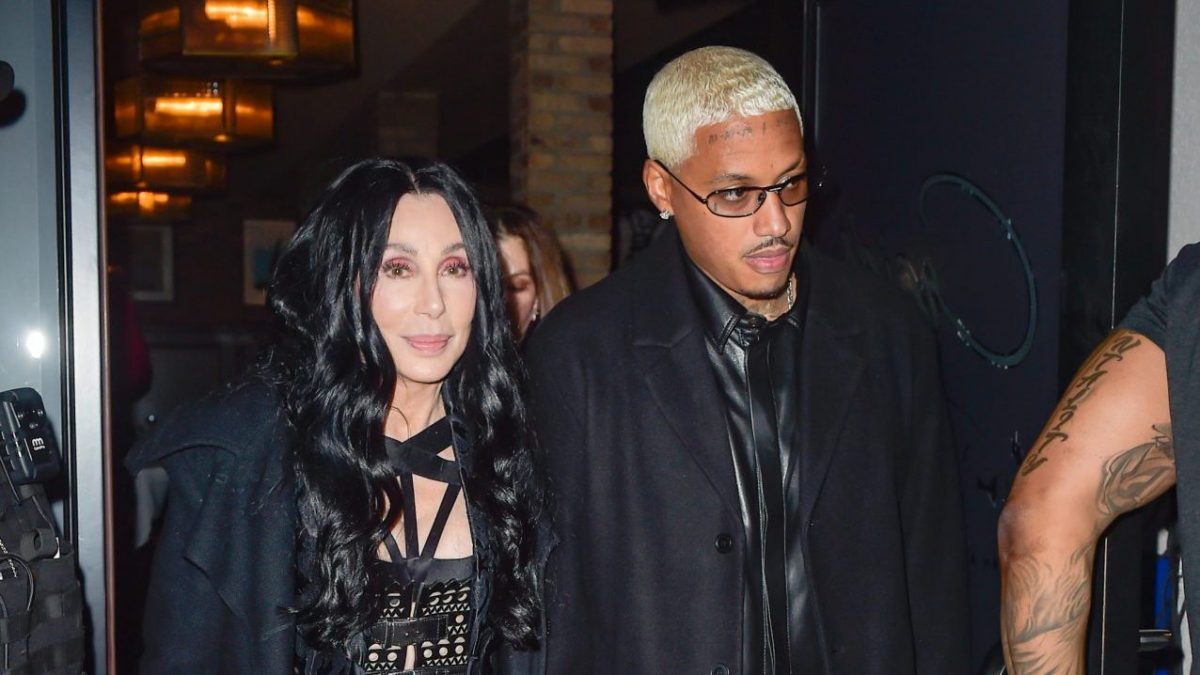 Cher Reacts To Fans Warning Her About A.E.’s Cheating History

No need to wonder! Cher has clarified that she’s “in love” with Alexander Edwards. Forget their Hollywood date night, Cher says A.E. has met the family and is giving her queen treatment!

Cher brought the dating talks back on November 6 after tweeting a zoomed-in photo of A.E. captioned “Alexander [heart emoticon].” The pop sensation started spilling details about dating A.E. after fans sent repeated warnings about cuffing him.

“BABE, ENGLISH IS MY FIRST LANGUAGE, I’M IN [HEART EMOTICON] NOT BLINDED BY IT,” Cher replied to tweets about A.E.’s cheating history. She added, “KNOW WHAT I KNOW…SMOKE DOESN’T ALWAYS MEAN [FIRE EMOTICON].”

Elsewhere in the thread under A.E.’s picture, she doubled down on choosing to date A.E.

“As we ALL know…I WASN’T BORN YESTERDAY & What I Know for sure…there are no guarantees,” Cher replied to another fan’s warning. “Anytime you make a choice, you take a chance. I’ve always taken chances…it’s who I am.”

As we All Know …I WASNT BORN YESTERDAY,& What I Know For Sure…There Are No Guarantees. Anytime you make a Choice You Take a Chance.I’ve Always Taken Chances…It’s WHO I Am

In August 2021, Alexander admitted to cheating on Amber Rose–just one day after the mother of his son Slash accused him of cheating with 12 women.

“I love her that’s like my best friend,” A.E. said on Instagram Live. “She’s the mother of my son, and I love Bash, my stepson, and shit too, you know. That’s just me, shit I like women.”

Here’s What Cher Shared About Her Connection To A.E.

When a fan asked the artist, “is this your new man,” the singer played coy, responding only with an emoticon covered in hearts. Still, she spilled on some of the most repeated questions.

Cher said she met the 36-year-old during Paris Fashion Week. Though she wasn’t specific about which season, PFW Spring-Summer 2023 took place between September 26 and October 4.

Since then, A.E. has met “everyone in [her] family,” but not her lifelong best friend, Paulette Howell. Despite his past, Cher also said A.E. is serving her right!

No …Everyone in my family has

As for the age difference between the 76-year-old and 36-year-old, Cher isn’t worried about the count.

But don’t confuse the singer opening up about her thing-thing with Edwards as her defending it! To her, there’s no need.

“I’m not defending us. Haters are gonna hate…doesn’t matter that we’re happy & not bothering anyone,” Cher tweeted.

I’m Not Defending us.Haters are Gonna Hate…Doesn’ Matter
That we’re Happy & Not
Bothering Anyone

CaratLane Records 109 Percent Growth in EBIT in Q2, Despite Dip in Overall Customer Sentiment for the Category