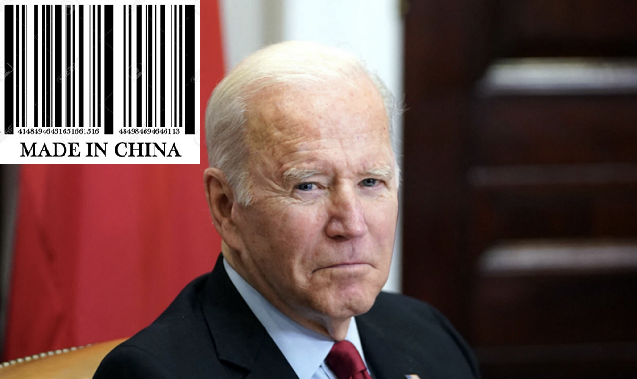 China Reaping the Rewards of Elite Capture in Washington Chuck Schumer stripped a provision from the CHIPS Act – which Joe Biden is expected to sign tomorrow – that would have prevented federal subsidies from U.S. chip manufacturers from ending up in Beijing. The measure would have barred U.S. manufacturers from making semiconductors in China that were developed with federally funded research.  The provision was offered because everybody knows China steals U.S. technology.

Beijing is enjoying success at the other end of Pennsylvania Avenue, as well.  Joe Biden sold oil from the U.S. Strategic Petroleum Reserve to China, allowing China to boost its own reserves.  Biden prohibited new tariffs on imported solar panels, overlooking potential trade violations by China which has been moving solar panel production to other countries to avoid tariffs.  In addition, the Biden administration quietly told American investors they can keep shares of Chinese companies officially blacklisted for ties to China’s military.  And he appointed a staunchly pro-Beijing banker to a business advisory council for Asia even though the banker – a Biden campaign donor – has, in one way or another, supported surveillance of the Uighurs, Chinese influence operations in the U.S. through Confucius Institutes, and China’s debt diplomacy by which it is gaining influence around the globe.

Beijing’s impressive string of successes in Washington doesn’t end with Congress and the White House.  The State Department appointed a man from BlackRock Investment Institute to the Department’s Foreign Affairs Policy Board.  The Institute advises investors to increase their stakes in Chinese companies.  Just the man to advise the State Department on “strategic competition” with China, don’t you think?

The Association of Former Members of Congress has extensive relations with the Exchange Foundation, which has been described as a Chinese Communist Party influence operation.  The Foundation donates a lot of money American colleges, think tanks, and nonprofits to buy influence.  The ties between the Former Members of Congress group and the Foundation are wide-ranging and are thought to be the tip of the iceberg of a complex lobbying operation involving consulting firms, corporate clients, and foreign entities.

Maybe the lobbying effort is how U.S. taxpayer money keeps flowing to China in the form of NIH vaccine research grants to Chinese labs, grants which help China’s military.  Grant money has also been flowing for years to U.S. labs infiltrated by China’s People’s Liberation Army.

Meanwhile, the CCCP has been busy trying to get state lawmakers in New York, California, and elsewhere to pass pro-China resolutions and threatening them when they don’t comply.

They say we’re in a new Cold War with China.  Sure feels like it.  The Chinese tell us openly they are working for world domination.  Their military has declared bioweaponry as the centerpiece of their military strategy, and we’re stupid enough to keep funding their efforts.  Senator Josh Hawley has introduced a bill to prevent federal government contracts to consulting firms like McKinsey that also have contracts with China.  Senator Tom Cotton introduced a bill to keep China from buying our farmland, which they have been doing near our military bases.  The Center for Security Policy has been working to prevent U.S. government pension funds from investing in China.  We at the grassroots can vet political candidates so we don’t send any more China sympathizers to Washington.  These measures and more are needed if we are to prevent the Chinese, who are so good at elite capture, from capturing the rest of us.

‘You See It All The Time’: McEnany Decries Double Standard After Colbert Staffers Skate