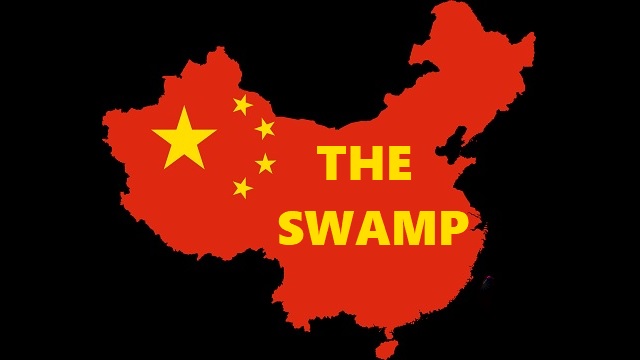 The Hunter Biden laptop is the gift that keeps on giving.  Memos on the laptop show the Biden family was involved in 21 deals in 2017 and 2018 to sell U.S. natural gas facilities and other energy assets to communist China.  The ultimate goal was to give China ownership in all different phases of the natural gas industry in the United States.  Lest you still believe the fairy tale Hunter Biden’s laptop is just Russian disinformation, you should know two whistleblowers with first-hand knowledge of the deals have stepped forward to verify the details, including the fact Joe Biden was a partner in one deal to the point he had office space to work on it.  This is another reason to elect Republicans to the House.  They have promised oversight hearings to bring all this to light.

It has also recently been reported that emails show Hunter Biden offered to introduce business associates to a high level Chinese Communist Party official, helped a Chinese influence operation gain a foothold in America, and co-founded Sinopec, the Chinese state-run energy firm to which Joe Biden has been selling oil out of the U.S. Strategic Petroleum Reserve.

But it’s not just the Biden family.  Chinese incursions into the U.S. are widespread, extending throughout the Biden administration and beyond, and involving land purchases, media and influence operations, and infiltration of college campuses.

Also thanks to Joe Biden, colleges and universities no longer have to disclose their connections to China’s Confucius Institutes.  China is rebranding the institutes to escape all the bad publicity the institutes have generated.

The Carnegie Endowment for International Peace, which receives federal funding, hired 20 members of the Chinese Communist Party between 2015 and 2021.  There are concerns YouTube demonetizes channels raising questions about China’s activities.   A Chinese biotech firm with ties to China’s military and COVID-19 program bought 1,400 acres of farmland in Florida to build a research facility.  Observers are concerned this is part of China’s expressly stated goal of developing bioweaponry.  Some 162 scientists who worked at Los Alamos returned home to China over the last 35 years to help China develop its nuclear and advanced weapons programs.

The China swamp is where personal corruption breeds national security threats.  If we’re going to expose our soft underbelly to the Chinese communists, don’t be surprised when, one day, they slice it open.

Tell your congressional representative to get on the case.  But China’s influence operations also extend to the state and local level.  You might also start asking questions about China’s involvement in your neck of the woods.

JONES: A Mother’s Journey Through The Upside Down World Of College Swimming

Is National Conservatism the Future of the Movement?