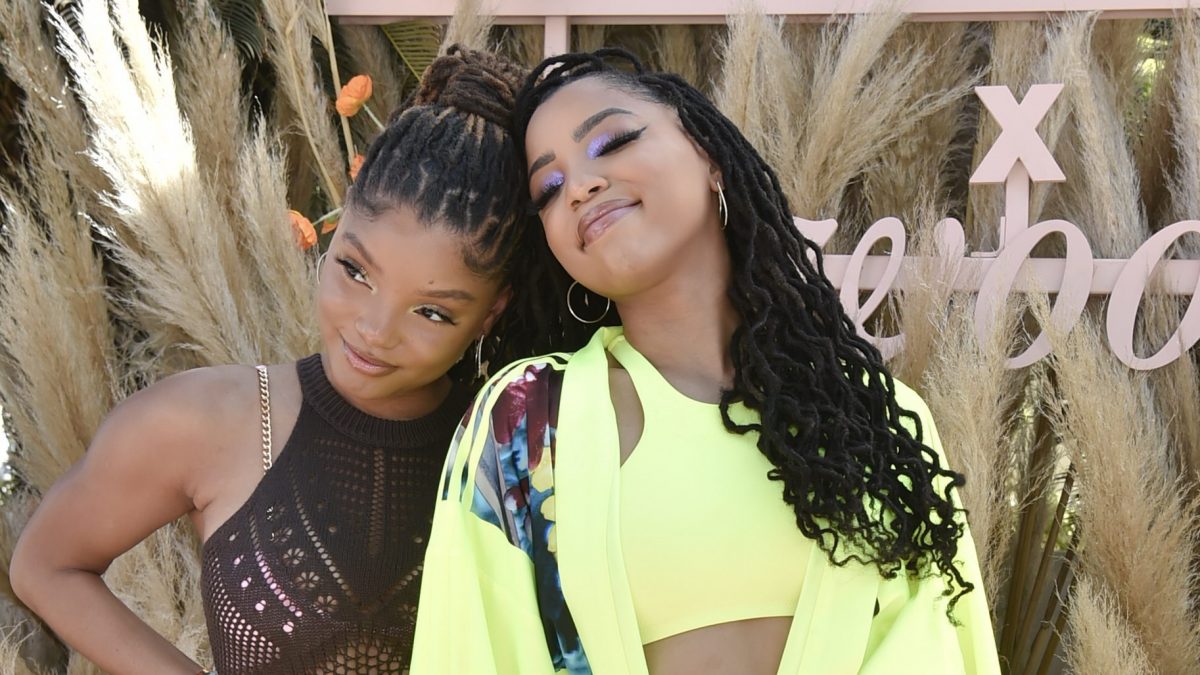 Chloe Bailey and her younger sister Halle Bailey (also known as the Grammy-nominated duo Chloe x Halle) are two of the hottest, young rising talents in the industry right now—and ‘Essence’ took the prime opportunity to capture the sisters in all their glory in its latest issue. Serving a fierce combination of face and style, Chloe x Halle also open up in the interview with ‘Essence’ about their incredibly tight bond as they navigate their way throughout Hollywood.

Diving right into it, Chloe didn’t hesitate to address her alter ego persona that has quickly captivated her fans courtesy of her on stage performances and music videos—while admitting that her everyday self is a stark contrast. She states, “That’s what I’m striving to be, if I’m 100 percent honest. As much as people think I’m so confident, 80 percent of the time I feel the complete opposite of that. That’s why I put so much of myself into my music. That’s where I feel like myself and where I belong in this life—whenever I’m onstage. The girl I see and I watch sing back, she intimidates me. I’m like, ‘Who the hell is that?’”

Meanwhile, Halle spoke about the constant online memes and chatter that she doesn’t tolerate any slander when it comes to trolls bashing her big sister, Chloe. “If you’ve got a problem with so-and-so, then we’ve got a problem. I’m a Fire sign. I’m a protector of my family. If I love you and somebody crosses you, it’s over. That’s been my stance since I was young,” she said.

Noting that their 2021 separation was “very scary” for the super close pair, Chloe explained that it forced them to stand on their own. “When sis got the role of Ariel [in the upcoming live-action remake of ‘The Little Mermaid’] it was so exciting, but it forced us to be in two different places, which was very, very scary.”

Halle echoed that sentiment and shared that she wasn’t confident she could be without Chloe in the beginning. “I was so nervous to do something on my own. I was like, ‘I don’t know if I can do it without her.’ I’m so used to her being there and giving me that final push. Seeing how Chloe’s navigated stepping out on her own is so inspiring to me. I’m so grateful for that example.”

Although Chloe x Halle currently both have their hands full with multiple solo projects, the two will definitely be back together at some point to give their fans a third album.