CII Conducting their 1st Ever E-Sports Conference 2022, ‘Rise of Esports – The Emerging Frontier’ 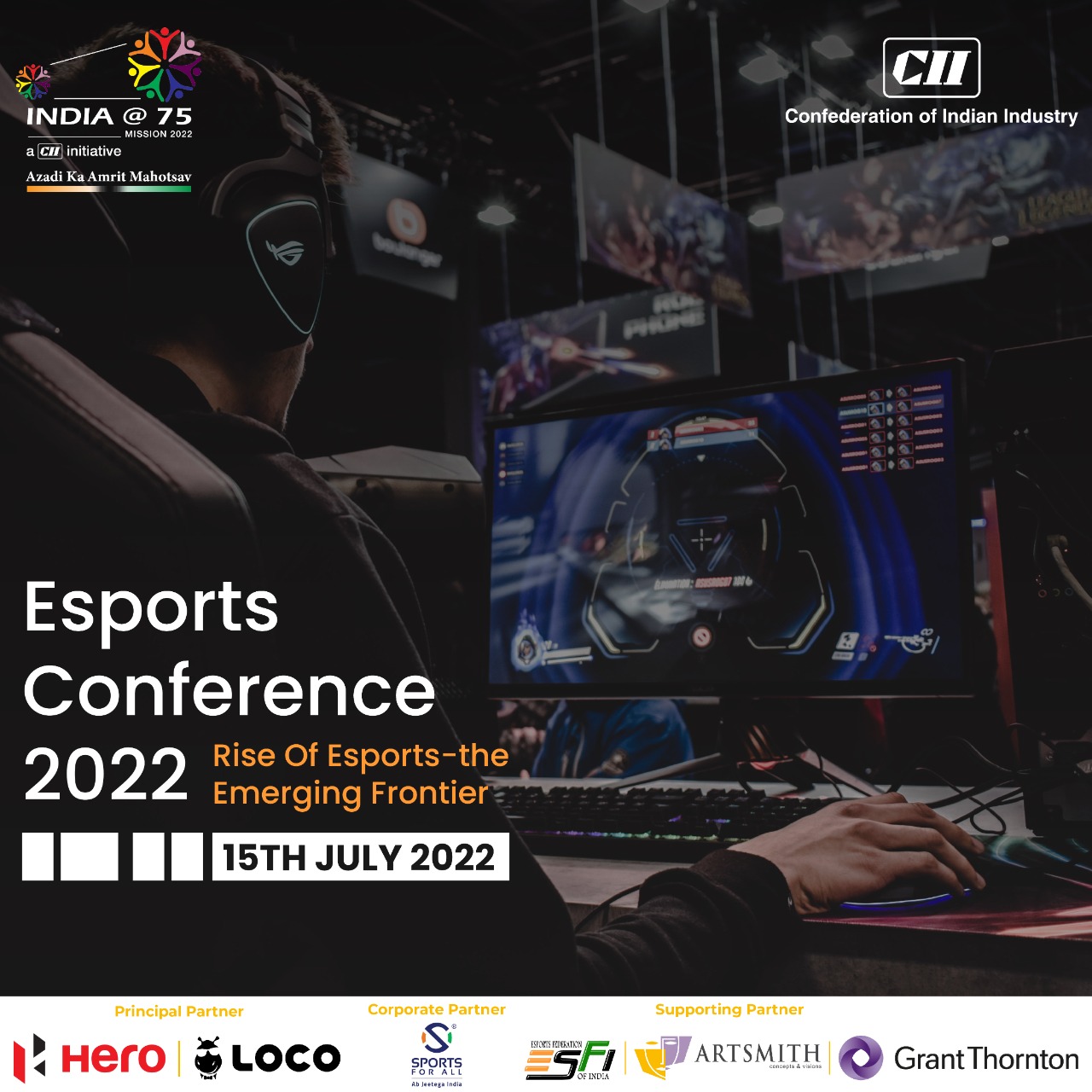 Led by the Commonwealth Games Federation CEO Katie Sadleir, top global sports administrators will discuss the growth of Esports in India as well as its potential future globally as the Confederation of Indian Industry (CII) will be conducting the Esports Conference 2022, ‘Rise of Esports – The Emerging Frontier’, on Friday.

Since taking charge last year, the former Olympian swimmer Sadlier has encouraged the development of Esports globally and has also initiated the inclusion of the sport at the Commonwealth Games, considering the active engagement of under-30 age group in Esports. According to the Commonwealth’s website, an estimated 60% of the Commonwealth’s total population of 2.5bn people come from below the age of 30.

The conference will be conducted virtually.

“Esports is among the most exciting developments in the Indian sportscape. There are already firm data that points that Indian sports fans are ready to take to esports in a big way and that India is among the most significant emerging markets for this genre across the world. We embrace this opportunity and capitalize it with the right knowledge and institutional approaches and frameworks. The CII esports conference will have the best global sports administrators sharing their perspectives and insights on the rapid growth of Esports in the world as well as in India.” said Anupam Goswami, Chairman, CII National Committee on Sports & CEO of Mashal Sports & League Commissioner, Pro Kabaddi League.

A day-long conference will begin with the inaugural session which will be followed by below sessions,

CII, an Industry body, has been shaping India’s development journey and contributing transforming the Indian industry’s engagement in national development for more than 125 years.

Interestingly, India too has seen a tremendous increase in the Esports industry over the years. The number of Esports players in the country is expected to cross the 1-million mark by this year.

Notably, the total size of India’s esports industry is also expected to touch Rs 1100 crore by the financial year 2025, according to the EY Report of 2021. With the continuous growth, 100 brands are expected to invest by 2022 compared to 72 of last year.

The discussion will be available to watch live on CII’s Youtube – https://www.youtube.com/c/FollowCII.