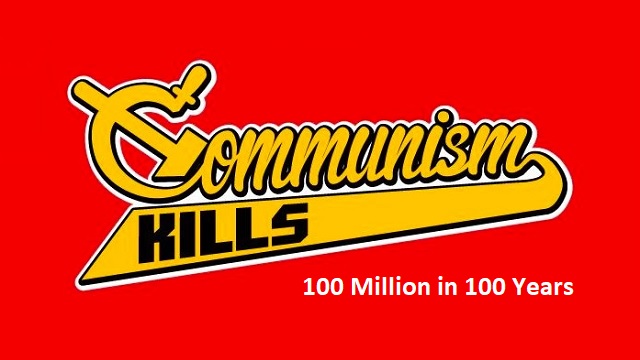 Mikhail Gorbachev, the last leader of the Soviet Union, is dead at 91.  He failed to overcome communism’s inherent economic and dictatorial flaws.  Why does it matter?  Because transgender activists, the “trained Marxists” of Black Lives Matter, and others want to bring communism to America.  If you think communism is cute, let’s start with the hundred million corpses it has produced in the last hundred years, and we’ll go from there, OK?

Gorbachev’s programs were called perestroika and glasnost.  They were both big flops.  Perestroika was his attempt to restructure the Soviet economy to rescue it from the lunacy of top-down Soviet central planning.  I have an anticommunism speakers bureau.  One of my speakers spent his professional life for U.S. AID and other trying to fix the ravaged economies of Eastern Bloc countries after the fall of the Soviet Union.  One of the stories he tells about Soviet central planning was the factory that added 10-pound plates to irons so the factory could make the tonnage quota set by central planners in Moscow.  How can you iron a shirt with that?  Pointing out the folly of central planning is important because our current crop of leaders in Washington are hell-bent on forcing us to transition to green energy, no matter what problems it causes.  Just ask Germans and Brits how happy they are with green energy at the moment.  It’s been a disaster for them, and it’s going to get worse this winter.  Oh, and California just passed a law allowing the government to set wages for fast food workers.  Central planning, here we come. Perestroika is the wrong direction for the United States, and everywhere else, for that matter.

Glasnost was Gorbachev’s attempt to reconcile the internal contradictions of the Soviet power structure.  It meant more consultative government and more freedom of expression.   But the communist party lost control after media outlets pushed the boundaries of glasnost and started telling the truth about Soviet communism for the first time.  Gorbachev became head of state in 1988.  The Soviet Union went kaput three years later.  So you see, communism was inevitable until it wasn’t.  The part about freedom of expression is important because every day, now, new stories come to light about tech companies stifling free expression in America, sometimes in coordination with the government, which isn’t supposed to happen.   Facebook just censored my commentary yesterday.   Pravda has spoken.

American socialists dismiss the Soviet disaster completely with a wave of the hand and tell you the Soviet Union didn’t ‘do communism right’.  So much for the Red Terror where Lenin killed his own people by the tens of thousands, the Great Terror where Stalin killed and imprisoned Russians by the millions, and the Holodomor famine where the Soviets took the grain out of Ukraine to finance their own industrialization, starving 7 to 10 million Ukrainians to death in the process.

So who does communism right?  Red China, according to the New York Times’ Thomas Friedman.  So, let’s take a look, shall we?

Mao starved at least 35 million – some say 65 million – Chinese in his engineered famine of the Great Leap Forward.  My Anticommunism Action Team recently held a webinar about what life in China is really like.  The webinar started with a victim of China’s religious persecution and forced labor camps talking about how the Chinese communists nailed people inside their homes during the COVID lockdown in Shanghai earlier this year, where some couldn’t get food and others couldn’t get the medical treatment they needed.  Swell folks, these communists.  The webinar went on to describe life in China without the Rule of Law, what it’s like to live under total surveillance and a social credit system, where freedom of expression is not allowed – no glasnost here, and people are killed on demand for their organs because the state can.  That’s what ‘doing communism right’ means, Thomas Friedman, you ignorant fool.

China’s communist system is producing a younger generation known for ‘lying flat’ – no higher education, no spouse, no children, no career.  They refuse to participate in such an inhumane system any longer.  Chinese communism has also produced 400 million people who have quit the Chinese Communist Party.

Hate to break it to you Leftists, but all these problems are inherent in Marxist theory.  You can’t escape them.  So the more you do communism right, the worse the economy is going to get and the more people are going to die.  What else would you expect from a system that starts out with the dictatorship of the proletariat and, somehow, never manages to move beyond it in the real world?  And you Leftists know it.  You can prattle on about social justice all you want, you just want power – wealth and power for a tiny elite.  Marxist theory is the best excuse for tyranny ever invented, and that’s the horse you want to ride all the way to the bank and to the halls of power.  But I got news for you.  Read your own history.  The revolution always devours its own.  You might think you will be among the last wave of revolutionary leaders standing, but you will either end up like Trotsky with an axe in your head, or like Robespierre with no head at all.  You might want to reconsider.   Your revolutionary co-leaders you call your friends today will be your executioners tomorrow.   Think about that the next time they’re looking at you funny.  Communism kills, and it will end up killing you.

Bluesound POWERNODE Edge Takes Control Of Your Desktop For Less

‘The Craziest Possible Time To Send An 82-Year-Old Narcissist To Taiwan’: Tucker Says US ‘Not Ready’ For War With China

‘Ransacked’: Trump Says FBI Agents ‘Didn’t Even Take Off Their Shoes In My Bedroom’ During Raid