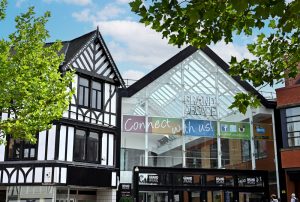 The centre located in the heart of Wigan town centre, has completed four new lettings to a mixture of independent retailers and national chains since the spring. The new tenants include; Case & Case – a luxurious, independent jewellers, Little Kitchen – an independent café located upon the upper floor in the food court, national retailer The Works and beauty retailer Glamour Point.

Mike Matthews, centre manager for Grand Arcade commented; “These new deals show optimism and confidence and are really good news Grand Arcade and Wigan. Like many other towns and centres we are working to rebuild ourselves from the aftermath of Covid-19 and Wigan was hit harder than many other retail areas. However, we understand what our customers need and we are working really hard to bring the retail mix that they want, alongside a renewed focus on marketing and enlivenment activity that will ensure we stay relevant and close to our community.”

In addition to the four new tenants, several tenants have renewed or regeared their leases including the HMV store which doubled in size in line with HMV’s new format approach to experiential stores. Other brands also renewing at Grand Arcade include The Body Shop, Schuh and Deichmann. These come on top of a host of renewals earlier in the year with names such as 02, Sports Direct and Waterstones also expressing their confidence in Wigan town centre by renewing in Grand Arcade.

The latest store openings have created over 30 additional jobs whilst the renewals have secured a further 40 roles.

Grand Arcade plans to further enhance the centre over the coming weeks with the launch of a new event zone that will provide a stream of activity ranging from free to attend events in the summer holidays, to the opportunity for retailers to directly engage with tenants with new products.

Matthews continues “It is important that we celebrate the good news stories in retail, especially where there is job creation for the local community. Retailers and landlords are working together to come up with the best solutions that work for each other and give the public what they need and want. A post covid landscape is a learning curve for all of us but where there is recovery it should be celebrated.”