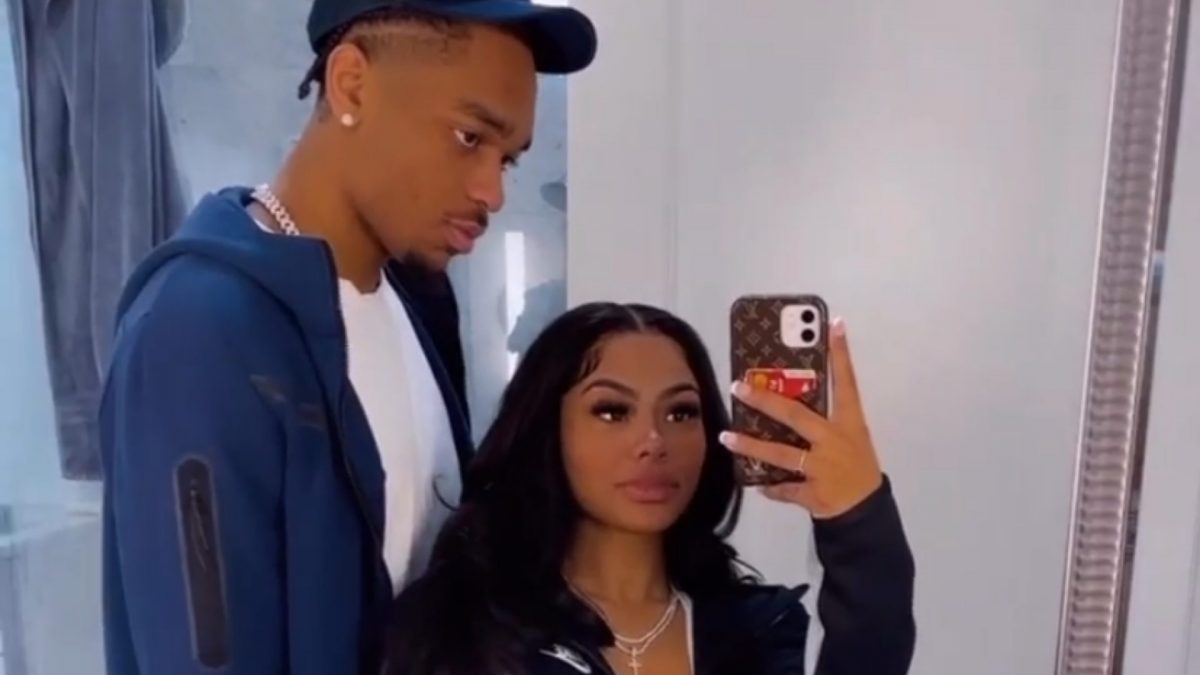 Congrats are in order to Charlotte Hornets power forward PJ Washington, who is now an engaged man.

On Wednesday, model Alisah Chanel took to Instagram to share that she and PJ are now engaged. While sharing a video of her beautiful engagement ring, which played to Jagged Edge’s 1999 hit single “Let’s Get Married,” Alisah said,

“Soooooo…..this happened this morning. Issa fiancée. WOW babe you did that…I LOVE YOU”

Last month, while celebrating her 25th birthday, Alisah shared that she and PJ are expecting their first child together. She already has a son from a previous relationship, and PJ shares a son with his ex Brittany Renner.

Following the news, Brittney went over to Alisah’s page to congratulate her and PJ on their engagement.

In the past, people had criticized Brittany for her past relationship with PJ and even accused her of trapping him after it was rumored that he pays her $200k in child support. However, recently while appearing on a podcast, Brittany made it clear that she gets $2,500 in monthly child support.

As previously reported, Brittany and PJ welcomed their baby boy last year, May, and ended their relationship shortly after.

Last week, while celebrating PJ’s 24th birthday, Alisah shared that she and PJ met the year prior. However, to her, it feels like they have known each other forever. She said, “The way you treat me is so admirable. I pray we continue to grow, I love you unconditionally!”

Congrats to PJ and Alisah on their engagement!

(Exclusive) Beloved TikTok Couple At The Center Of Murder Investigation