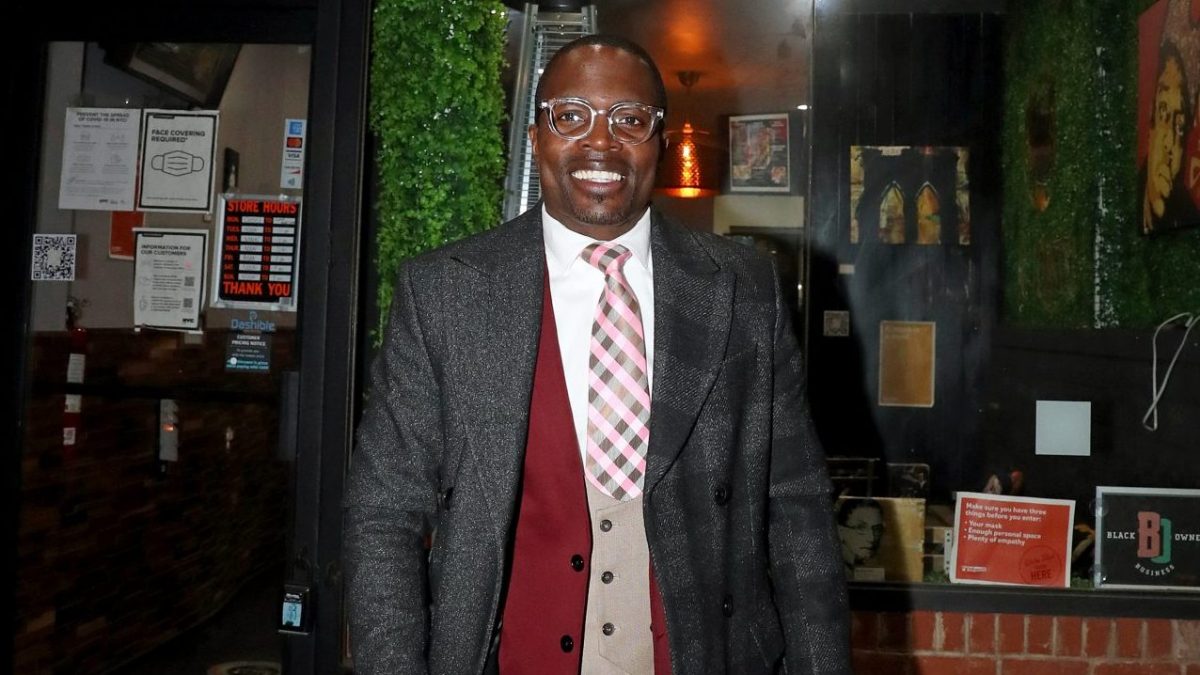 Oh, how the tables turn! Less than a week after three armed men robbed a Brooklyn bishop, news surfaced that he’s facing theft accusations of his own. According to the New York Post, one of Bishop Lamor Whitehead’s congregants filed a lawsuit in 2021, saying Lamor swindled her out of $90,000. Pauline Anderson accused the flashy bishop of convincing her to liquidate her savings in November 2020. In exchange, Bishop Lamor allegedly promised to buy and renovate a home for the 56-year-old, per the Brooklyn Supreme Court lawsuit.

Pauline admitted to having “reservations” about giving Lamor the money. However, she believed in his promise “because he was a supposed man of the cloth and had previously helped her own son secure housing for himself.”

Local outlet The City first reported the filed lawsuit on Thursday. After Pauline became a church parishioner in January 2020, her son Rasheed Anderson introduced her to the bishop. Lamor had offered to join Pauline via phone call to pray after she received life-threatening surgery.

By July 2020, Pauline sought Lamor’s help to tackle her lousy credit history and find a home. Court papers say Lamor connected Pauline with two money lenders on the phone. Both lenders reportedly told Pauline that securing a loan would be difficult for her. So, the bishop offered his help. He allegedly convinced her to invest the savings into his firm Lamor Whitehead Inc.

But Pauline hesitated, given that her savings were also her only source of income. Lamor then allegedly agreed to pay Pauline a $100 monthly allowance while he worked on her home buying process. According to the legal paperwork, Pauline cut Lamor a cashier’s check but didn’t keep a receipt after handing over the funds.

Pauline received her first monthly allowance in January 2021. Afterward, all Pauline got was excuses from the man of God. When she inquired about her coins, Lamor pointed to his campaign for Brooklyn borough president as his reason for being too busy. Text messages submitted with the lawsuit show Lamor saying Pauline’s money was already invested and challenging to access.

By May 2021, Pauline was seemingly fed up with the lack of progress in Lamor’s promise. In a May 19 text thread, she threatened to notify “the police, the press and [his] campaign” if the bishop didn’t return her money by May 25. Before her warning, Lamor accused Pauline’s son Rasheed of being “a liar and a deceiver” while offering to send proof of his investment.

“I will also send you proof and bills from people that I hire months ago to start the process of investments! And for the record anything that was given to me is a donation unless it’s attached to a contract! I was making investments that’s what I do! For the record,” the bishop wrote in texts published by The City.

Pauline fired back at the bishop before issuing her warning. She called him out for his texts in the thread, given his role in the church.

“All of this because of what? Because you took money that you refuse to pay back and now you’re quoting scripture to serve your purpose! This is so offensive and did you just go there. You said you were a man of integrity! Where in all of this is that? So much passive agressive tone to your conversations,” Pauline texted. “I told you already we are not having a back and forth! This is not my style! And it shouldn’t be yours as you lead followers. Think about that…now you are actually asking God to strike my son because you both fell out with each other unbelievable. I don’t have to tell you who you are every time you text it speaks to the heart of who you are!”

Things turned in July 2021 when Lamor accidentally emailed Rasheed a copy of a purchase contract for a $4.4 million mansion in Saddle River, New Jersey. Though the purchase never went through, per public records, Pauline’s lawsuit alleges her $90,000 was used as a down payment on the contract.

This week Pauline refused to offer a statement to the press, given that the lawsuit is ongoing. However, she is seeking $1 million in damages for Bishop Lamor’s “morally reprehensible acts,” per the court docs. According to the New York Post, Bishop Lamor has not filed papers in the case, nor has a lawyer appeared on his behalf. However, he issued a statement to the Daily News on Thursday after The City published their story.

“Her son was a member of my ministry who was removed because he was unintegral. It’s a lawsuit because of who I am,” the bishop said. He added, “Everybody that tried to sue me because of my celebrity status is just gonna keep going in trying to do what they do.”

As previously reported, Lamor and his wife Asia K. DosReis-Whitehead were robbed during a live-streamed service on Sunday. Police said the robbery occurred at about 11:14 a.m. in the middle of the bishop’s sermon at the Leaders of Tomorrow Internation Ministries in Canarsie. Initial reports said the armed men robbed the bishop, his wife, and possibly attendees of $400,000 worth of jewelry, but the New York Post suggests the amount was closer to $1 million, including a $75,000 Rolex watch the robbers took.