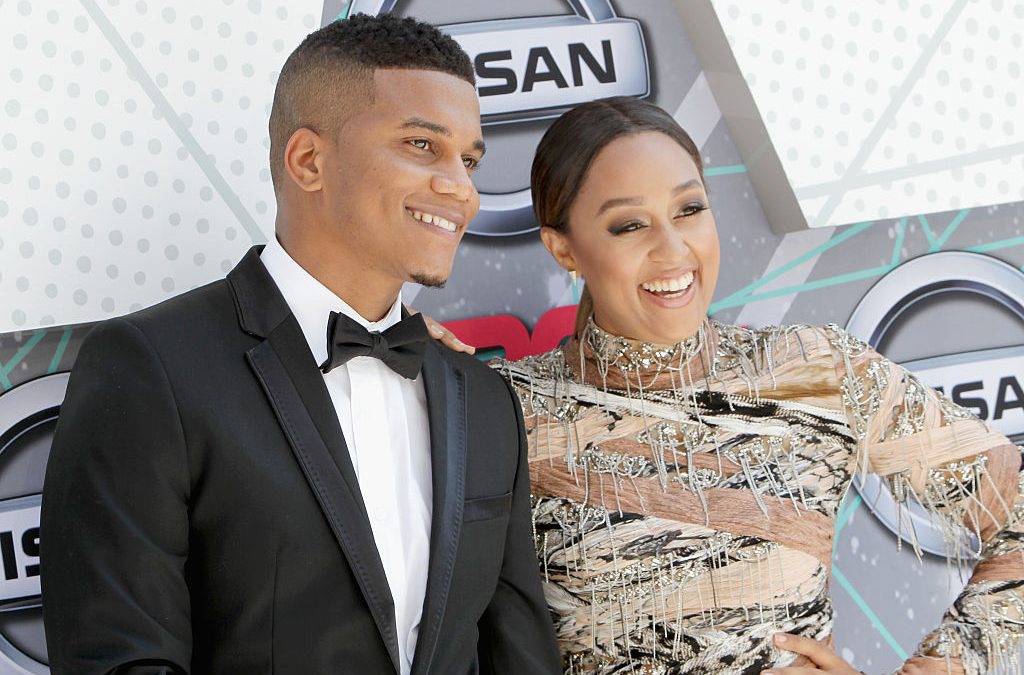 Cory Hardrict says he didn’t cheat on Tia Mowry amidst news of their recent breakup, as social media ponders the reason behind the split after 14 years together and two children between them.

In a Instagram comment regarding the couple posted Wednesday, one fan wrote: “Cory nooooo. Don’t fumble Tia!!!” to which someone replied “he fumbled already, ma.”

“How?” another questioned. “He cheated on her,” wrote a fourth commenter.

“Lies!” the 42-year-old actor responded to regarding the cheating accusations.

As The Shade Room reported earlier this week, Tia and Cory filed for divorce because of irreconcilable differences, leaving fans stunned upon learning of the split.

While Tia acknowledged the two “decided to go our separate ways,” she did not reveal the exact cause of the breakup, with many fans speculation infidelity on Cory’s part.

“I have always been honest with my fans, and today is no different. I wanted to share that Cory and I have decided to go our separate ways. These decisions are never easy, and not without sadness.”

After Cory’s response to the cheating allegations, fans took to The Shade Room’s Instagram to voice their opinions, with many siding with Cory and others calling out those who instigated the rumor.

“There y’all go making up stories.. and here comes the bandwagon 😂 BYE,” one person wrote. “I love how people that ain’t in their house swear they know some ishh,” another commented.

One commenter noted “it’s the way y’all be answering questions like y’all know Forreal,” and another adding “Why do people start rumors?”

Some Question Cory’s One-Word Response To Accusations, Others Speculate Whether Rumors Could Be True

Not everyone was satisfied with Cory’s one-word response to the accusations, however. A handful of commenters wrote they still want to know what happened, while others noted that whatever the reason was behind the divorce, Tia seems to be “DONE done.”

“I dunno but sis seems DONE done,” one person commented. “Well what happen then 😂😂😂 Corey said nawwww hold on” another probed.

“Nah, if we married and you didn’t cheat, we working it out 😂” a third wrote.

One commenter recalled a story “years back” in Cory’s defense, retelling a time when a female was “trying to talk to him (on set) and he shut it down.”

“There was a story years back that Cory was on the set and a female was trying to talk to him and he shut it down. I don’t believe he cheated. I think it maybe a midlife thing. I been married for 16 years and people change.”

What do you think, Roomies? Should fans mind their business on this one?