Home > Sports > Could Ravens Fans Be Betting on Their Team in Super Bowl 57? 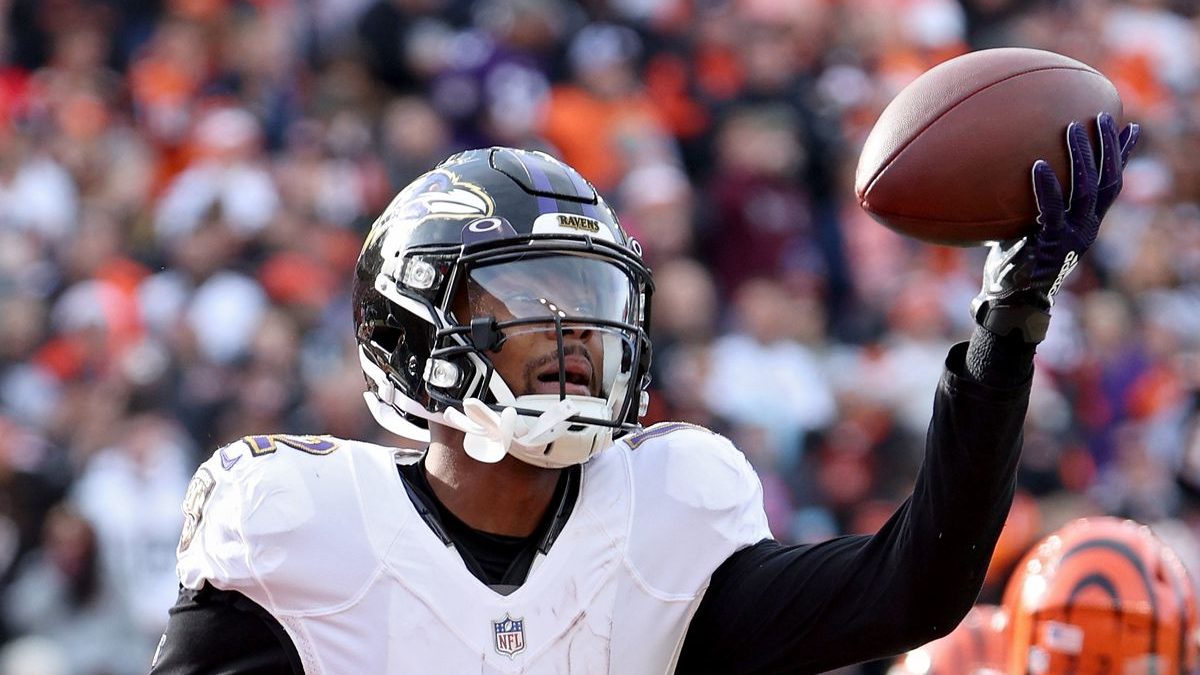 The Baltimore Ravens are back, and it couldn’t come at a better time for the state of Maryland. After an injury-riddled season last year, the Ravens are healthy, division favorites, and looking to make a Super Bowl run.

The best part of it all? It may just line up perfectly with the launch of online Maryland sports betting. Sports bettors in the Old Line State can already place bets at retail locations, but Maryland Lottery and Gaming officials are confident that online apps will start rolling out by the end of 2022.

If all goes well, Baltimore bettors will be placing parlays and player props by the postseason. Here’s why Ravens fans could be betting on their team in Super Bowl 57.

A Baltimore Ravens Super Bowl run starts and ends with Lamar Jackson. Ravens fans saw what happened last year when Jackson got injured, and it wasn’t pretty. Baltimore missed the playoffs for the first time since 2017, and a host of injuries on both sides of the ball was to blame.

This year they are healthier at running back, in the secondary, and most importantly – at quarterback. Jackson is in the final year of his contract and will have added incentive to put up a monster season. He’s off to a great start and has his team sitting on top of the AFC North early in this year’s campaign. Jackson is one of the most electric players in football, and if he’s in the game, the Ravens have a chance to beat anyone.

John Harbaugh has done it all during his time with the Ravens. Since he took the reins in 2008, he’s had 10 winning seasons, 11 playoff victories, and a Super Bowl Championship. He also won the NFL Coach of the Year in 2019 after leading his team to a 14-2 record.

Harbaugh is the winningest coach in Ravens history and has the second most playoff appearances as a head coach (19) since 2008. All of that is to say that Baltimore is in good hands when he’s at the helm.

Last year’s missed playoffs will have left a bitter taste in Harbaugh’s mouth, and you can be confident he will not let it happen in back-to-back seasons. He watched the division-rival Cincinnati Bengals make it to the big dance last year and will look to once again assert himself as the lead dog in the AFC North.

Mark Andrews is a Stud

Every team needs that one sure-handed receiver it can count on in crunch time. For the Kansas City Chiefs, it’s Travis Kelce; for the Buffalo Bills, it’s Stefon Diggs; and for the Baltimore Ravens, it’s tight end Mark Andrews.

Andrews has been an absolute beast since he burst onto the season in 2018 and has solidified himself as the unquestioned top pass catcher on the team. The 6’5 superstar is in the prime of his career at age 27, and his chemistry with Lamar Jackson is undeniable.

Andrews is off to a blazing start in 2022 and is on track to shatter his personal touchdown record. If he keeps up his torrid pace, it won’t be surprising to see Baltimore playing for all the marbles in February.

It was nothing short of a tragedy last preseason when the Ravens lost not one but two starting running backs before the season even started.

J.K. Dobbins was coming off a stellar rookie season that saw him run for six yards per clip. He was poised to have a breakout sophomore campaign before a torn ACL took him out of commission. That was followed by Gus Edwards going down for the season, and the Ravens were behind the eight ball before they had played a single regular season snap.

Dobbins has already played this season, and Edwards is set to make his return soon. The Ravens have also leaned on veterans Kenyan Drake and Justice Hill to help carry the load. Add in Lamar Jackson’s running ability, and you have a team that is back to being one of the top rushing teams in the league.

We’d be remiss to mention a Baltimore Ravens Super Bowl run without giving a nod to the team’s bread and butter – the defense. Baltimore is built on defense, and it has been the Purple and Black’s identity since 2000 when they won the Super Bowl with one of the best defenses in NFL history, led by the great Ray Lewis.

While they’ve had some hiccups early this year, you can count on them figuring it out by the time the playoffs roll around. A few rookies are still getting used to the speed of the NFL, but when it clicks, we can expect to see the same old Ravens that we’ve known for years.